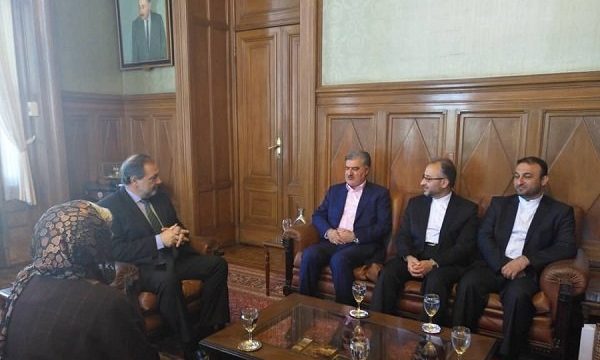 MNA – In a meeting with member of Uruguayan House of Representatives, Jorge Gandini, Iran and Uruguay Parliamentary Friendship Group exchanged their views in the field of expansion and development of bilateral parliamentary cooperation.

For his part, Abdol-Reza Azizi Chairman of Iran and Uruguay Parliamentary Friendship Group pointed to the 112-year history of amicable relations between the two countries and placed special emphasis on the necessity of optimal use of parliamentary capacities of the two countries for expanding bilateral ties especially in trade and economic fields.

He pointed to the salient and significant achievements of the Islamic Republic of Iran in various arenas including science, nanotechnology, biotechnology and stem cells and added, “after implementation of the Joint Comprehensive Plan of Action (JCPOA), many countries especially European countries seized this opportunity to expand their trade and economic ties with the Islamic Republic of Iran.”

He described the economic capacities between Iran and Uruguay ‘as complementary to each other’ and refered to the significant role of the two countries’ parliaments in expanding bilateral trade and business relationship in international level.

In this bilateral meeting, the two sides exchanged their views on organizing a joint commission between the two countries which is going to be held in near future.