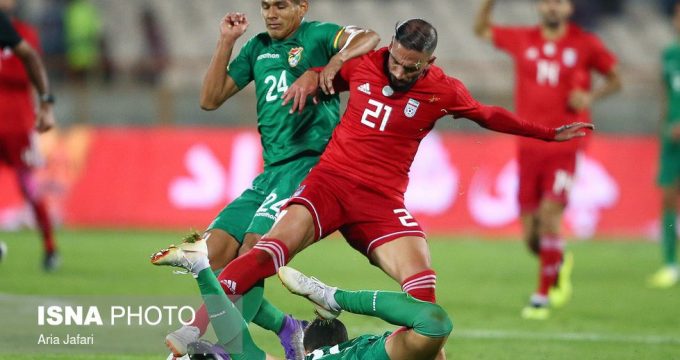 Press TV – Iran have posted a narrow 2-1 win over Bolivia at Azadi Stadium in Tehran.

The Iranians came out attacking from the beginning and opened the scoring in the 17th minute when Alireza Jahanbakhsh found the net on a rebound.

Jahanbakhsh thought he scored his second in the 29th minute but it was disallowed for offside. The South Americans piled up the pressure after the restart and scored the equalizer in the 51st minute through Henry Vaca.

Iran had several chances afterwards but they had to wait until the 63rd minute when Mehdi Torabi made it 2-1 to secure the victory for the hosts.