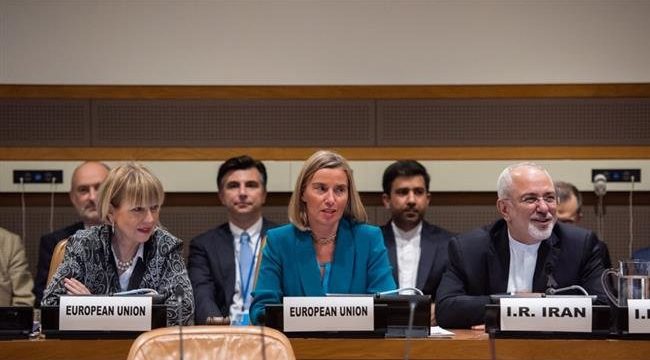 The website said, ‘As part of the effort to salvage the Iran nuclear deal, European governments have vowed to maintain their economic ties – not least their banking connections – with Iran. As of November 4, the US sanctions targeting Iran’s banks will make it extremely difficult for the European companies to engage in transactions with firms in the country. Many of the pathways to reduce the secondary impact of the US secondary sanctions on the European financial sector present significant technical and political challenges, however, Europe is determined to take preventive measures to enable European banks to operate with Iran.’

One of these is the creation of a legal entity to accomplish certain tasks. Establishing this mechanism is to facilitate payments to Iran. The special mechanism will allow European companies to continue their work with Iran in accordance with European laws. Europe wants to show its ability to fulfill its obligations, with the initiative of a special mechanism. The United States reacted to this mechanism and declared that we will not allow Europe or others to oppose the US sanctions.

Although the European Union has shown its determination to support the continuation of cooperation with Iran, the special mechanism will be one of the important steps, but there are significant challenges to this framework of cooperation. If the United States imposes a new law and boycotts those involved in this plan, then not only efforts to circumvent the sanctions be disrupted in this way, but in some cases like medicines and foodstuffs that are exempted from sanctions, active people will also be included in the US sanctions. Hence, there are some doubts still about the effectiveness of the mechanism.

The unilateral withdrawal of the United States from Iran’s nuclear deal and the Group 5+1, is contrary to the requirements of countries to adhere to international agreements. Therefore, the Europeans need to adhere to commitment to continue to cooperate with Tehran, in contrast to Trump’s decision to withdraw and impose sanctions on Iran.