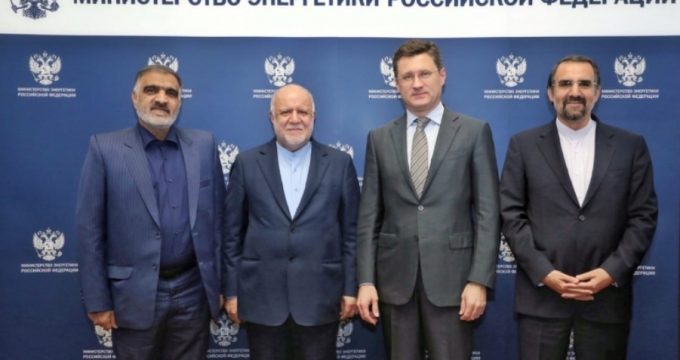 Alexander Novak made the remarks in a meeting with Iranian Petroleum Minister Bijan Namdar Zangeneh, according to Russian Energy Ministry.

During the meeting, both sides discussed bilateral cooperation between Iran and Russia in fuel and energy field, international oil market condition and the possibility of more production under OPEC-plus agreement.

Russia and Iran are in permanent contact which will help reinforcing cooperation in all levels of trade ties especially in energy sector, Novak said.

Zangeneh who is in Russia together with Iranian Ambassador to Russia Mahdi Sanaei held talks with Novak.

Novak has recently described US President Donald Trump’s tweets as creating confusion in oil market, saying Trump’s claims will provoke global oil market and as a result the oil price has increased.