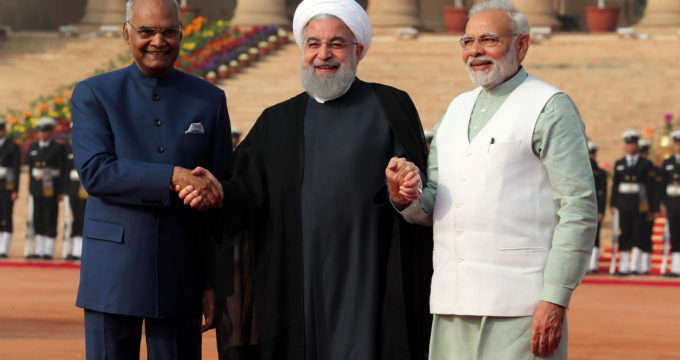 India, Iran to speed up Chabahar plan before US bans

Press TV – Indian media have quoted informed officials as saying that the country plans to speed up the development of Iran’s Chabahar port before the new round of US sanctions against Tehran are put into place.

The Economic Times quoted unidentified officials as saying that Tehran and New Delhi would rush to complete the first berth of Chabahar port to make it operational within the next weeks.

Earlier reports said that India had pledged $500 million for the port, which would become operational by 2019. The port would allow Indian shipments to bypass Pakistan on the way to Afghanistan and farther into Europe.

In May 2016, India Ports Global Private Ltd and Iran’s Arya Banader had signed a commercial contract for the development and operation of Chabahar port.

According to the contract, India would construct two terminals (five berths) at the port with an investment of $85 million for procurement of port equipment. In addition, India would provide Iran a $150 million loan through the Export-Import Bank of India (EXIM Bank) for the project.

In February, Iran signed an agreement to lease the operational control of phase one of Chabahar port to India for 18 months.

The project would provide India with an easier land-sea route to Afghanistan. Last November, India sent its first cargo of wheat to Afghanistan through the same port in what appeared to be a run dry of a multi-modal connectivity route. The cargo was shipped from India’s western port of Kandla, was unloaded at Chabahar and eventually taken to Afghanistan’s Nimroz province by trucks.

The project to develop Chabahar port started in 2007 through an investment that officials previously said already amounted to $1 billion.

The annual cargo tonnage of the port which is Iran’s only oceanic facility has now almost tripled to reach as high as 8.5 million tonnes.

The overall development project is planned in four phases and is expected to bring the port’s total annual cargo capacity to 82 million tonnes.

A rail link between Chabahar and Zahedan and thereon to Afghanistan is a crucial part of India’s ambitious extra-regional connectivity ambitions over which Tehran, New Delhi and Kabul have signed a basic agreement.