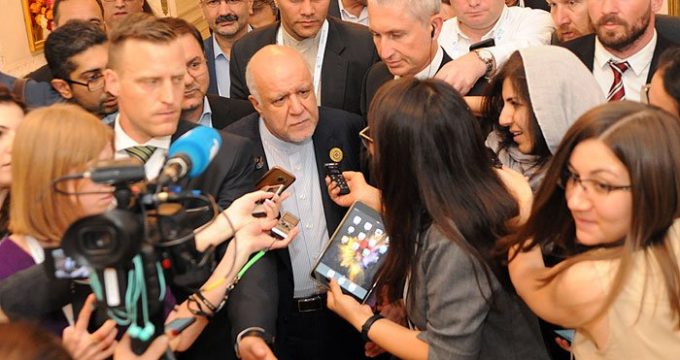 Speaking to reporters on the sidelines of an energy conference in Tehran on Tuesday, the official underlined the highlights of his Monday talks with Russian energy minister, saying the negotiations were focused on oil market conditions and the conditions of sanctions.

He touched on the US policies towards the oil market saying that “They [the US] tend to pierce a needle in their body and then keep nagging, while it should be told them that they need not needle themselves; stop the sanctions and the prices and the market will be balanced again.”

He said the market was faced with shortages currently and none of the producers were able to offset it, while Saudi Arabia was tapping its oil inventories to supply the market.

“Trump thinks he can reduce the prices by bullying other countries,” he said, adding the market was severely concerned about the future while oil producing countries are being targeted by the sanctions one after the other. “How long can this continue? What will be the future of the oil market?”

The iranian official said that US president had so far failed to persuade the market which had caused troubles in the oil market, and “we are a part of the market as well.”