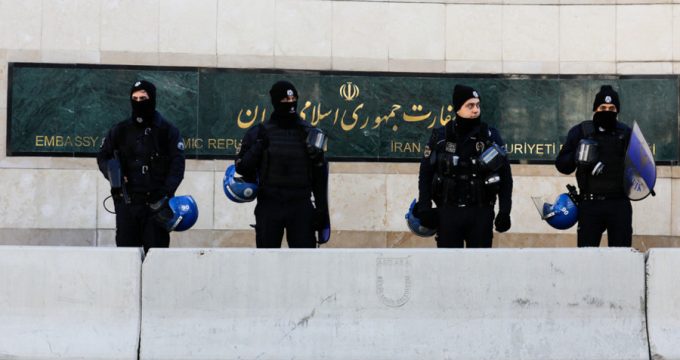 RT – Tehran has denied reports that its embassy in Ankara was evacuated over a bomb-plot notice, Iran’s media reports, citing the Foreign Ministry. Security had been still stepped up, it added.

Earlier, Turkish news outlets said that local security discovered a notice on a potential bomb attack and that the Iranian ambassador was evacuated from the building. It was also said that the area near the site has been cordoned off.

However, the information was later refuted by Iran’s Foreign Ministry, Press TV reports.

Iranian official at the diplomatic mission also confirmed that all staff were present at the embassy and that it was open for consular activities, according to the Iranian Tasnim news agency.

The attacks on the #Iranian embassies in #Athens and #Paris mobilized #Ankara‘s security. Security measures were increased in front of #Iran‘s Embassy in Ankara in case of an attack. pic.twitter.com/S9jKiYUviq

An increased Turkish security presence has been noted around the embassy, however the Iranian officials was unaware for their reasons for doing so.

bomb plot, Iran Foreign ministry, The Iranian Embassy in Ankara, Turkey October 15, 2018
In Defense of Freedom: Iranian dailies urge Western counterparts to protest US sanctions
With eye on interests, Iran to press on with FATF