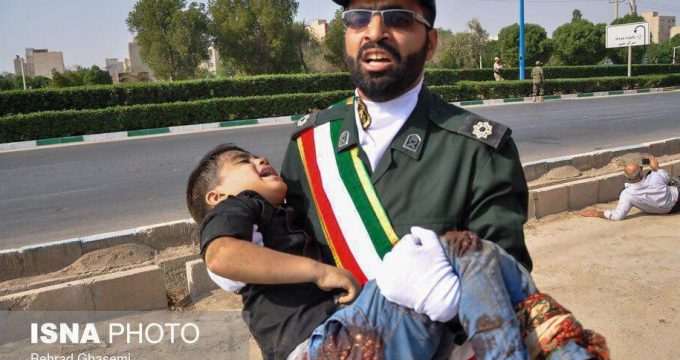 Al-Monitor | Ehsan Bodaghi: Nearly three weeks have passed since a deadly terrorist attack targeted a military parade in Iran’s southwestern city of Ahvaz. Some say this attack was the result of negligence on the part of the military and security forces, with resulting calls for these organizations to be held accountable. This is a somewhat new concept in Iran, as the military and security forces have always been immune to criticism under the rationale that the country owes its security to them and that demanding such answers from this sector is out of bounds.

The Sept. 22 attack saw four terrorists open fire on an annual military parade, killing two dozen people and wounding over 90 others in the capital of Khuzestan province. An investigation was immediately launched to see why and how this attack had happened. Ali Sari, a member of parliament representing the city of Ahvaz, was the first official to demand accountability in a Sept. 24 interview with the government-run Iran daily. He said, “We have to frankly ask ourselves who oversees security and then ask them why this happened. After [last year’s Islamic State] attack on parliament, we did not question those responsible for maintaining security. But now that this bitter incident has happened again, they need to explain where the potential negligence stemmed from.” Sari also revealed that many residents in Khuzestan possess firearms, and that no one has done anything about it. He said military and security officials must also accept their negligence in this matter.

Meanwhile, parliament held a closed session Oct. 3 to examine the dimensions of the attack. During the session, Iranian security personnel announced that over 30 individuals of various ranks and positions who oversaw safety at the parade had been dismissed and referred to court. News of this announcement was made by member of parliament Gholam Ali Jafarzadeh Emenabadi, who highlighted the “weakness of intelligence and security observations” during the session.