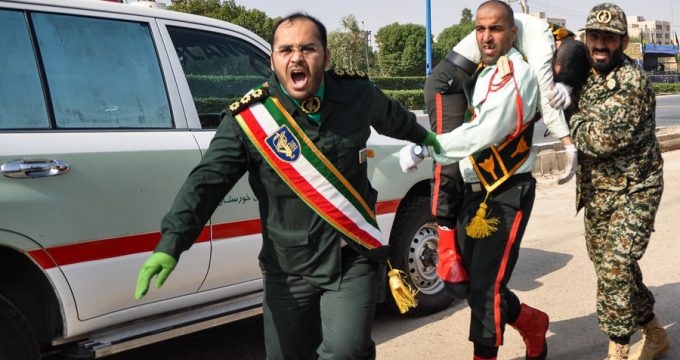 Reuters – Iran has arrested a member of its military in connection with a gun attack on a military parade in the city of Ahvaz last month which killed 25 people, semi-official Fars News agency reported on Sunday.

Islamic State militants also claimed responsibility. Neither group provided conclusive evidence to back up their claim.

“Eleven people were summoned and one was arrested, all of whom were military, and the case has been sent to Tehran,” Gholam-Hossein Mohseni Ejei, spokesman for the judiciary, was cited as saying by Fars.

Ejei did not provide any further details.

Activists in the Ahvaz region have accused Iranian security forces of detaining their colleagues after the shooting attack last month.

Alavi did not give further details on the identities of the militants, nor did he indicate when the cells were uncovered.