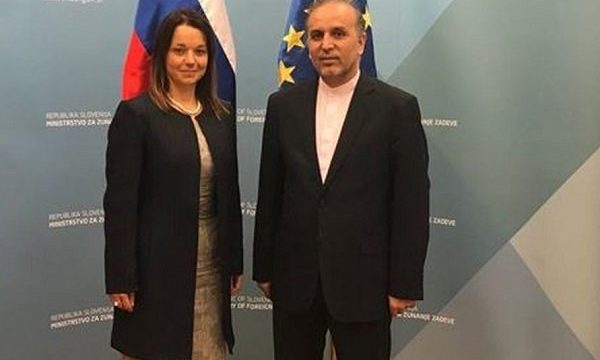 MNA – The Slovenian Deputy Foreign Minister Simona Leskovar has met with Iranian ambassador to Ljubljana Kazem Shafei during which she vowed her country’s support for Iran nuclear deal.

In the Wednesday meeting, Simona Leskovar pointed to the meeting between the two countries’ foreign ministers on the sidelines of the 73rd Session of the UN General Assembly, reiterating her country’s support for Iran nuclear deal.

Leskovar said “we welcome continuation and strengthening of political consultations between Iran and Slovenia.”

The Iranian ambassador, for his part, expressed his satisfaction with the principled and transparent stances of the Slovenian officials on the nuclear deal, especially after the United States’ withdrawal from the deal, calling for the strengthening of the practical and concrete support of the European Union, especially Slovenia, as a member of the union.