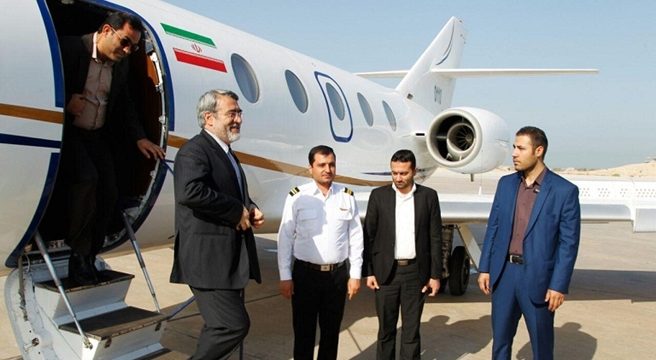 IFP – Iranian Interior minister Abdolreza Rahmani Fazli has travelled to Ankara at the head of a high-ranking political delegation to meet with Turkish officials and discuss security issues.

His Thursday trip has been made upon the official invitation of his Turkish counterpart Süleyman Soylu with the aim of expanding bilateral engagement in political and border issues.

According to IRIB, discussing the border security issues and reviewing ways to increase collaborations are top on the agenda of Rahmani Fazli’s one-day trip.

The two sides would mainly discuss the fight against drug trafficking, combating human trafficking and counter-terrorism.

Rahmani Fazli will visit the city of Konya and the tomb of renowned Persian poet Rumi after his negotiations.