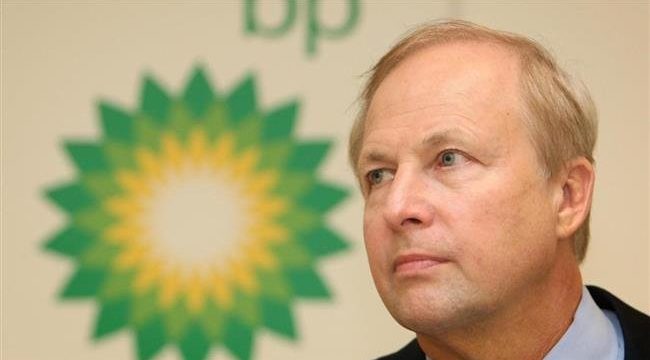 Press TV – As the US is preparing to restore sanctions against Iran’s oil exports within weeks, concerns are already rising among corporate leaders that oil prices could rise to unprecedented highs.

BP’s Chief Executive Bob Dudley was quoted by media as saying that Uncertainty surrounding Iran’s oil industry ahead of forthcoming US sanctions could prompt “extreme volatility” for oil prices.

“I think it’s going to be 45 days of extreme volatility, it could spike up, it could also go the other way,” Dudley told CNBC news network.

The second wave of sanctions that would hit on November 4 would aim to bring Iran’s oil exports to zero as claimed by US officials.

This follows a decision by US President Donald Trump to withdraw from a nuclear deal that Washington – together with Britain, France, Germany as well as Russia and China – signed with Iran in 2015.

The deal envisaged the removal of nuclear-related sanctions against Iran in return for steps by the country to restrict certain aspects of its nuclear energy activities.

Trump signed the first wave of sanctions effective in August when he ordered restrictions against Iran’s financial, automotive, aviation and metals sectors.

The prospects for the returning sanctions have already made consumers look for waivers from the US to continue purchasing Iran’s oil.

This, as BP’s chief testified, could help lower oil prices.

“If waivers were granted to others, to big oil consuming countries, you could see it (the price) go down, there’s a lot of uncertainty right now,” Dudley said.

Some analysts predict as much as 1.5 million barrels per day could be removed from the market, an event that could cause prices to rise further. On Wednesday, Brent crude futures were trading at $84.96 per barrel while U.S. West Texas Intermediate was trading at $74.92, CNBC’s report added.