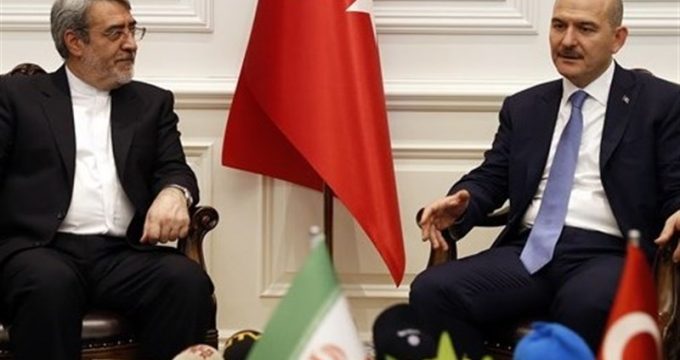 “Strengthening the relations between the two countries, in all circumstances, is one of Iran’s priorities,” Yeni Safak quoted the Iranian official as saying in a Thursday meeting in Ankara with his Turkish counterpart Suleyman Soylu.

He also underscored the necessity of working together in regional matters.

“Regional matters must be resolved by the regional countries. We recognize Turkey as one of the most important and effective countries in our region,” he said, according to the Turkish daily.

For his part, Soylu referred to the historical ties between Iran and Turkey, saying the two countries have taken significant steps in the last two years on cooperation and responsibilities.

“The bilateral cooperation and steps we have taken during rough times has not only increased hopes but also encouraged and strengthened us,” he stated.

He further said that the close cooperation between the two countries has recently become high-level.

The two ministers, along with the delegation accompanying Rahmani Fazli, later continued their meeting with doors closed to the media.

Iran and Turkey have ramped up efforts in recent years to boost bilateral trade, setting a $30-billion annual trade target and signing several agreements to enhance cooperation in various areas.