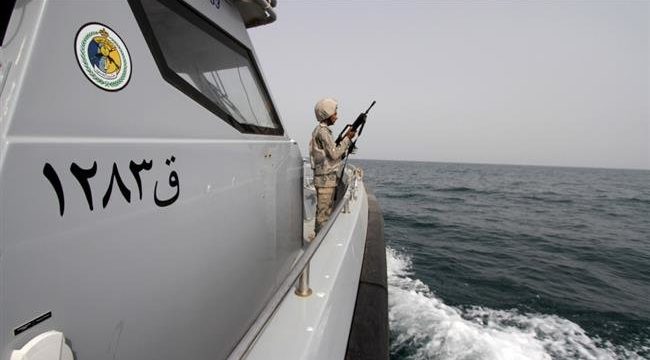 Press TV – Yemeni naval forces have targeted and destroyed a Saudi military boat off the war-torn country’s northwestern coast, killing all aboard the vessel.

The al-Masirah television network reported that the retaliatory attack by Yemen’s Houthi Ansarullah movement took place off the Midi coast on Wednesday.

The Saudi-led coalition has not yet commented on the counter-attack, which came amid a rise in its airstrikes on the port city of Hudaydah, a lifeline for millions of people.

Earlier reports suggested that 86 Yemenis had over the past two days fallen victim to Saudi-led air raids on the strategic Red Sea port city.

AFP cited military and medical sources as saying on Tuesday that the Saudi aerial assaults had pounded an area close to the Hudaydah port, two farms and two training camps for the Houthi Ansarullah movement in the past 48 hours.

Saudi Arabia and its allies launched a brutal war against Yemen in March 2015 in an attempt to reinstall the former Riyadh-allied regime. The Houthi movement, backed by allied Yemeni armed forces, have been defending the country against the Saudi-led aggression.

Back in June, the Saudi-led coalition launched the Hudaydah offensive despite international warnings that it would compound the war-torn nation’s humanitarian crisis.

It stepped up the Hudaydah campaign in September following the collapse of United Nations-backed talks between the warring sides.

Hudaydah is the entry point for most of Yemen’s imports and aid supplies. The Saudi-led coalition claims that the Houthis are using the port city for weapons delivery, an allegation rejected by the fighters.

The picture taken on September 13, 2018 shows the carcass of a car destroyed in a Saudi airstrike during clashes between militants loyal to former Yemeni President Abd Rabbuh Mansur Hadi and Houthi fighters near the eastern entrance of the Yemeni city of Hudaydah. (By AFP)

So far, the aggressors have been unable to penetrate the defenses of the Houthis in Hudaydah.

Last week, the Saudi-led coalition announced that it had sent Sudanese reinforcements to the Hudaydah front.

“The aim of the arrived Sudanese servicemen will be to reinforce troops already deployed there” in order to occupy the territories under the Houthis’ control, the coalition said in a statement.

The Western-backed war on Yemen, coupled with a naval blockade, has destroyed the country’s infrastructure and led to famine as well as a cholera outbreak.