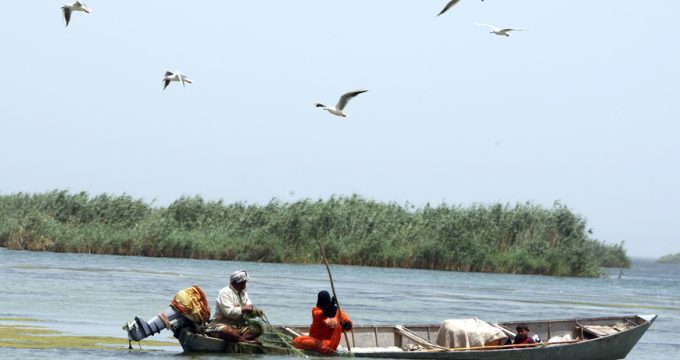 Al-Monitor | Shaghayegh Rostampour: A mother covers her daughter’s mouth and nose with her headscarf as they rush through the heavy smog that blankets a crowded street. She stops to cough, but then continues to walk while covering her own mouth with her free hand. Maryam and her daughter Mina are not the only ones struggling with the air in this southwestern Iranian city. For over two months, Ahvaz and its people have been choked by fires engulfing the Hawizeh Marshes that straddle the border with Iraq. Nearly two-thirds of the marshes are located in Iraq, with the rest not far from Ahvaz.

In mid-August, the governor of the town of Hawizeh, west of Ahvaz, said fumes and the smoke from flames originating on the Iraqi side of the marshes have sent over 250 people to the hospital. Things are not looking any better on the Iranian side of the border.

Dr. Shiva Akbari Fazli, who works in a hospital in Ahvaz, told Al-Monitor that her ward has received dozens of patients suffering from respiratory problems in past weeks. “Many of the patients who come to our hospital are not aware of the conditions that they have,” she said. “They are mostly people with allergies or asthma problems that had gone undiagnosed so far. Now with the smoke in the air, we see several cases of asthma attacks or skin problems like eczema. Even people without health conditions could get coughs or teary eyes, but the conditions could get critical when a patient has allergies or is asthmatic.”