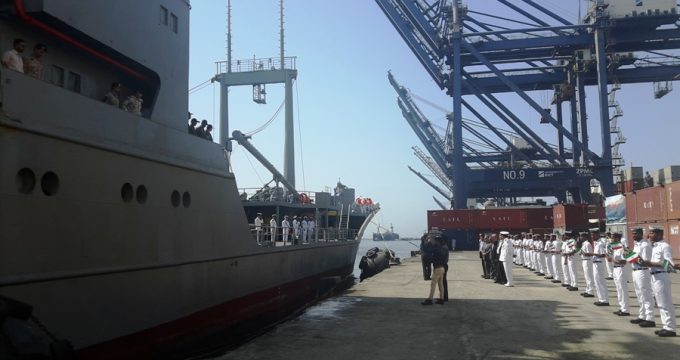 IRNA – Iranian 57th naval flotilla has docked at the Pakistani port of Karachi for goodwill-cum-training visit.

Captain Amir Hosseini Aranai, the commander of the Iranian flotilla in an interview with the Islamic Republic News agency (IRNA) said the visit is in line with great maritime tradition and to further strengthen the existing warm and cordial relations between Iran and Pakistan.

He added that the visit would also help Iran display military might and strength of its navy.

He said that during the three-day stay at Karachi, Iran and Pakistan navies will hold joint drills in Pakistani seas.

The commander went on to say the visit would help strengthen mutual collaboration between the two navies.