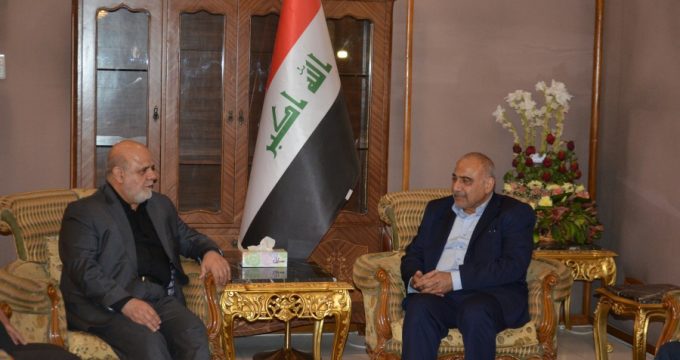 During the meeting, Masjedi congratulated Abdul Mahdi on his election as the country’s new prime minister.

Both sides also discussed bilateral ties as well as avenues for promoting them in the economic and commercial fields.

Salih has named independent Shia candidate Adel Abdul Mahdi as prime minister-designate, after an inconclusive national election in May.