A Look at Iranian Newspaper Front Pages on October 10

Iran Front Page – IFP has taken a look at the front pages of Iranian newspapers on Wednesday, October 10, 2018, and picked headlines from 15 of them. IFP has simply translated the headlines and does not vouch for their accuracy.

Several papers today covered the surprising resignation of US Envoy to the UN Nikki Haley, which was later accepted by US President Donald Trump.

Also a top story was the threatening messages Iranian lawmakers recently received over their decision on a convention on Combating the Financing of Terrorism (CFT). They particularly highlighted Vice-Speaker Ali Motahari’s request from the Judiciary to prosecute those behind the messages.

4- US Concerned about Fate of Saudi Journalist

5- Larijani: Iran to Keep Trying to Save JCPOA 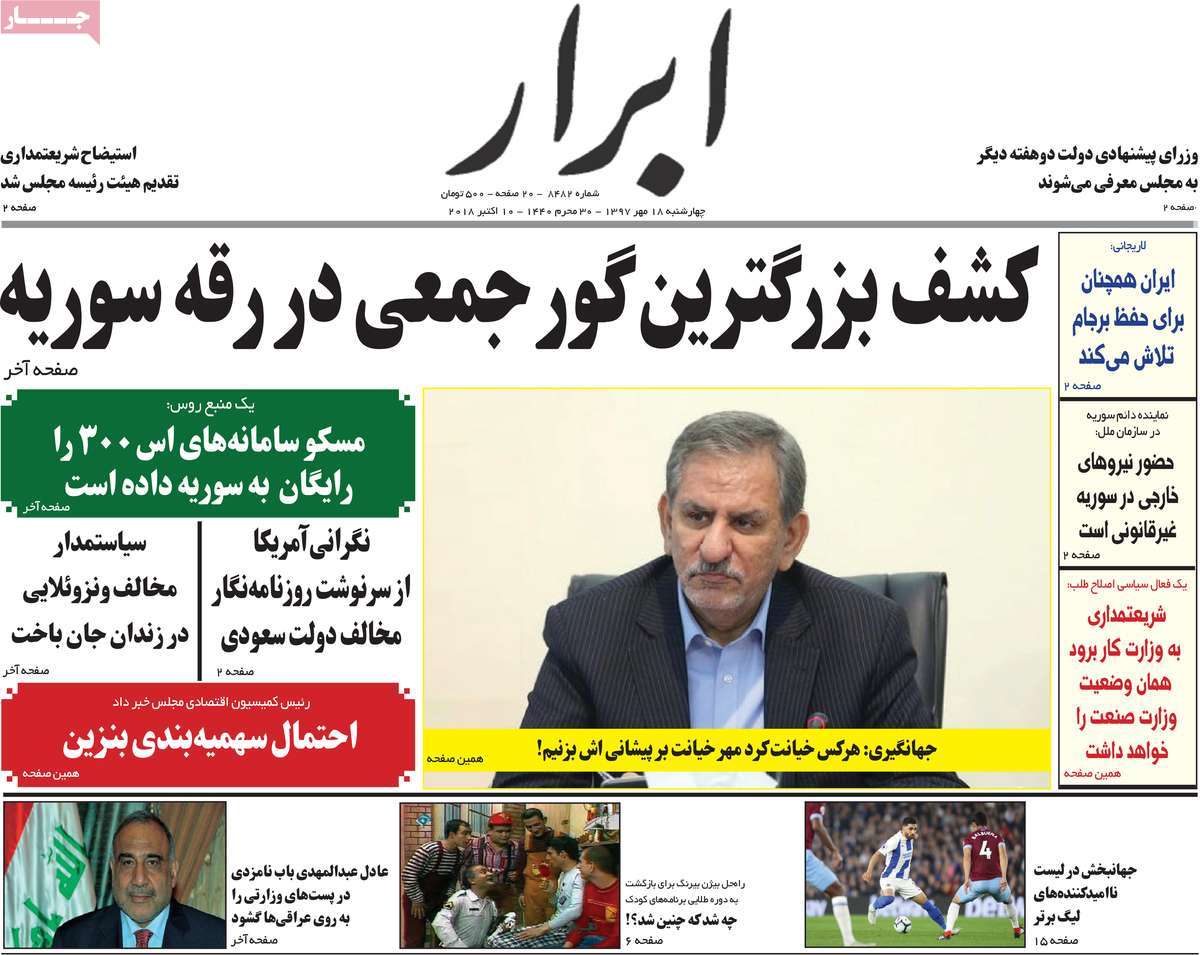 2- We Shouldn’t Expect [Accession to] CFT to Do a Miracle: Analyst 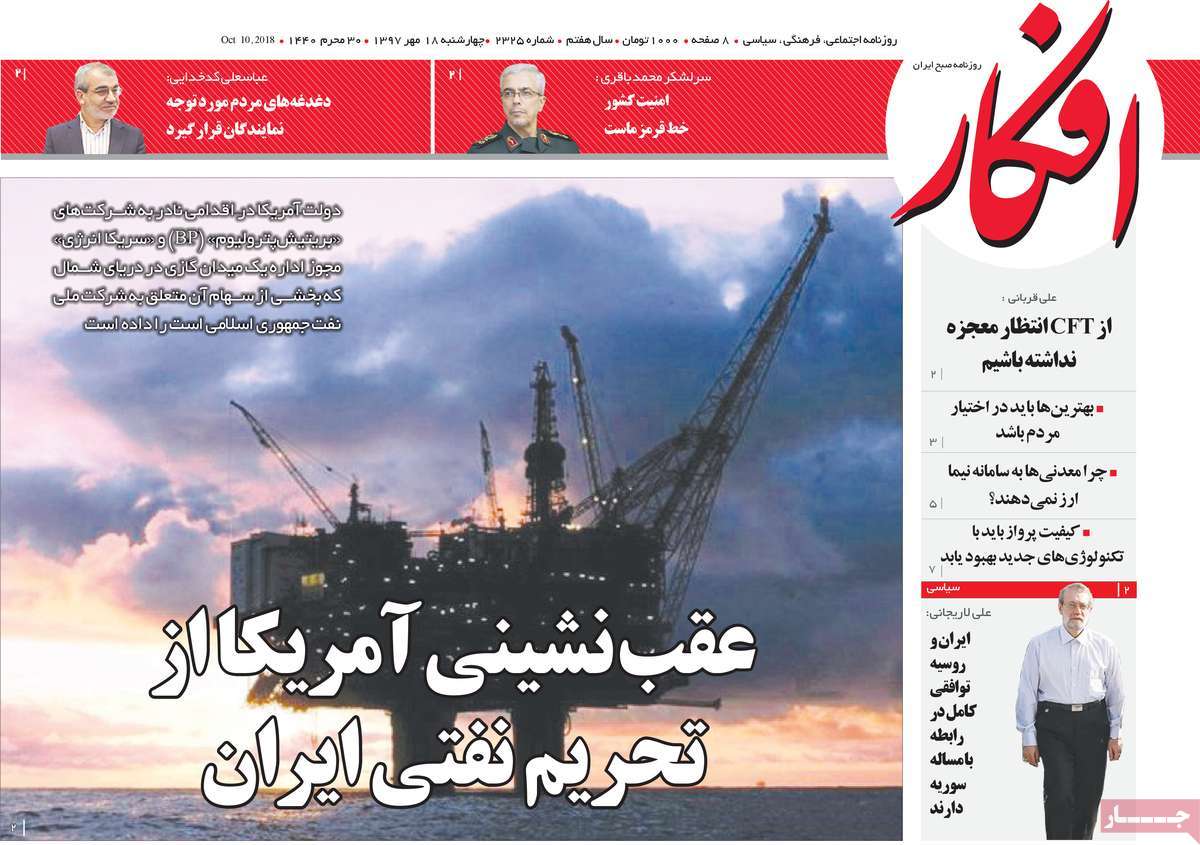 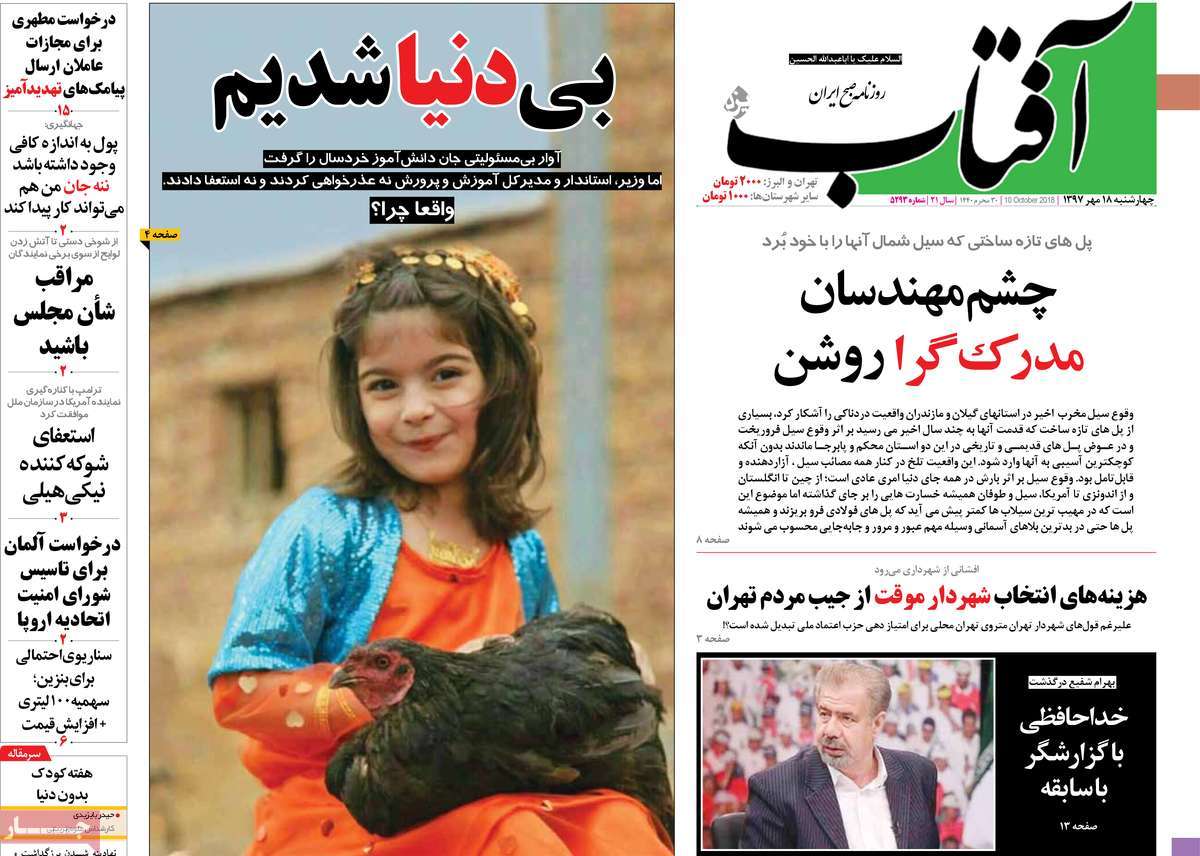 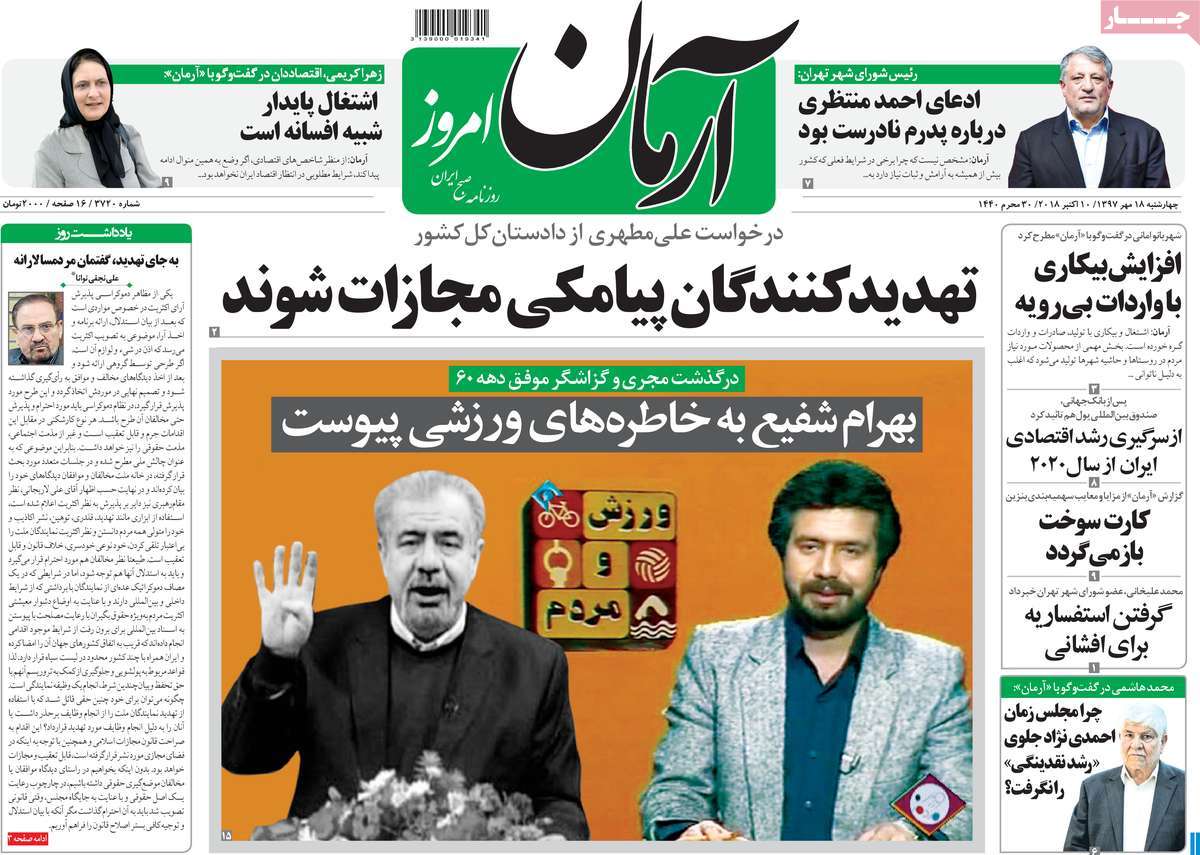 1- SWIFT, a Barrier to Iran Sanctions: Division in US Treasury Department 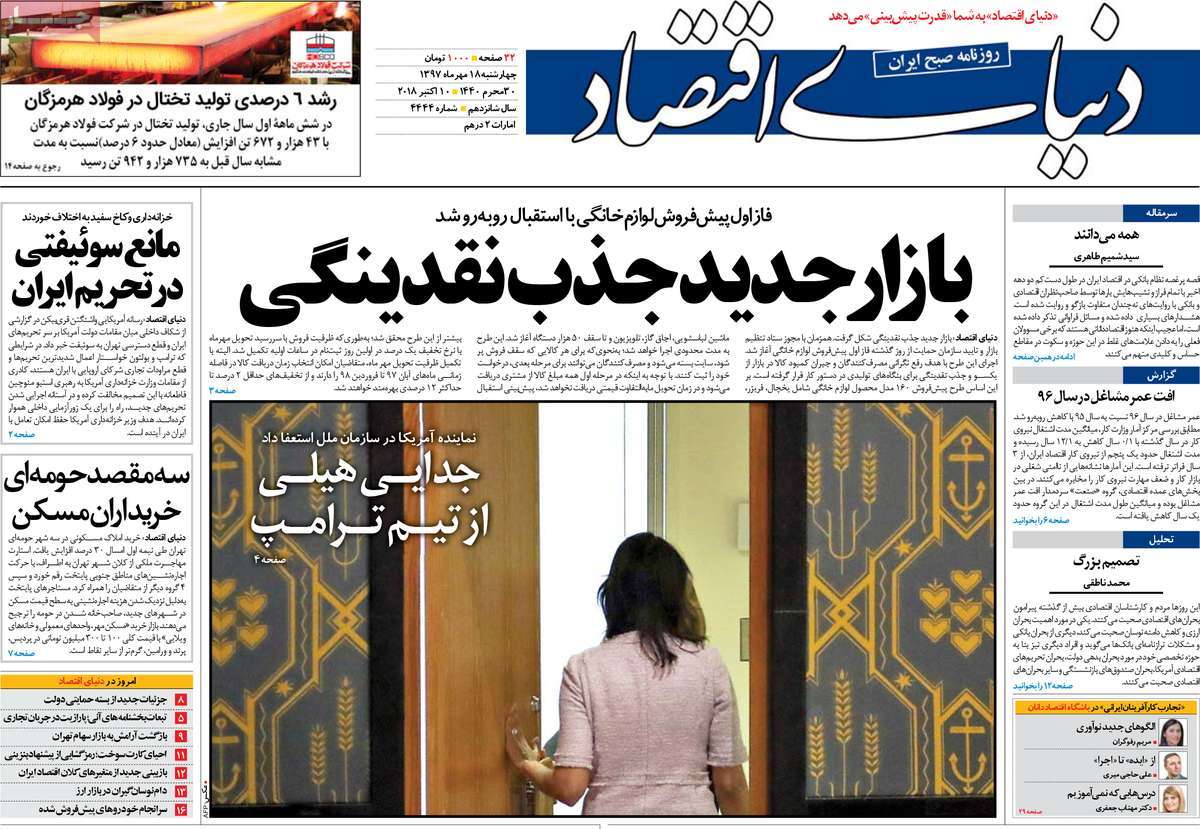 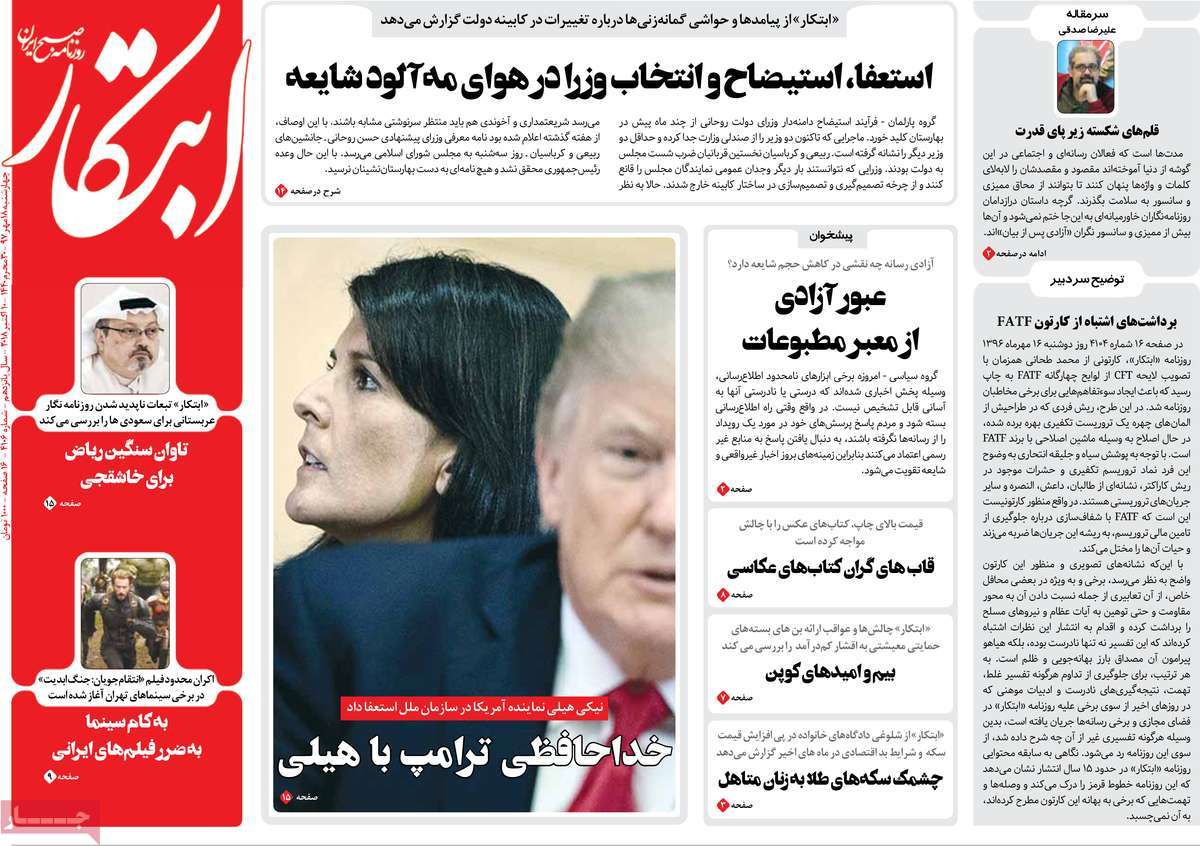 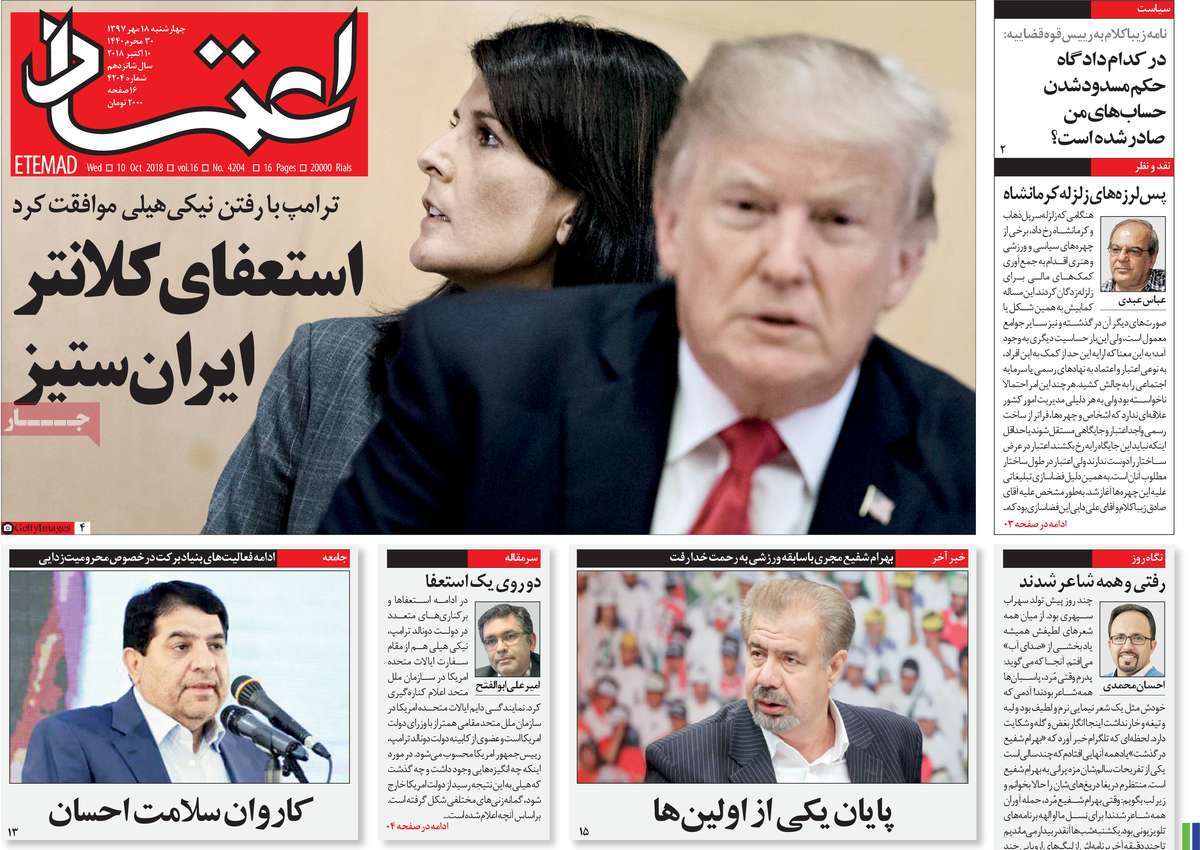 4- Iran Warns about Return of Unilateralism to International Relations 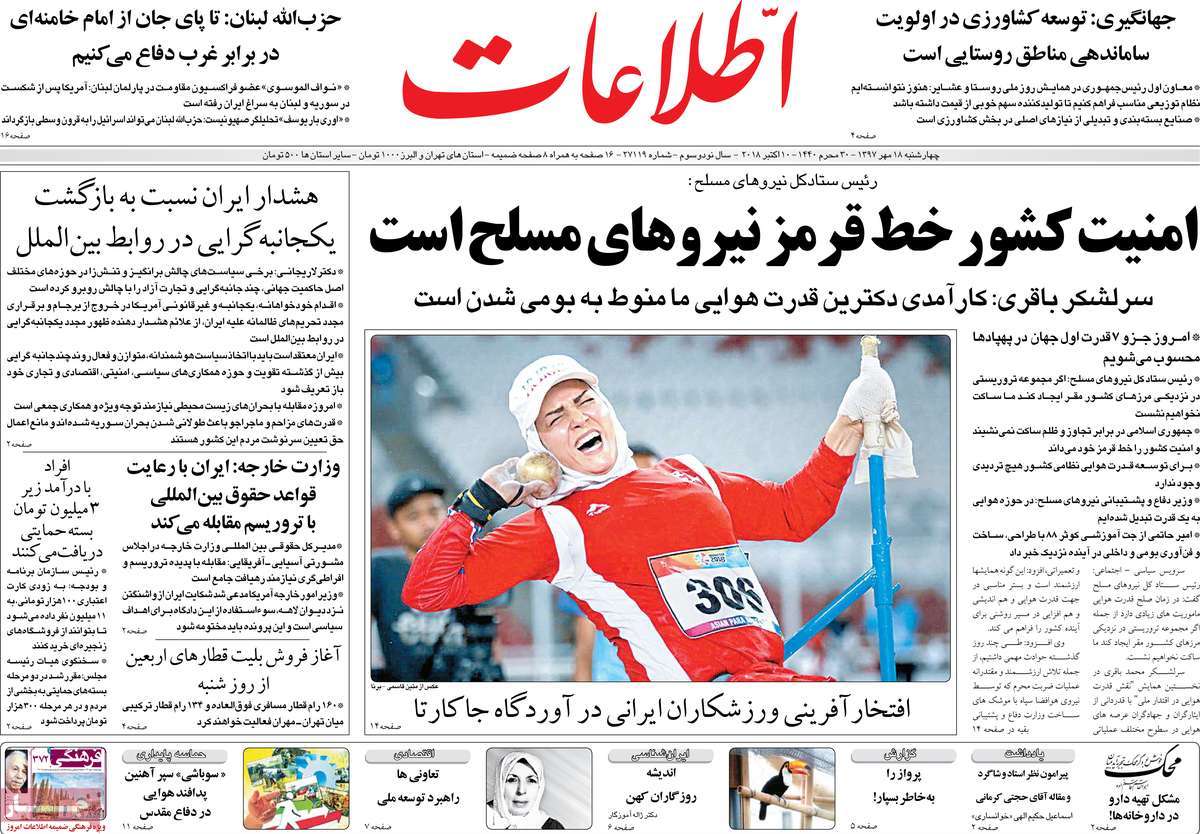 1- Internal War in White House: A Review of Division in Trump’s Cabinet over Iran

1- US Exempts Iran-UK Joint Gas Field from Its Sanctions 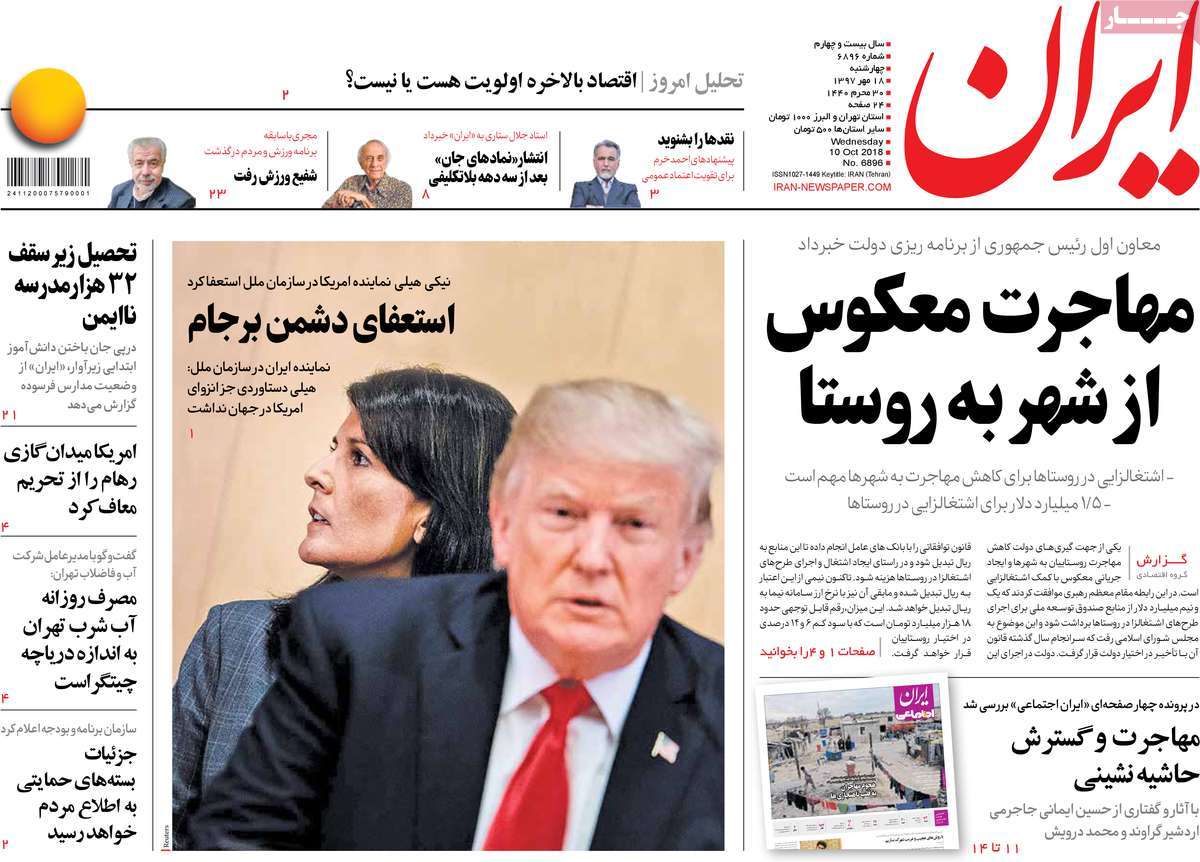 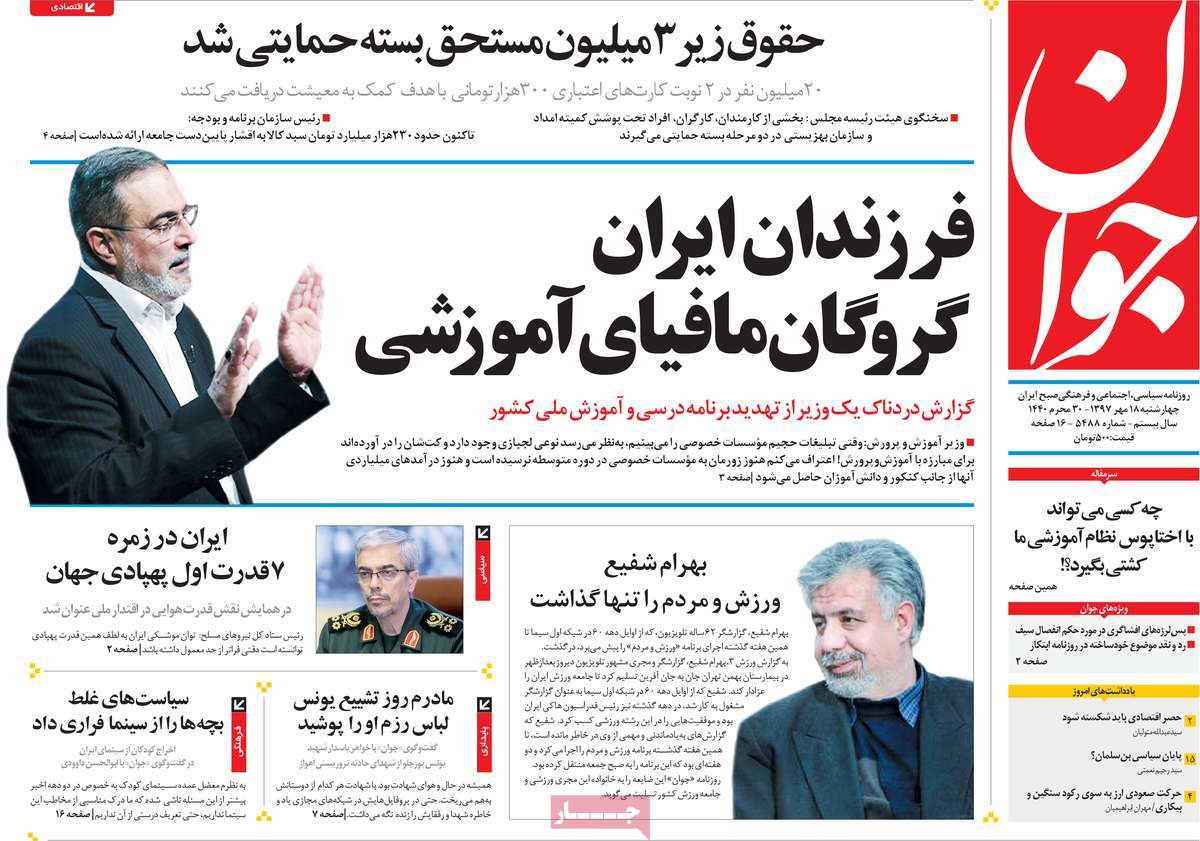 1- 10 Kids Die of Medicine Shortage in Gaza Every Month 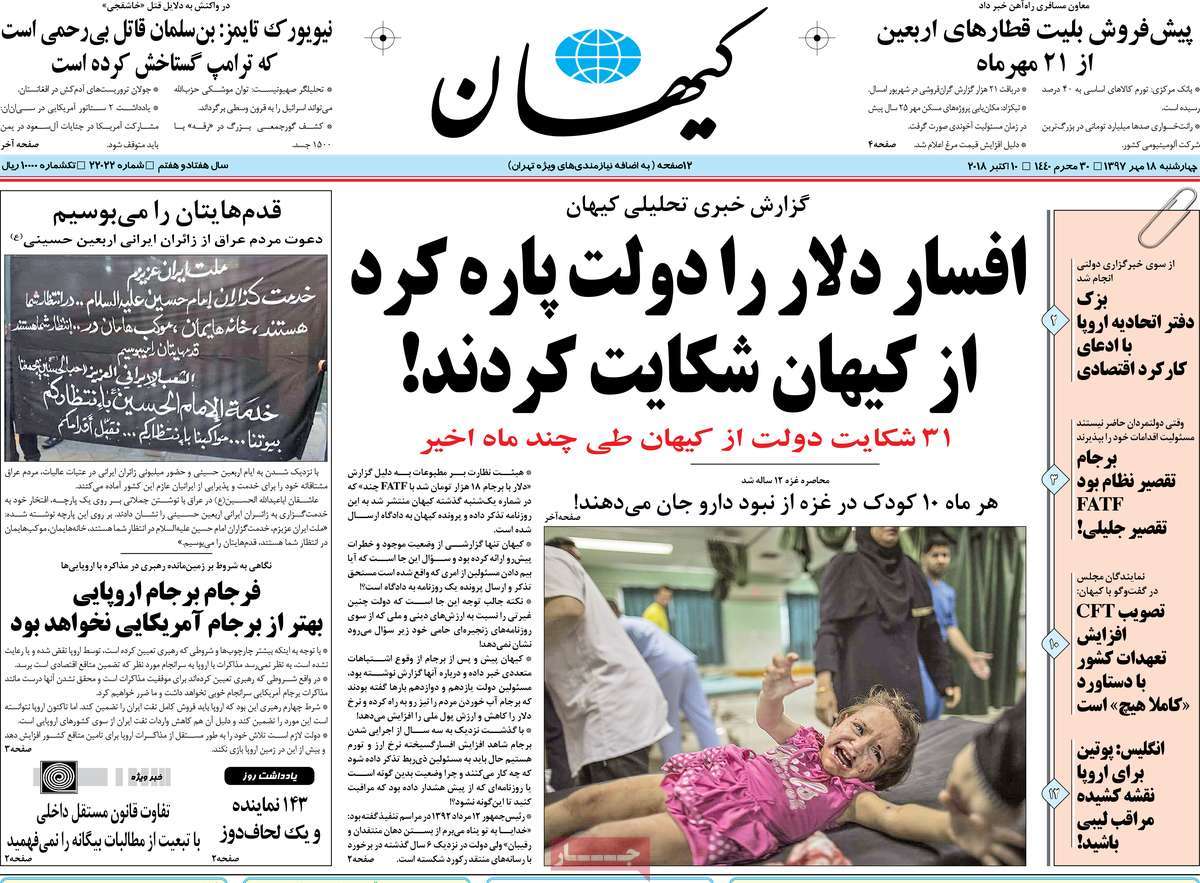 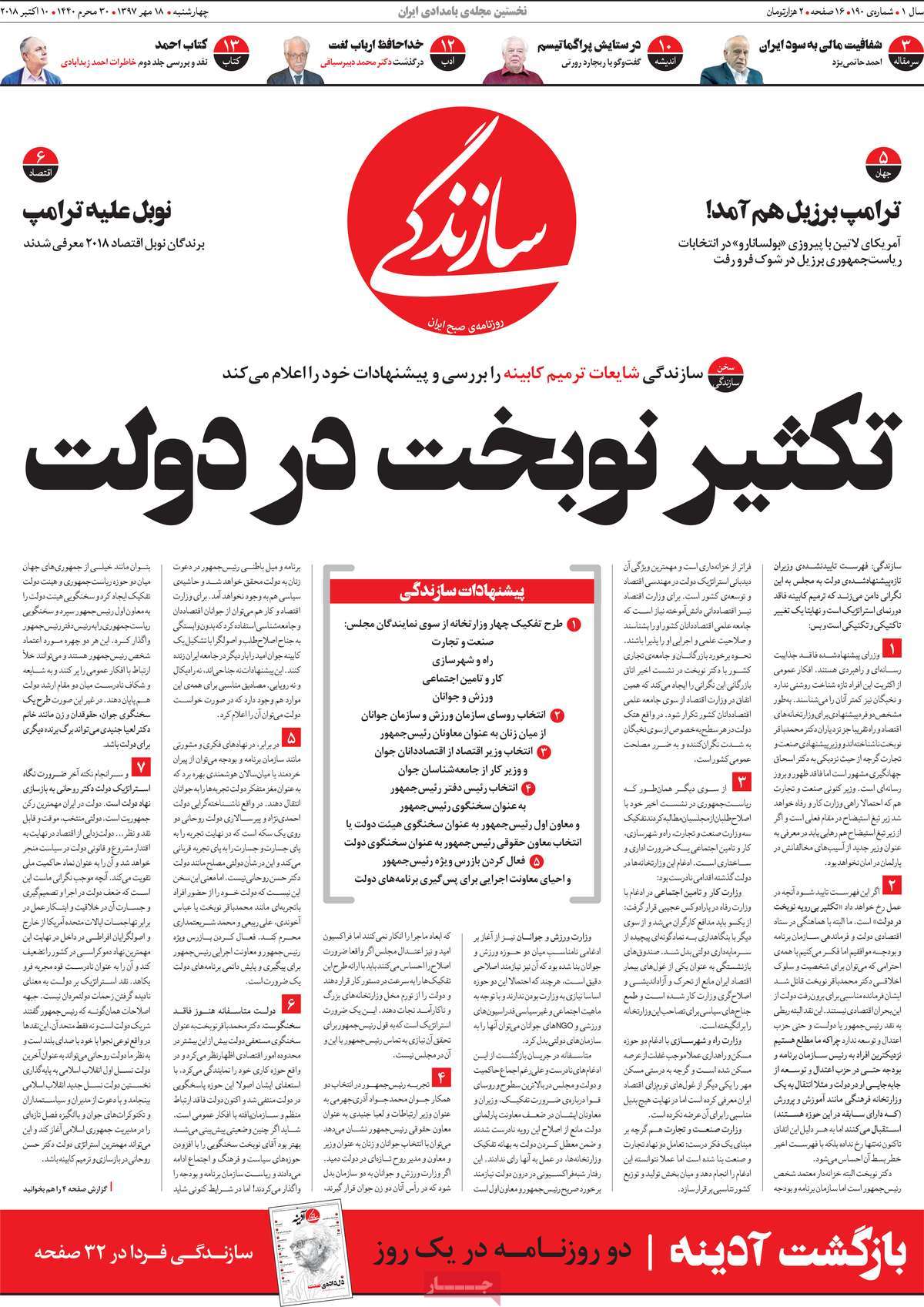 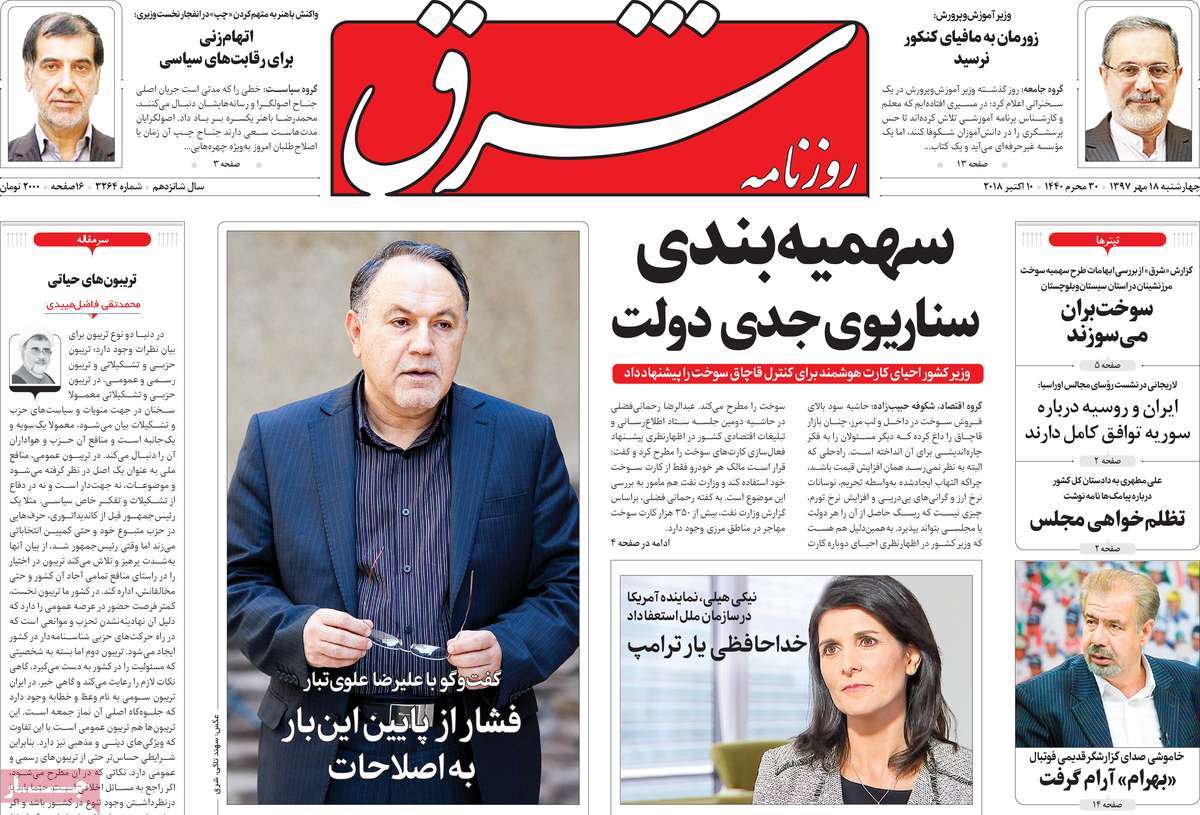 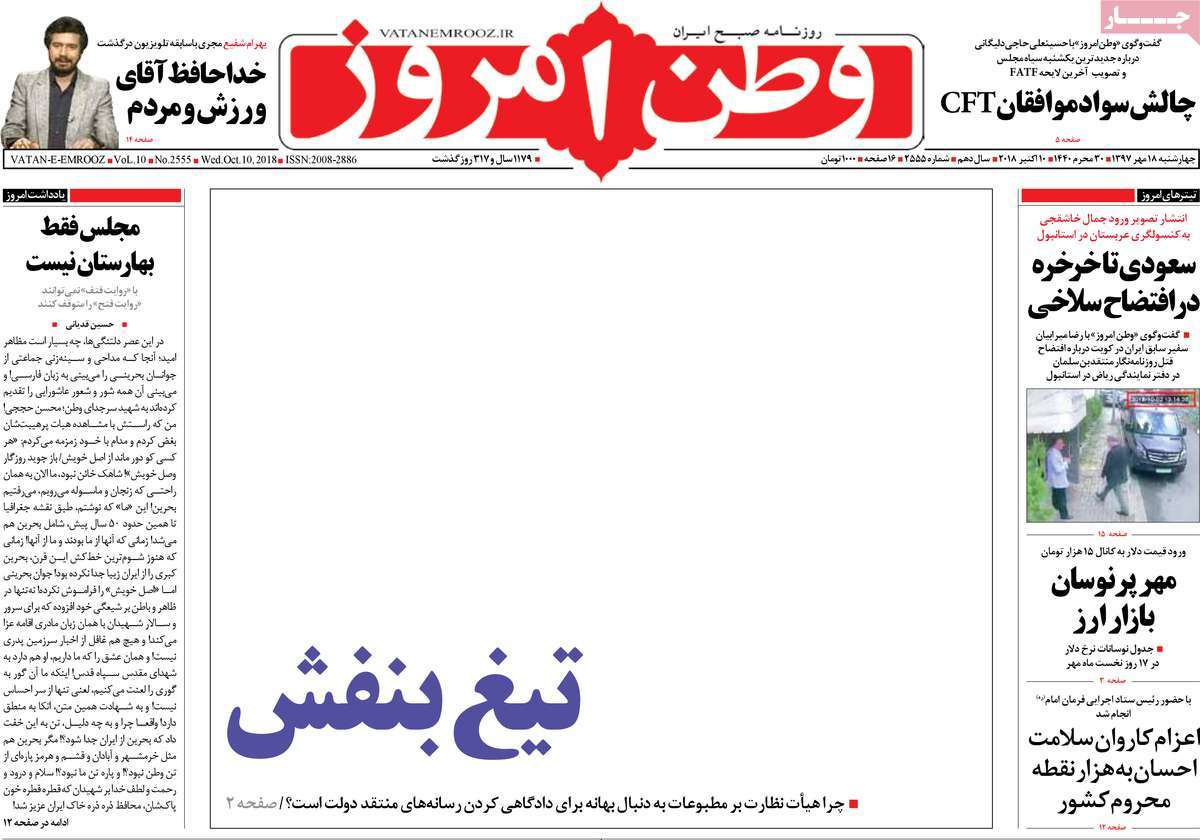