Iranian tanker discharges oil into storage in China ahead of U.S. sanctions

Reuters – A vessel carrying 2 million barrels of Iranian oil discharged the crude into a bonded storage tank at the port of Dalian in northeast China on Monday, according to Refinitiv Eikon data and a shipping agent with knowledge of the matter.

Iran, the third-largest producer in the Organization of Petroleum Exporting Countries (OPEC), is finding fewer takers for its crude ahead of U.S. sanctions on its oil exports that will go into effect on Nov. 4. The country previously held oil in storage at Dalian during the last round of sanctions in 2014 that was later sold to buyers in South Korea and India.

The very large crude carrier Dune, operated by National Iranian Tanker Co, offloaded oil into a bonded storage site at the Xingang section of the port, according to a shipping source based in Dalian, adding this was the first Iranian oil to discharge into bonded storage in nearly four years.

The tanker left the Iranian oil port at Kharg Island on Sept. 12, according to ship-tracking data.

The Xingang area is home to several tank farms including commercial and strategic reserves. China National Petroleum Corp (CNPC) [CNPC.UL] and Dalian Port PDA Co Ltd (601880.SS) both operate commercial storage in the area, according to information on their company websites.

An investor relations official at Dalian Port declined to comment.

A manager at the bonded crude storage site operated by Dalian Port declined to comment whether Iranian oil were moved to the tanks, calling it the “worst time” to give any comment regarding Iranian crude because of the U.S. sanctions.

A person at the CNPC-owned storage site who refused to identify himself when contacted by Reuters said it is “impossible” that the oil is stored there.

A spokesman for CNPC said he had no information on this matter.

An executive with the China office of National Iranian Oil Co (NIOC) declined to comment. NIOC also did not respond to an email request seeking comment if it is storing oil at Dalian.

The shipping source said there is no buyer earmarked for the cargo. 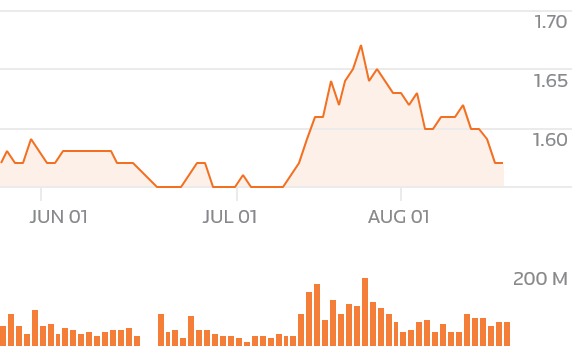 Three other NITC tankers are set to arrive in Dalian in the next week or two, the ship-tracking data shows. Some of those cargoes are also likely to end up in bonded storage as the refineries in the region, controlled by CNPC, are not equipped to process Iranian oil, said three sources at state-run Chinese refiners.

China’s Iranian oil buyers, including state-owned refiner Sinopec (0386.HK) and state trader Zhuhai Zhenrong Corp, have shifted their cargoes to vessels owned by NITC since July to keep supplies flowing as the U.S. sanctions have been re-imposed.

Keeping oil in bonded storage gives the shipment owner the option to sell into China or to other buyers in the region.

In early 2014, NIOC leased bonded tanks in Dalian and oil from there was shipped to South Korea and India, Reuters reported. reut.rs/2yo9Se6