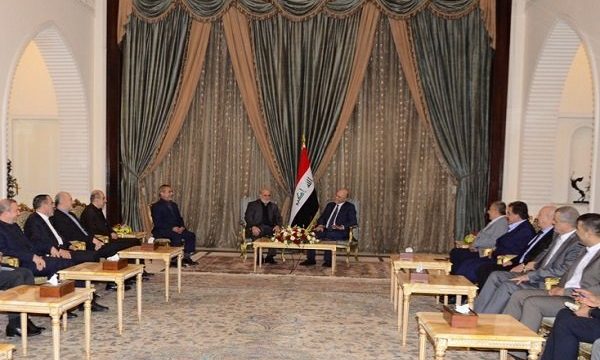 Iraq’s new president calls for expansion of ties with Iran

MNA – The newly-elected president to Iraq, Barham Salih, has stressed his country’s resolve to expand relations and cooperation with the Islamic Republic of Iran.

During the meeting, President Salhi noted the commonalities and the long-standing relations between the two countries, calling for the deepening of bilateral ties in various fields.

He added that he has talked to leaders of regional countries on the phone, and met with various ambassadors, to stress the need for easing tension in the Middle East and expanding relations with Iran.

Development of relations and interactions among regional countries will benefit Iraq as well as the entire region, he stressed.

The Iranian ambassador, for his part, congratulated Barham Salhi on his election as Iraq’s president, voicing readiness to increase his efforts for further expansion of relations between the two countries.