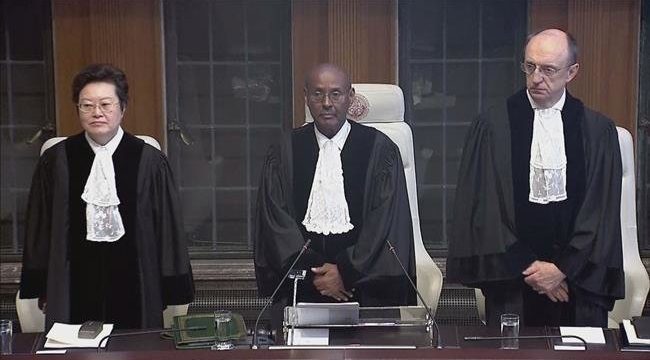 Press TV – The International Court of Justice (ICJ)’s recent ruling against US sanctions on Iran is further testament to America’s growing isolation in the international community, a political analyst in Ontario says.

Edward Corrigan, a journalist and international lawyer, told Press TV that the ICJ ruling, ordering the US to halt its unilateral sanctions on “humanitarian” supplies to Iran, was a “symbolic and legal victory” for Tehran and exposed Washington’s “contempt” for international law.

“Iran won the court case, this is not a defeat for Iran, it clearly is a political, legal defeat and a symbolic defeat foe the US,” he said.

However, he predicted that Washington would never lift the sanctions as some US officials have already indicated.

“Unfortunately the United States will not abide by the jurisdiction of the World Court and somehow thinks that it is above criticism,” he further argued.

In response to ICJ’s ruling, Washington quickly cancelled the 1955 Treaty of Amity with Iran which had established economic relations and consular rights between Tehran and Washington at the time it was signed between the countries.

Corrigan noted that while neither the US government nor the American media were going to pay much attention to the ruling, the message behind the decision would be well-received around the world.

Trump and other American officials think that “the United States can dictate to the world and everything the world has to abide by the United States’ interests and that is something that they have to be warned that they can’t get away with,” Corrigan said.

The analyst then proceeded to point out some of the harm that Washington’s policy had done to some of its strongest alliances.

“You have the chancellor of Germany saying the United States can’t act unilaterally, and the European Union (EU), not to mention many other countries” he said. “The United States is isolating itself and in the end this is going to hurt the Americans much more than it will hurt other people.”

Trump’s so-called America First policy has so far pushed many of traditional US allies like Germany, France, China and in some instances even the UK away, drawing harsh criticism from their leaders.