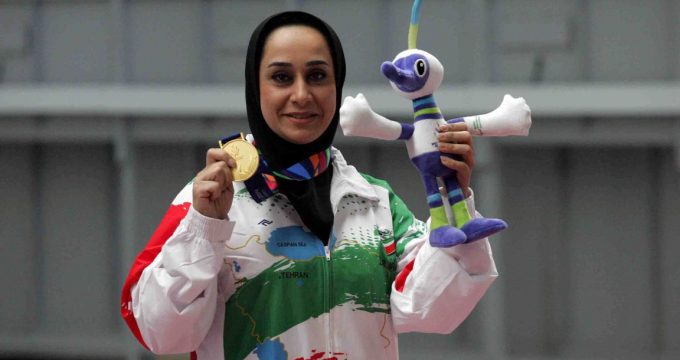 Defeating all rivals from Japan, South Korea, China, India and Uzbekistan, Sareh Javanmardi came first in the shooting Para sport events on the second day of the competition. This was the third gold medal of the Iranian team in the games.

She has also secured a quota place in the Paralympic Games (Tokyo 2020) by winning a gold medal at world shooting para sport championships.

She had also grabbed two golds at 2016 Rio Paralympic Games and a bronze at London paralympic 2012.

The 3rd Asian Para Games opened in Jakarta on October 6 with a spectacular ‘We Are One’ opening ceremony performance.

Some 3,000 athletes from 43 countries and regions in Asia are competing in the games on Oct. 6-13. The competitions feature 18 sports, including track and field, swimming, badminton, wheelchair basketball, wheelchair volleyball, and chess.