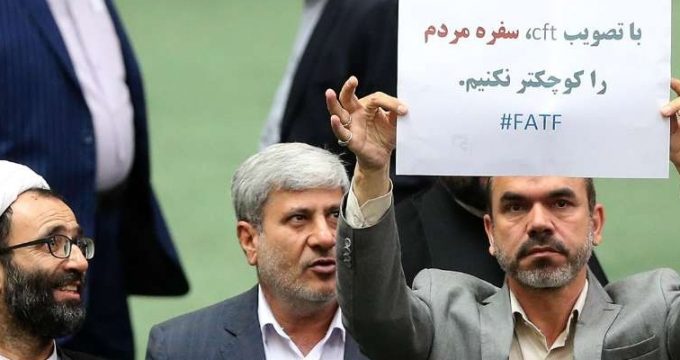 Bourse and Bazaar | AFP: Iran’s parliament on Sunday approved a bill to counter terrorist financing that was strongly opposed by conservatives but seen as vital to salvaging the nuclear deal with European and Asian partners.

The bill, one of four put forward by the government in a bid to meet demands set by the international Financial Action Task Force (FATF), was passed by 143 votes to 120, according to the semi-official ISNA news agency.

It aims to bring Iran’s laws in line with international standards and allow it to join the UN Terrorism Financing Convention.

A previous bill on the mechanics of monitoring and preventing terrorist financing was signed into law in August.

But joining the UN convention has been controversial because hardliners say it will limit Iran’s ability to support armed groups in the region such as its Lebanese ally, Hezbollah.

Two other bills—on money-laundering and organised crime—have also been passed by parliament but are being held up by the Guardian Council, which vets all legislation.

Iran is alone with North Korea on the blacklist of the Paris-based FATF, which monitors global money laundering and terrorist financing.

The FATF suspended counter-measures against Iran in June 2017 and has set a final deadline of mid-October for it to amend its laws.

The issue has become particularly pressing since the United States walked out of the 2015 nuclear deal with Iran earlier this year and began reimposing sanctions.

The other parties to the deal—Britain, France, Germany, China and Russia—have sought to salvage the agreement and maintain trade with Iran, but have demanded that it accede to the FATF.

“Neither I nor the president can guarantee that all problems will go away if we join (the UN convention),” said Iran’s Foreign Minister Mohammad Javad Zarif during the debate ahead of the vote.

“But I guarantee that not joining will provide the US with more excuses to increase our problems,” he added.

He said Russia and China—two of Iran’s “strategic allies”—have refused to maintain financial ties unless it joined the FATF.

Conservatives were furious with the vote on Sunday, with hardliners leading chants of “death to traitors” outside parliament.

In a heated debate ahead of the vote, opponents of the bill said it would not solve the country’s financial problems, and would help its enemies.

“We did what (the FATF) demanded, we passed three bills but nothing happened. Our financial problems will not go away even if we join,” said lawmaker Hossein Naghavi Hosseini.

Another hardliner, Mohammad Dehghan, warned the bill means “providing the enemy with intelligence during an economic war” and that passing it amounted to “treason”.

Both sides have evoked supreme leader Ayatollah Ali Khamenei to support their position.

Conservatives pointed to Ayatollah Khamenei’s statement in June that Iran has “no need to join” global conventions.

But parliament speaker Ali Larijani, who supports the government’s position, said he had received a letter from Ayatollah Khamenei explaining that his remarks were about “conventions in general” and not meant to oppose any particular bills.

Reformist lawmaker Mohammad Feyzi told the session that Iran does not have “the luxury of choice” and will face negative consequences if it refuses to join the FATF.

Ali Najafi, spokesman for the parliament’s commission which produced the bill, said Iran retained the right to walk away from the UN convention “wherever it acts against the Iranian constitution” and emphasized that it does not force Iran to recognize Israel.