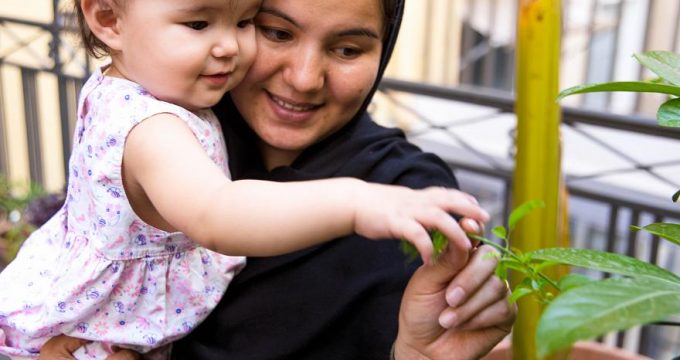 As women, we have to fight to achieve our rights

Euronews | Lene Christensen: There is a phrase that Soraya, a 24 year old woman from Afghanistan, repeats to herself and her friends, especially on days that feel darker than others:

“Remember that in front of you, there is a door. If you open this door, you will see light. You just have to reach that door.”

“My dream for myself and for all women is to have the freedom to make our own decisions”.

When we meet Soraya at a centre for migrant and refugee women in Athens, Greece, her one-year-old daughter Mohana is sitting on her lap.

Mohana was born in Greece, thousands of miles away from Iran where Soraya grew up,after her family had fled their homeland Afghanistan.

Now Soraya is hoping to safely settle down with her own family in a foreign country. She knows there are still tough days ahead.

But the perilous journey she undertook and the struggle to keep her three children safe has taught her not to underestimate her own strength.

“Women have rights. I want to decide about my future. The most important thing is to achieve this and for men to understand this too.”

From being a person who years back didn’t want her picture taken, she now looks straight into the camera. Her voice is firm.

“As women, we have to fight to achieve our rights, for us and for our children,” Soraya said.

There are moments in life that can be recalled with the blink of an eye. Memories that forever taste and smell the same.

For Soraya, several of these moments came when attempting the life-threatening crossing across the Aegean Sea with her husband and children.

A few months earlier, they had made the heavy decision to flee Iran. Returning to their homeland, war-torn Afghanistan, was impossible. To reach Europe and what they hoped would be safety, they saw no other option than to risk their own lives. 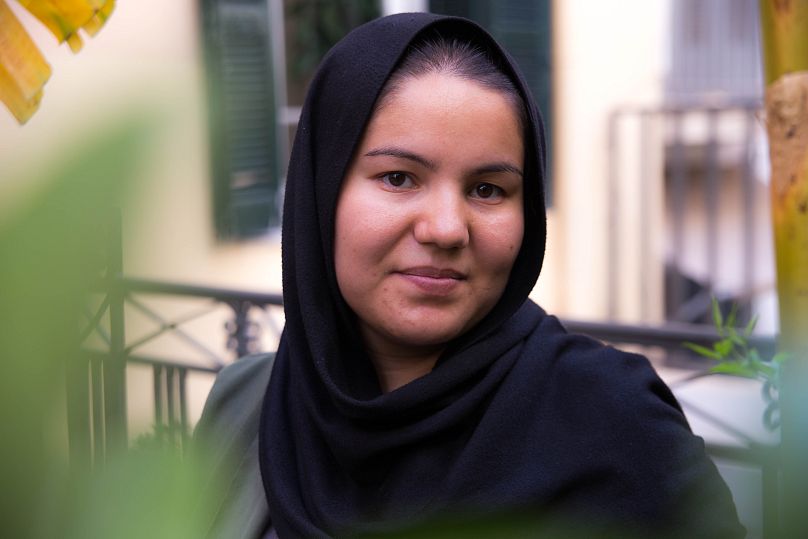 Soraya, 24, says standing up against smugglers made her realise she had a voice worth listening to.Courtesy of Amnesty International

Soraya will never forget the thunderous sound she heard after having walked for almost seven hours to reach the Turkish coast. The noise became increasingly louder, like heavy machinery. She thought she would see large factories around the corner.

What she saw were massive waves, slamming onto the shore.

These fierce waters were supposed to carry Soraya and her loved ones to Greece that night. A small boat was waiting for them, as well as dozens of other people who had also fled their homelands. The smugglers told them to board the boat, quickly.

It was dark, freezing and chaotic.

Struggling to get herself and her family safely onboard, Soraya fell in the waters three times. The last time, soaking wet, she screamed “no!” Crying, she refused to get onboard. “If we take this boat now, we will die”, she cried.

Other people started joining her calls to halt the journey. Eventually, the smugglers agreed to wait. They huddled around a small fire on the beach, trying to fight the fear and the bitter cold. At four in the morning, the sea had calmed down slightly and the smugglers had found another boat. This time, they set off, cramped together, hardly able to move.

The images of her son shaking and throwing up in the small plastic boat are forever etched on her mind. But they survived. On the morning of 12th March 2016, they set their feet on the Greek island of Chios.

“Always I say bravo to myself for passing that sea, because I wanted to make a better future for my children.”

Another boat had set ashore earlier the previous night, without waiting for the waves to lessen. The day after, Soraya was told that everyone on board had died.

A change of heart

After nearly a year living in makeshift conditions and in various refugee camps, the family were transferred to a flat in Athens.

When they first came to Greece, the aim was to keep moving and seek asylum in another European country.

“But then I met many Greek people in Athens and saw how nice they behaved towards refugees”, Soraya said.

The warm reception from the locals has given her hope. She’s eager to learn Greek and perhaps, pending the asylum process, eventually be able to call Greece home.

In Athens, she has got to know many other women who have fled their countries and who are also dealing with the chilling uncertainty of not knowing what the future has in store. Some of them are going to Melissa Network, a women-only community centre where Soraya has attended language classes and received support for almost two years.

Sharing experiences helps them gain strength, Soraya said. Moreover, her way of thinking has gradually changed in recent years, she told us. Something shifted inside her that night on the Turkish coast. Standing up against the smugglers made her realise that she had a voice worth listening to.

Now, she wants more women to gain the same understanding: That they have rights to fight for and that they should all be able to speak their mind.

“My dream for myself and for all women is to have the freedom to make our own decisions”.

Since March 2017, Amnesty International has spoken to more than 100 women and girls like Soraya, who are living in camps and flats in and around Athens and on the Greek islands.

Regardless of nationality, personal circumstances or hopes, all had one thing in common: an urgent need to be heard. All had crucial things to say about their rights, safety, wellbeing and the challenges ahead. They also had clear demands for change.

The Greek authorities, in close coordination with non-governmental and aid agencies have a key role to play in ensuring dignified and safe reception conditions, fair access to asylum as well as integration opportunities for those who remain.

But other European governments also need to step up to their obligations to provide women and girls with the protection they are entitled to.

Women and girls know what is needed to ensure their safety and a better future. Their meaningful involvement in consultations, plans and measures that affect them is crucial to guarantee their success.

Opinions expressed in View articles are those of the author.