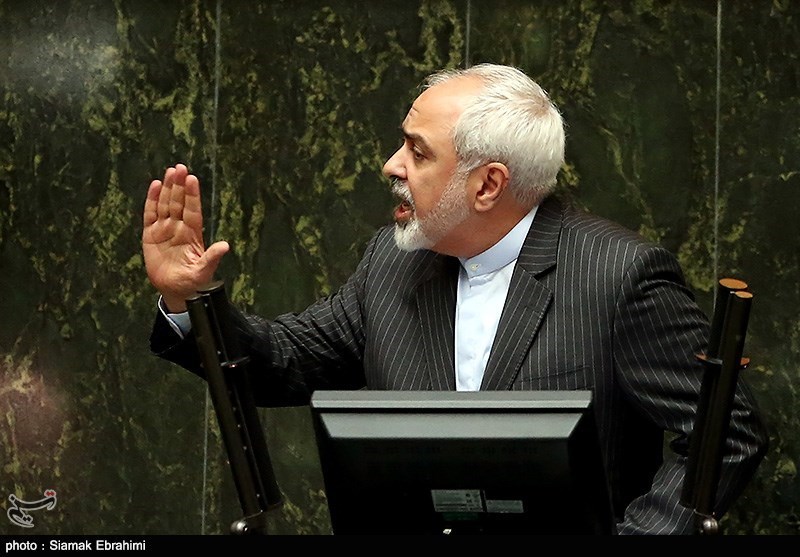 Accession to conventions will foil US’ future excuses: Zarif

MNA – Iranian Foreign Minister Zarif said he could not give any guarantee that approving the FATF-related bills would solve Iran’s problems, but rejecting the bills would allow US to take more measures against the country.

Foreign Minister Mohammad Javad Zarif made the remarks at today’s open session of Parliament dedicated to reviewing Iran’s accession to the International Convention for the Suppression of the Financing of Terroism, as one of the four FATF-related bills which Iran had been reviewing for months to approve.

Zarif said Iran’s accession to the Convention would foil the US’ future excuses for hampering international trade with the Islamic Republic.

“Neither the president nor I can give guarantees that the passing of these bills would solve our problems, but what I can guarantee is that not passing the bills would allow the US to take more measures against us,” said Zarif.

The Iranian top diplomat then voiced confidence that the US’ recent sanctions on Iran would fail as they did in the past.

In defense of the Iran nuclear deal, which was signed in 2015 and lost US as one of the signatories this May, Zarif said the multinational agreement was successful in foiling a series of excuses cooked up by the US and the Israeli regime against Iran.

Zarif maintained that even China and Russia, which are Iran’s partners, have told the Islamic Republic that they could not continue their business with Iran if the country did not pass the FATF bills.

He also added that EU’s promised financial mechanism for easing trade with Iran also required the country to join the UN anti-terrorism Convention.

Zarif called the lawmakers’ vote on accession to the FATF Convention as a “historic decision”.

Following Zarif’s remarks, the bill was put to vote and gained the majority of votes in favor. Out of 276 lawmakers present at the session, a total of 143 MPs voted in favor of the bill, while 120 voted against, and five in abstention.

The UN money laundering watchdog has given Iran a November deadline to pass the four FATF-related bills.