A Look at Iranian Newspaper Front Pages on October 7

Iran Front Page – IFP has taken a look at the front pages of Iranian newspapers on Sunday, October 7, 2018, and picked headlines from 17 of them. IFP has simply translated the headlines and does not vouch for their accuracy.

All papers today covered the Parliament’s Sunday session to discuss a bill proposed by the administration of President Hassan Rouhani to adopt the Combating the Financing of Terrorism (CFT).

Ratifying the bill is necessary for getting the country out of the Financial Action Task Force (FATF)’s blacklist; however, conservatives are strongly opposed to the efforts, arguing they would undermine the country’s security and economy.

Also a top story was the heavy rainfall and floods in northern Iran, which have so far killed seven people and wounded many more, and destroying many houses and bridges.

Remarks by Saudi Crown Prince Mohammed bin Salman, in an interview with Bloomberg, about his country’s ties with Iran and the US also received great coverage.

2- France: Our Ties with Iran Have Nothing to Do with US

3- Zarif on Talks with US: Never Say ‘Never’ in Politics 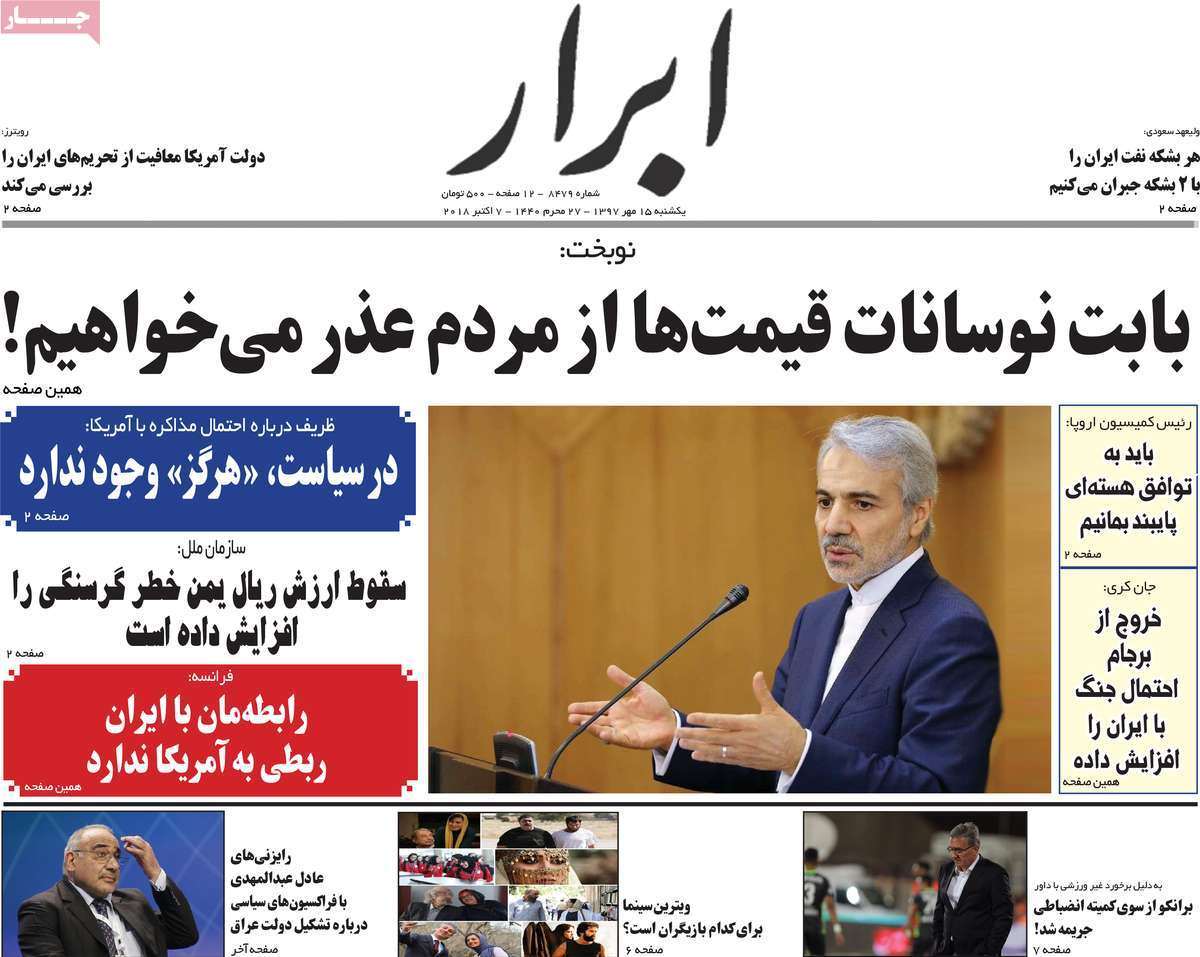 1- Iran’s Adoption of FATF Standards Not to Impact Economy: MP 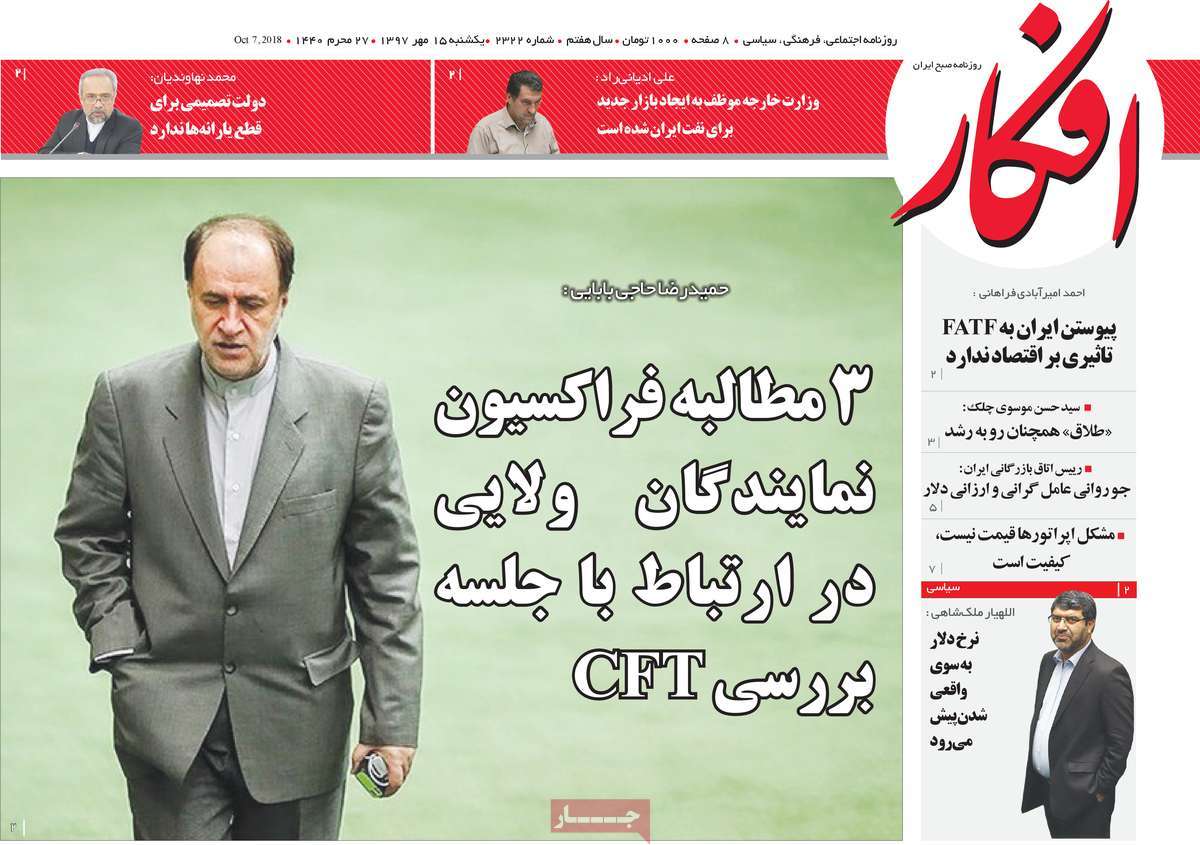 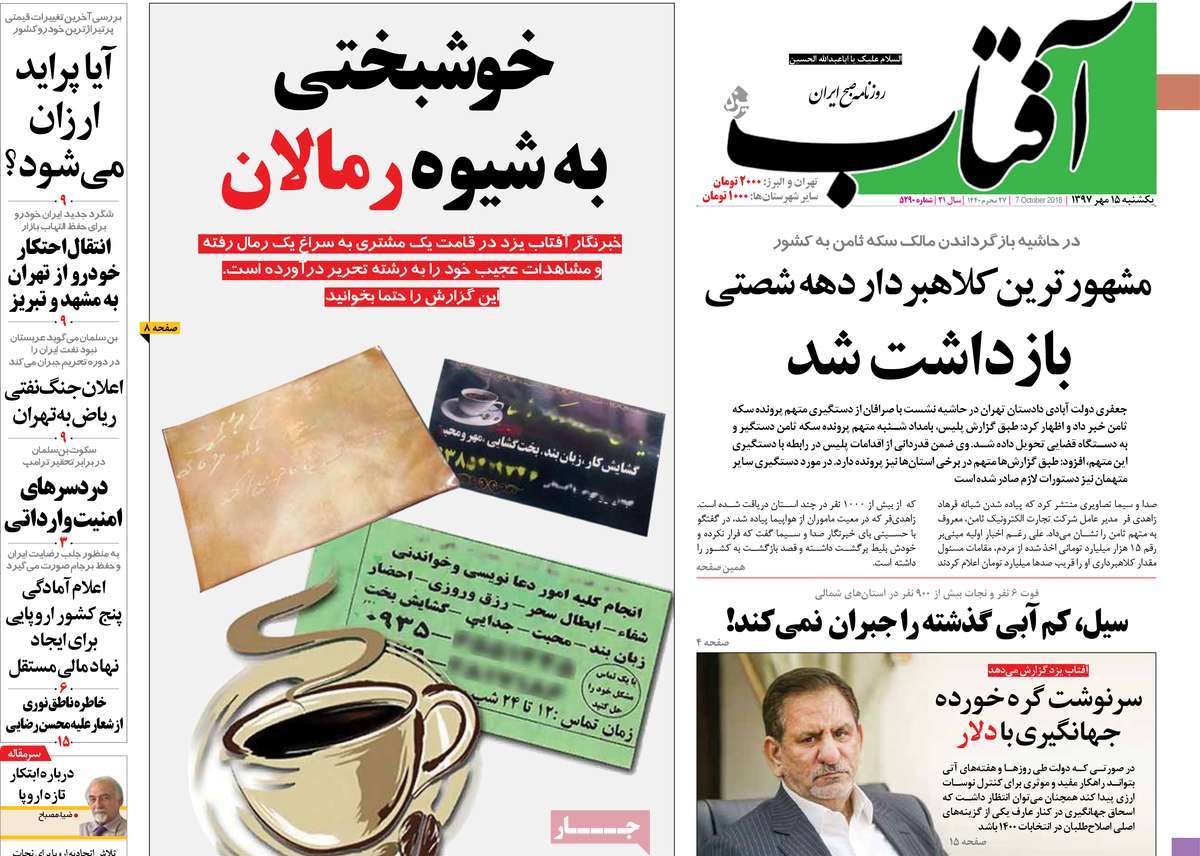 2- CFT to Be Measured against National Interests 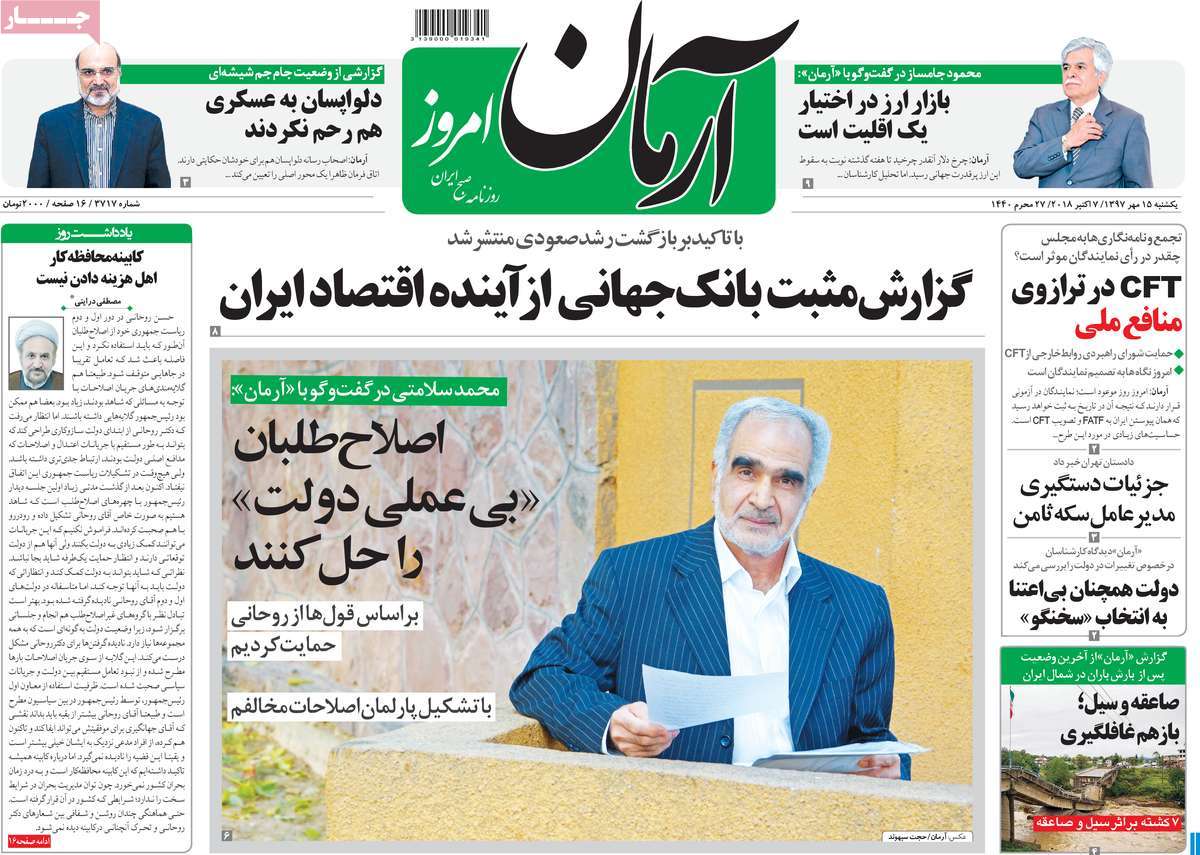 1- Other Side of a Coin Called ‘Rainfall’: Flood Hits Northern Iran 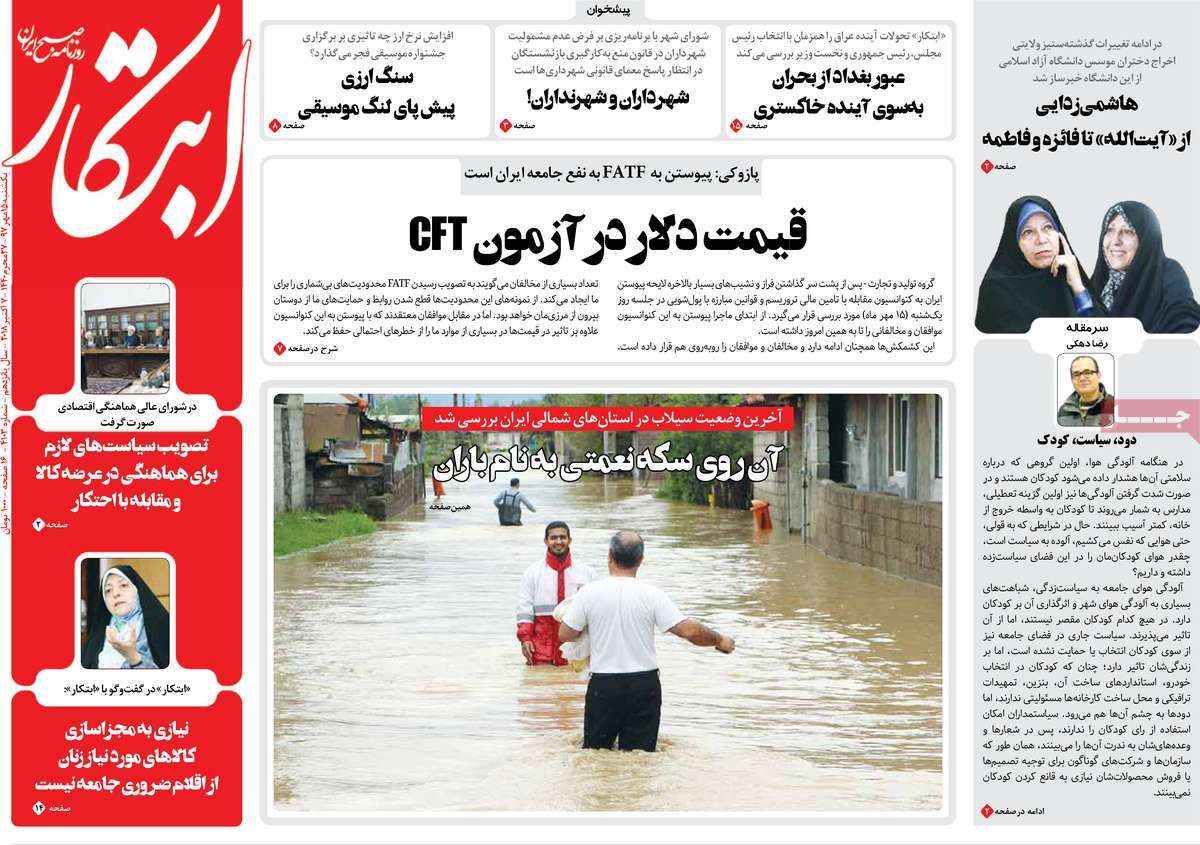 1- Hard Day of CFT in Parliament

2- Roots of Opposition to FATF [Editorial] 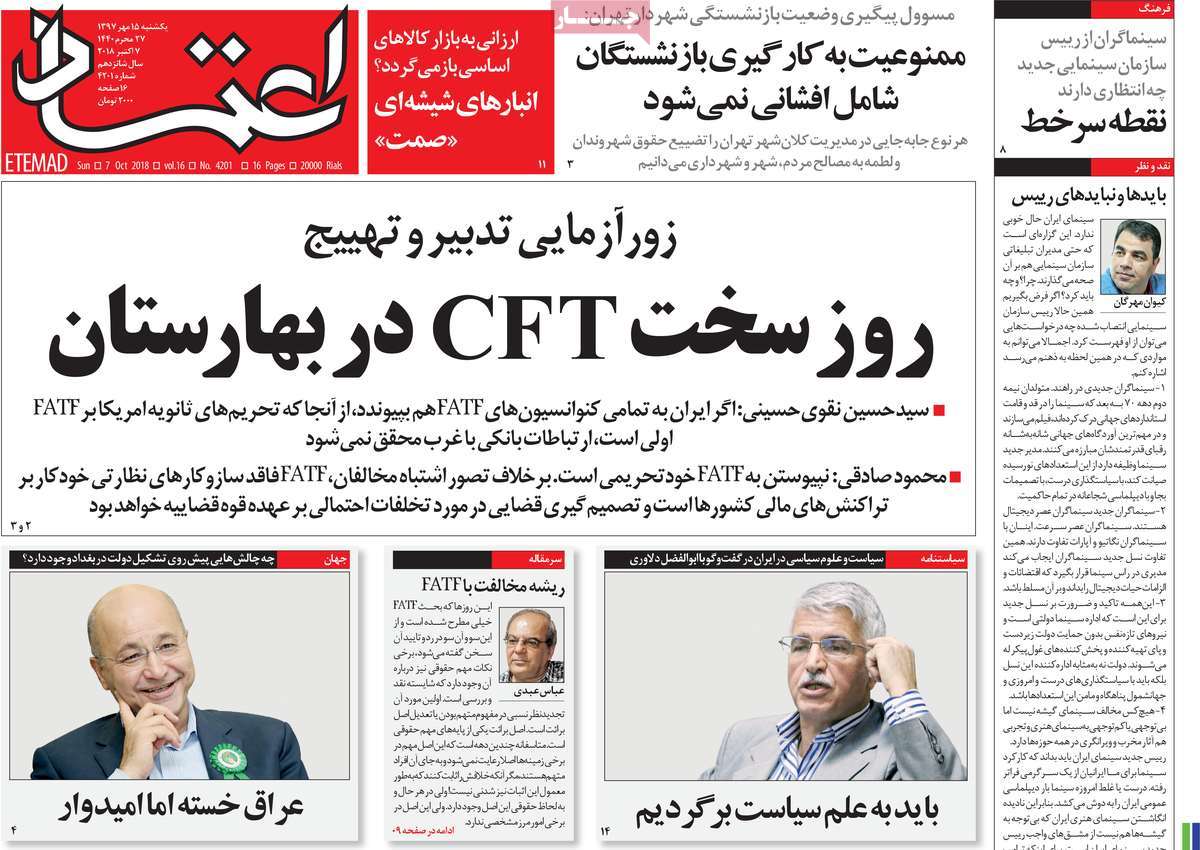 2- Bin Salman: We Won’t Pay Anything to US for Saudi Arabia’s Security 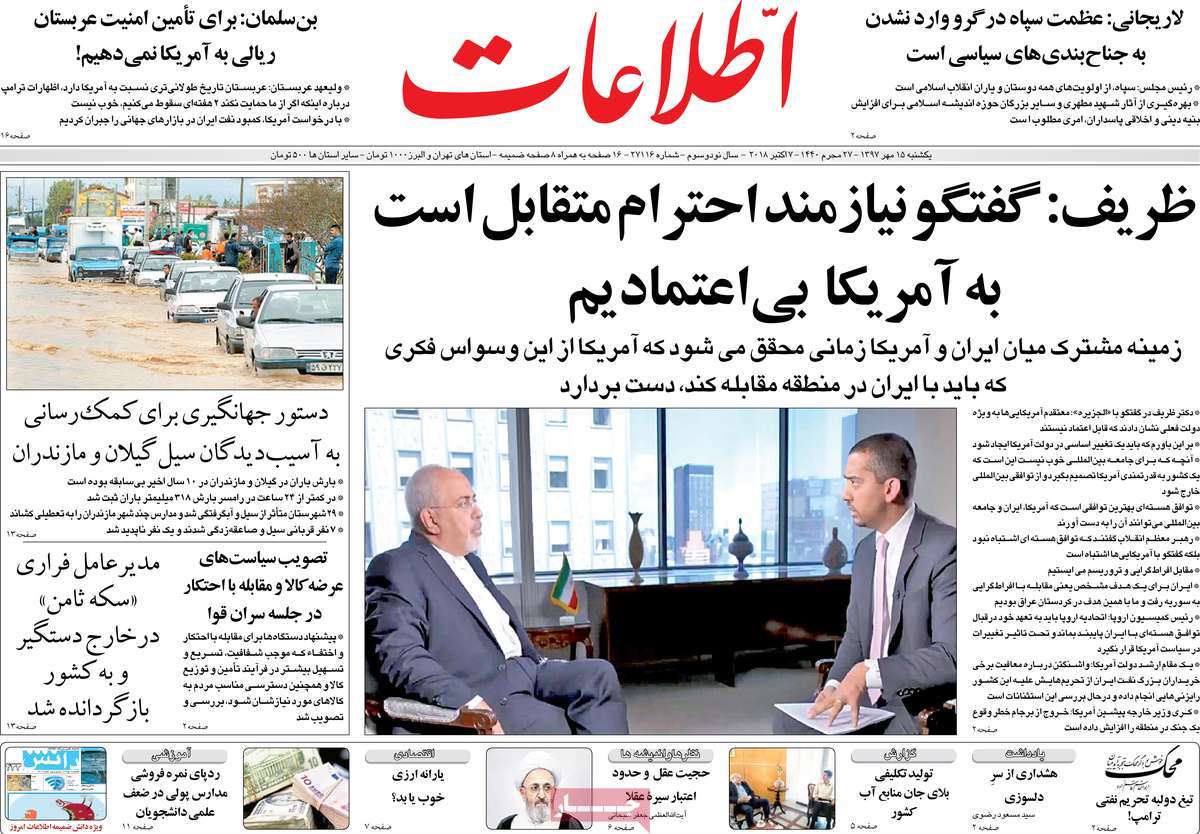 1- Heavy Rainfall Breaks All Records in History of Gilan, Mazandaran 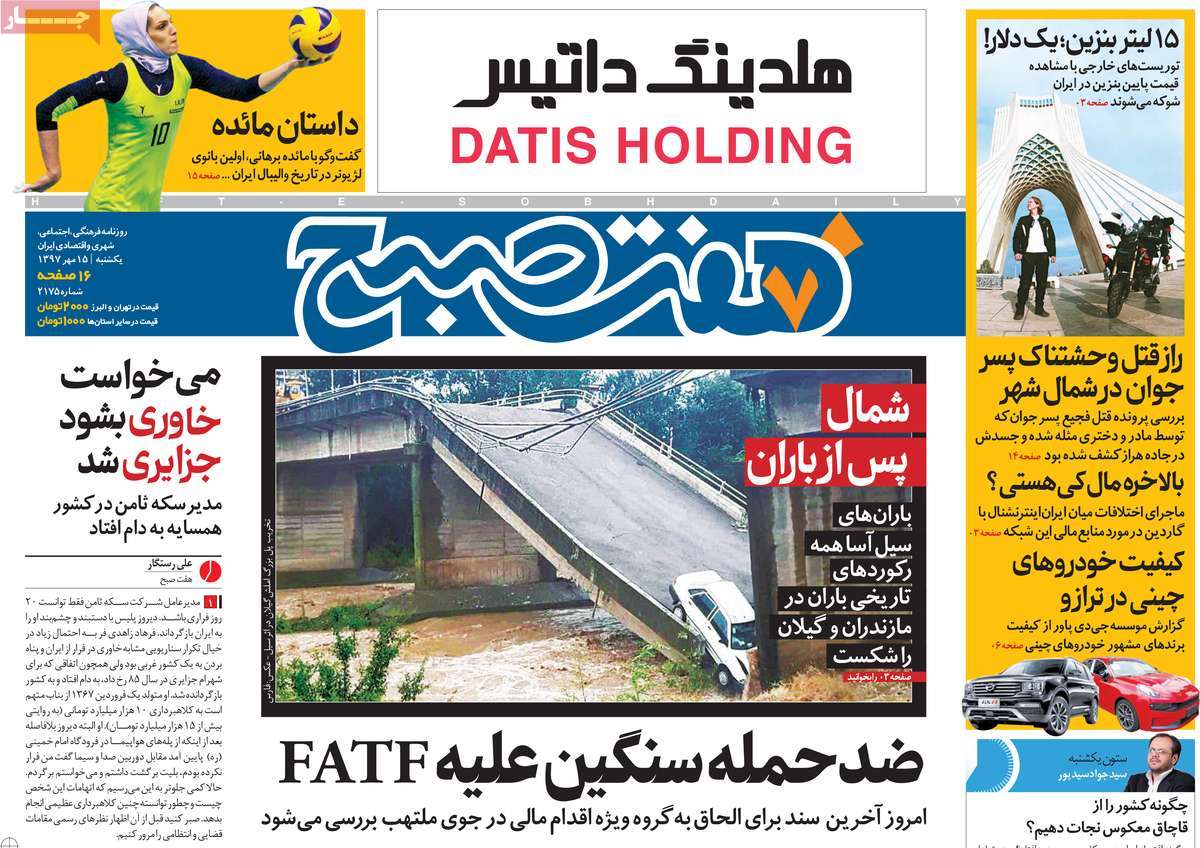 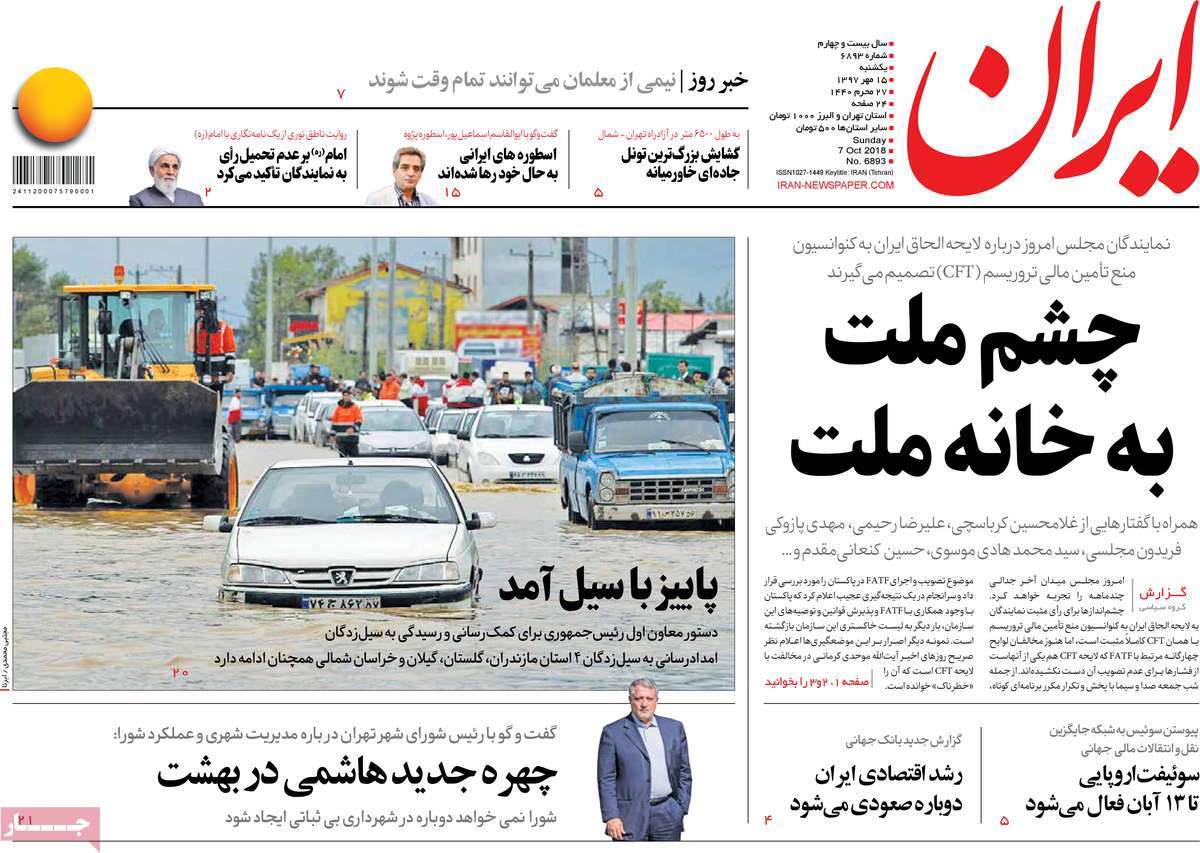 1- Proponents of CFT: We Don’t Give Any Guarantee! 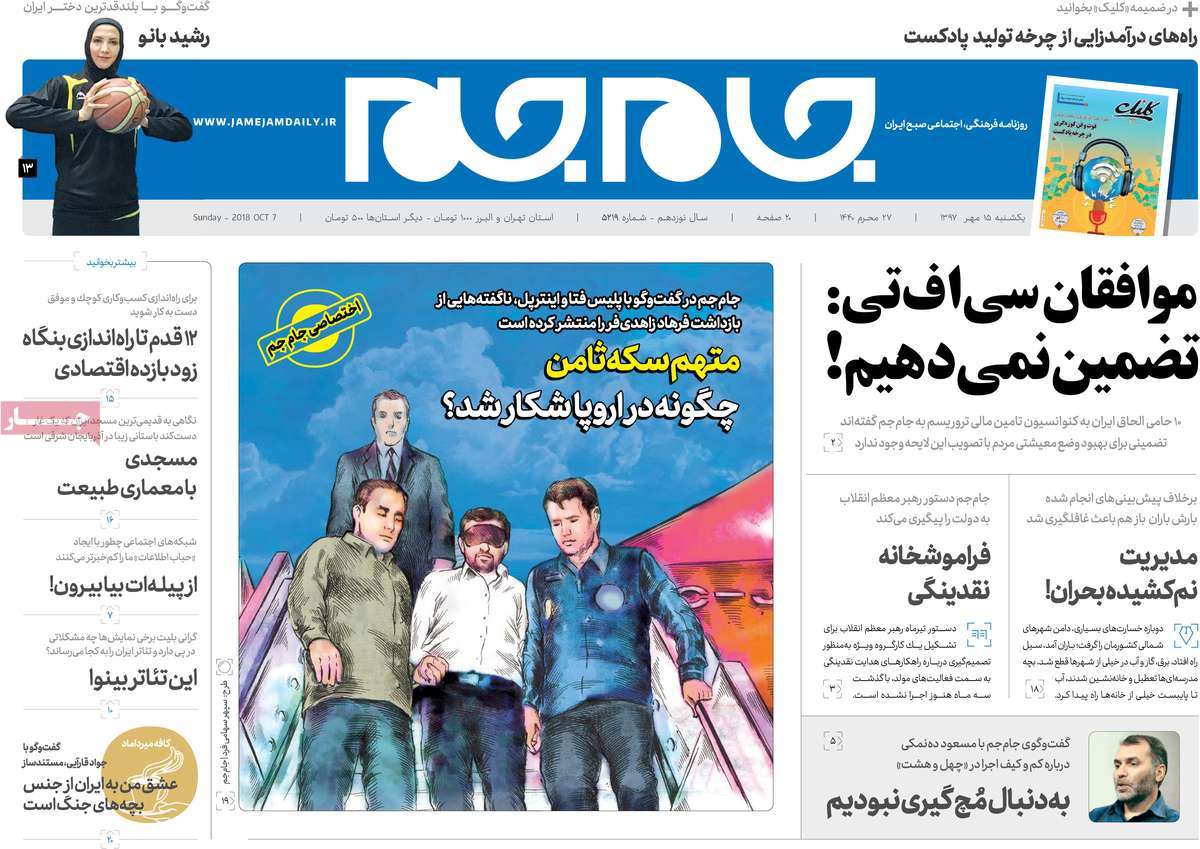 3- FATF on the Table: MPs to Make Final Decision 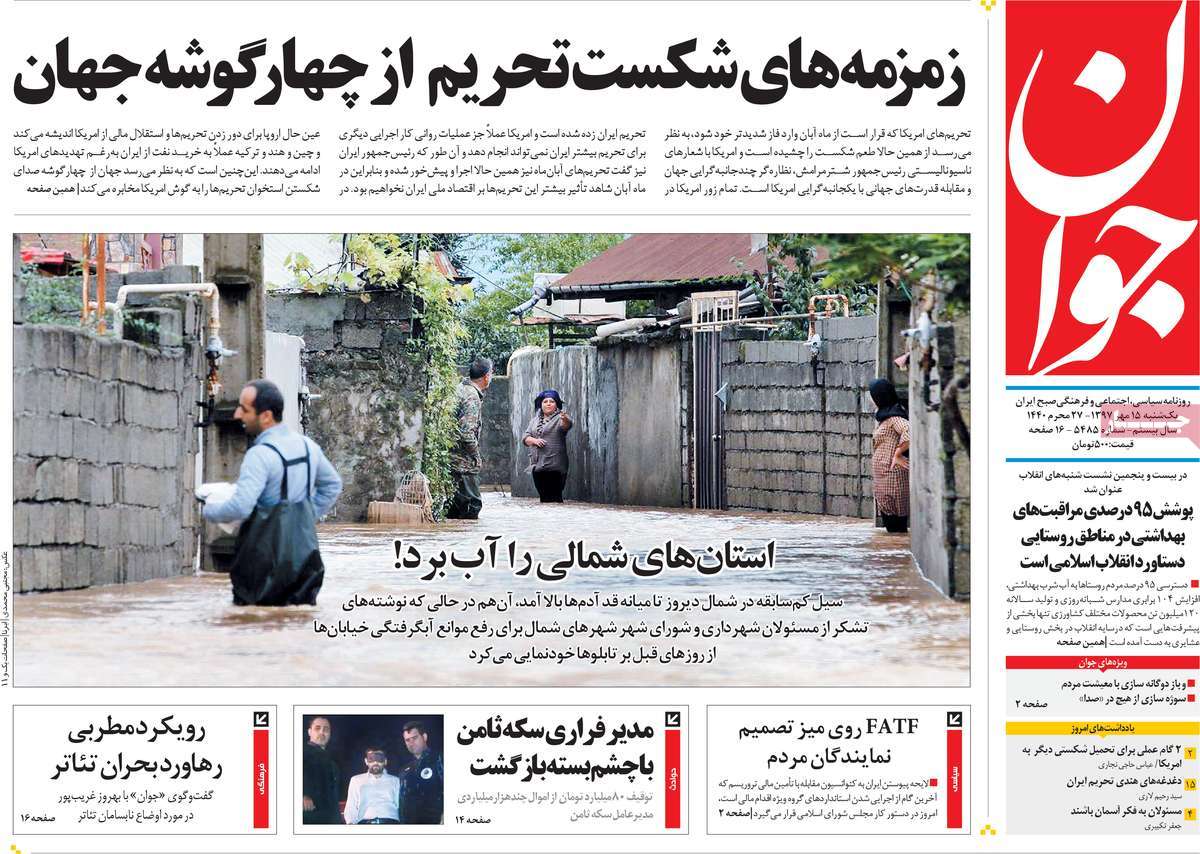 1- France: Washington Has Not Right to Make Decision about EU’s Ties with Iran 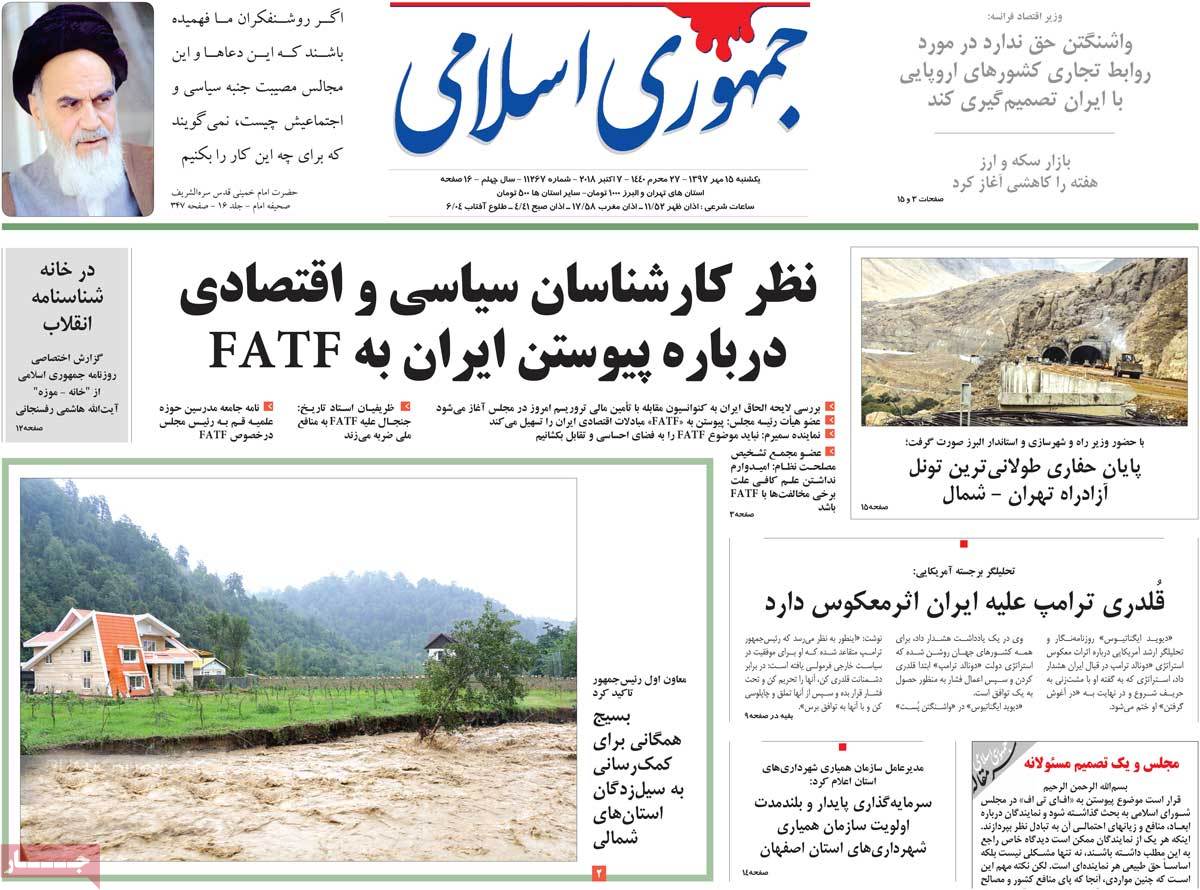 2- Huge Decrease in Gold Coin Prices in One Week 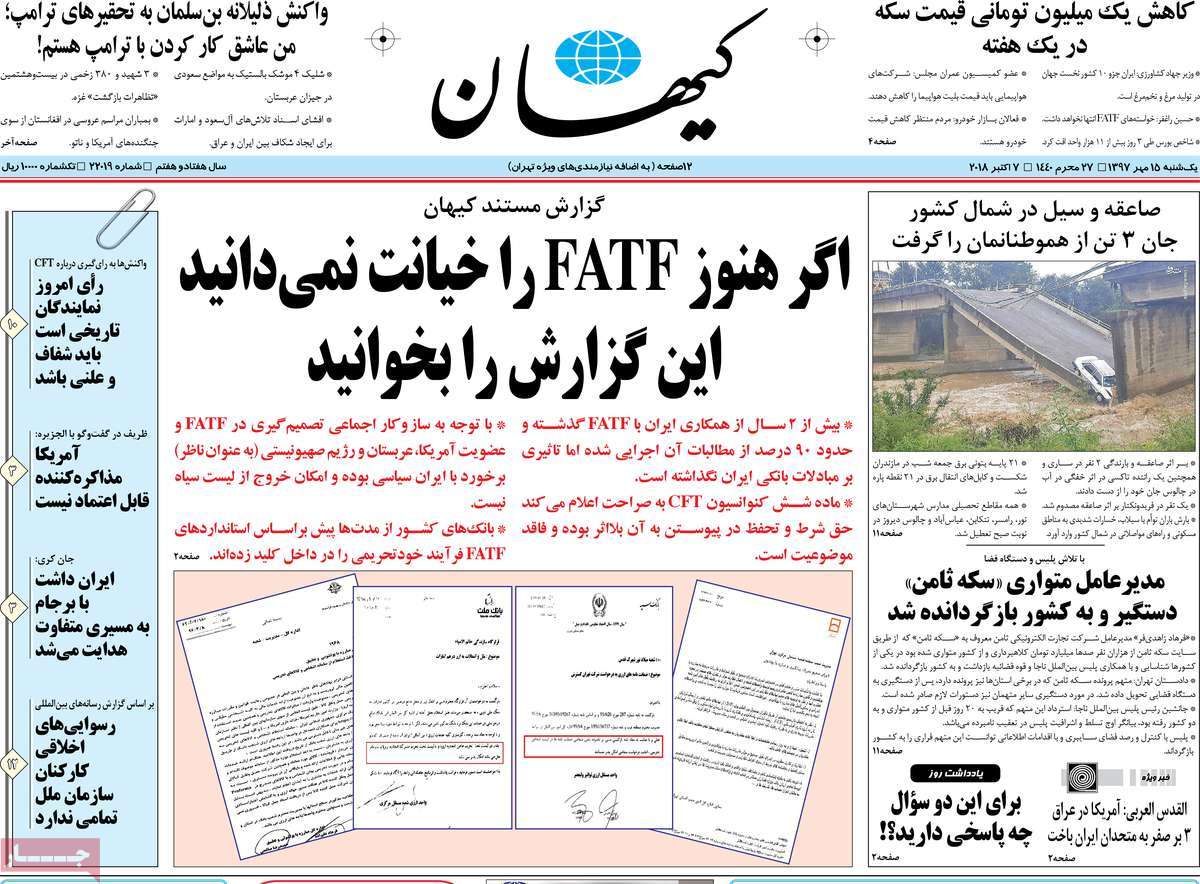 1- Rouhani: Reformists Not Allies of Government, They’re Our Partners 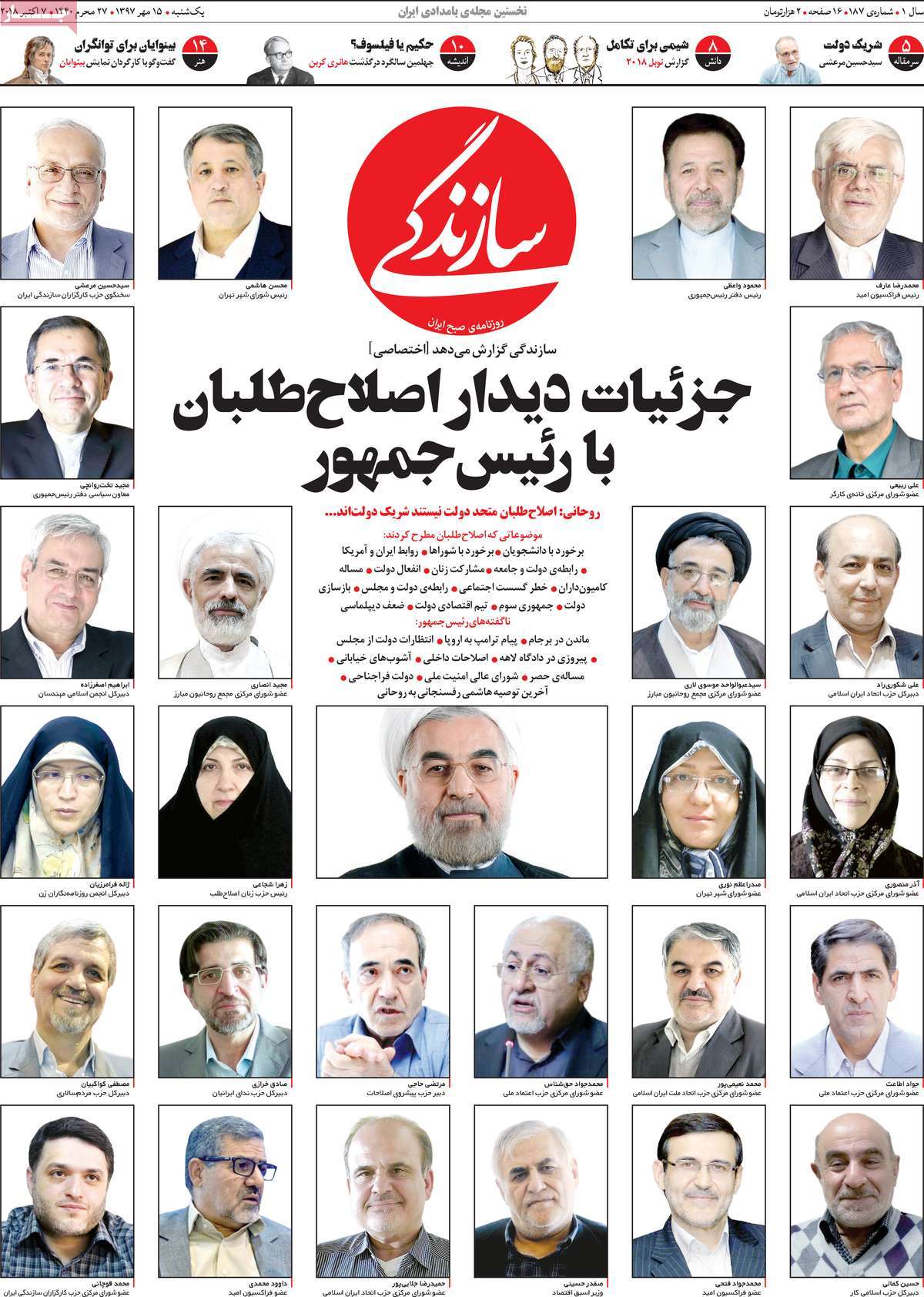 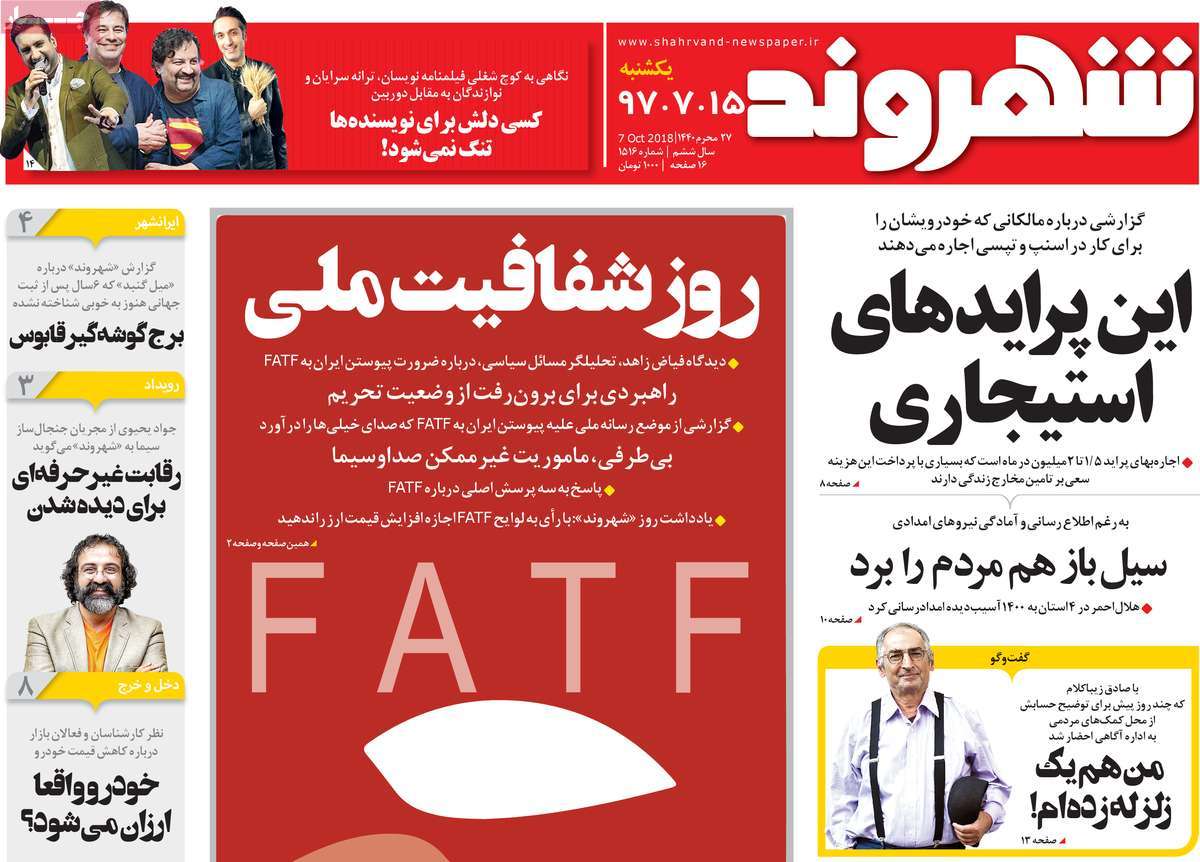 1- Opponents of FATF Harming Themselves

3- Everyone Obliged to Observe the Law on FATF [Editorial] 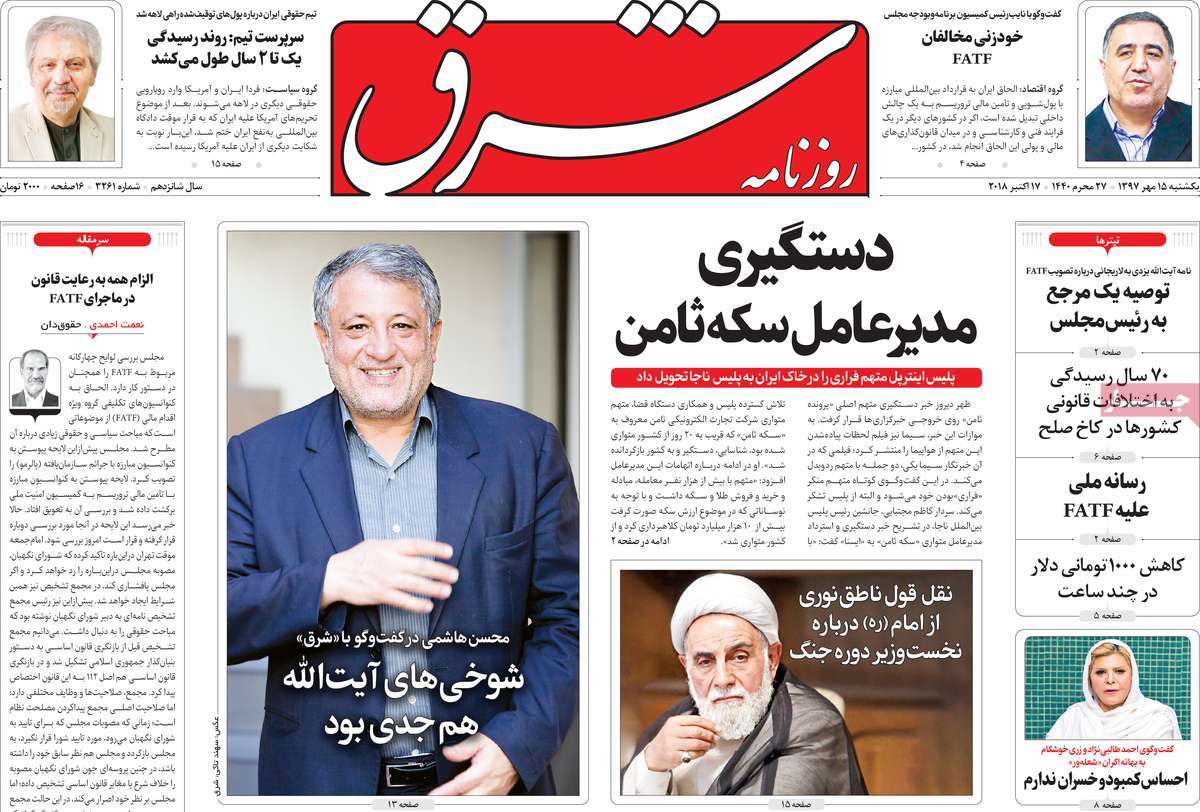 1- Deceitful Article of ‘Reservation’: CFT Not to Accept Any Reservation on Definition of Terrorism 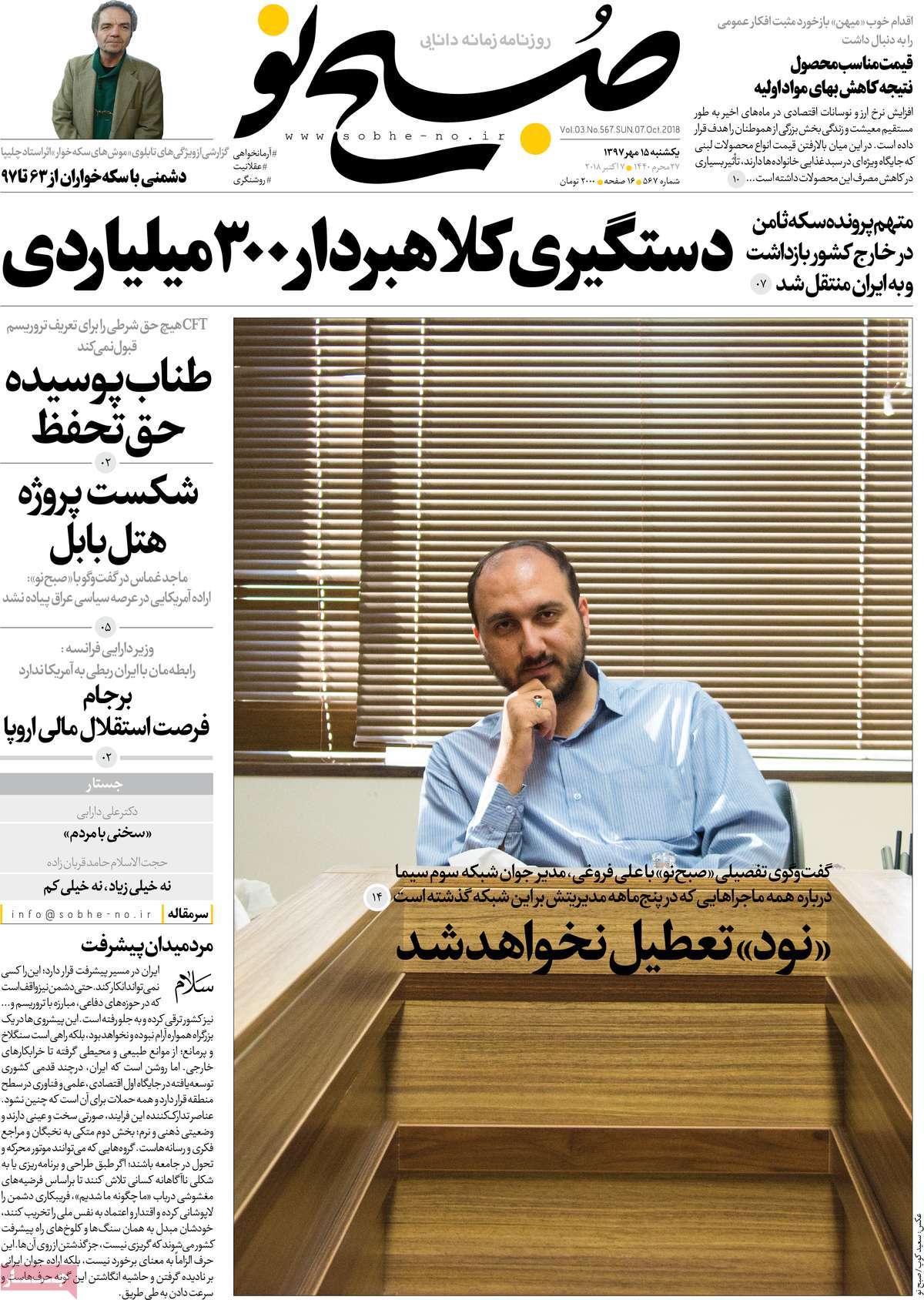