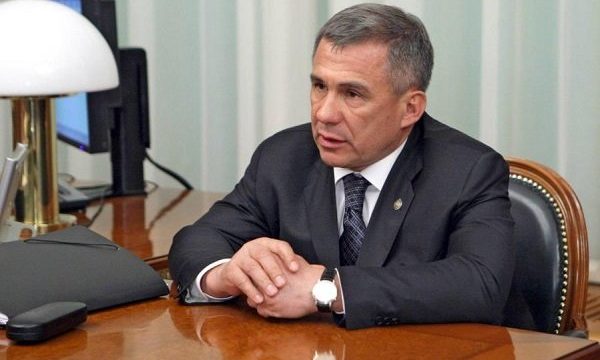 MNA – President of the Republic of Tatarstan Rustam Minnikhanov stressed the importance of economic ties with the Iran, saying his respective government hopes to boost cooperation with the Islamic Republic in different sectors.

“We are in contact with our Iranian partners,” Minnikhanov said on Saturday, adding that “efforts are underway to expand mutual ties in various economic fields including machinery, information technologies and agriculture.”

Referring to the US pressure on Iran and unilateral re-imposition of sanctions, he noted that “there is no limit or hurdle in maintaining bilateral ties with Iran.”

The president added, “Russia and the European Union’s position towards Iran is different from that of the US, and we follow the policies of our own country.”

Minnikhanov noted that his country has a big share of Asian markets, and Iran is among its key customers.

Tatarstan’s exports to Iran in 2016 amounted to $10 million. While the country’s imports from the Islamic Republic stood at around $3 million.