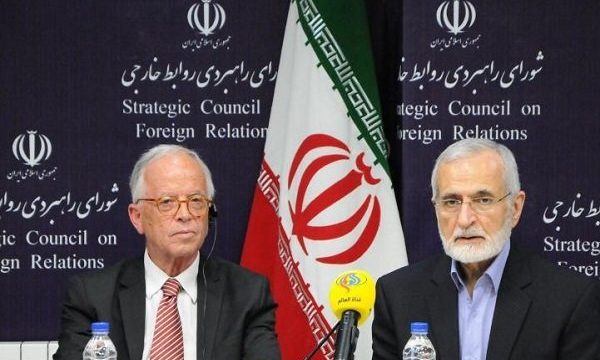 MNA – Head of Iran’s Foreign Policy Strategic Council Kamal Kharrazi said that Donald Trump’s policies have helped other countries to think on their own and pursue an independent policy from that of US.

Former Iranian foreign minister Kamal Kharrazi made the remarks in a meeting with Werner Fasslabend, President of the Austrian Institute for European Policy and Security in Vienna, this afternoon.

“Europe’s independence and their efforts in that regard have always been and will be supported by Iran and we are pleased that Europe has also come to the conclusion that its future is based on independence from the United States, a policy that is also being pursued by the Chinese,” Kharrazi said.

Countries with developed and deep economic ties with the United States face a bumpy path to independence, but their tendency towards a politically independent policy is a welcoming matter, he said.

He also referred to the Syrian crisis, saying that the Israeli regime was behind it, and went on to criticize some Arab countries for having been fooled by the Israel and taken part in creating the crisis.

He also hailed the ongoing political process in Lebanon and Iraq, saying that Hezbollah’s success in sending more lawmakers to the Parliament and formation of the Iraqi government have been achieved through Iran’s efforts.

Werner Fasslabend, for his part, said that Donald Trump is under the influence of Israeli Prime Minister Benjamin Netanyahu, adding that he [Trump] will do whatever he can to please Netanyahu in order to be reelected.

Fasslabend further referred to a financial mechanism with which the Europeans have promised to provide Iran in order to keep the nuclear deal alive, praising the Europeans’ efforts in that regard.

He then described the Iranian missile program to be completely defensive, saying that Iran’s policies in the region is understandable. He also wished that the war and bloodshed in Yemen would end soon.