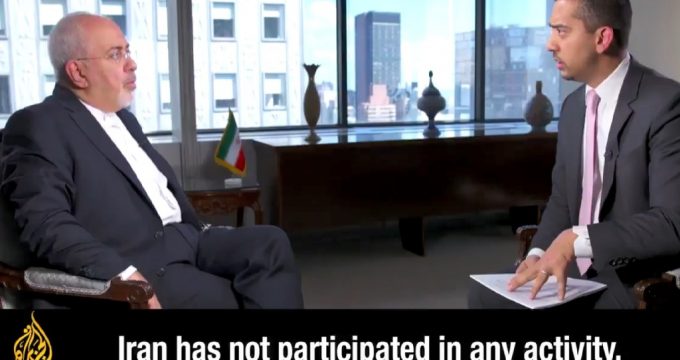 Iranian Foreign Minister Mohammad Javad Zarif says the United States has once again proved that it is not a “reliable negotiating partner” by pulling out of a decades-old treaty with Iran, stressing that US President Donald Trump is not bound by any negotiated settlement.

France: Row with US on Iran can boost EU’s financial independence

France says the European Union must use the ongoing row with the US over the Iran nuclear deal as a chance to increase the bloc’s financial autonomy and stop following Washington’s lead in its trade relations with the world.

The new US sanctions will not have a major effect on Iran’s financial and oil activity, Iranian Central Bank Governor said Friday.

Iranian border guards have disbanded a three-member team of gunmen as they were trying to cross the country’s border with Afghanistan.

The head of the Renewable Energy and Energy Efficiency Organization of Iran – a state-owned entity also known as Satba – announced the Energy Ministry’s readiness for attracting foreign investors in the country’s renewable sector.

Tensions between Tehran and Tel Aviv took a turn for the worse this week, with Israel vowing to continue its attacks against the alleged Iranian presence in Syria.

Switzerland would join new interbank payment system independent of US

Bern will take part in any new payment system if it were created as an alternative to the Society for Worldwide Interbank Financial Telecommunication (SWIFT), according to Swiss Ambassador to Moscow Yves Rossier.

An expert on international affairs said that the Iranian government and parliament and the decision-making bodies of the country are taking a decision about the FATF-related bills and should avoid any emotional reaction and gathering and provoking public opinion.

Russian President Vladimir Putin has discussed the impact of the US withdrawal from the Joint Comprehensive Plan of Action (JCPOA) for Iran’s nuclear program with Indian Prime Minister Narendra Modi, as he himself told reporters.