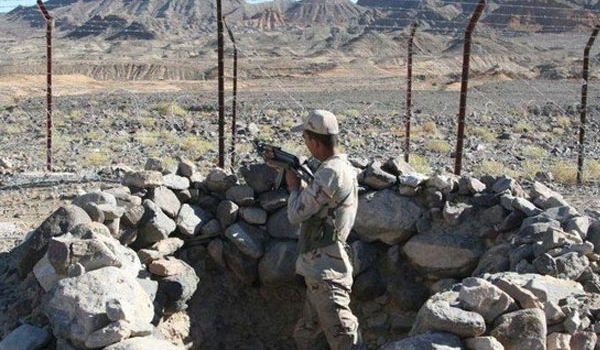 Press TV – Iranian border guards have disbanded a three-member team of gunmen as they were trying to cross the country’s border with Afghanistan.

The outfit was confronted and neutralized during a clash in the Nehbandan border area in South Khorasan Province on Thursday, IRNA reported citing police reports.

The clash, which took place in Nehbandan heights, led to the death of one of the gunmen, said Border Police Commander Brigadier General Ghassem Rezaei.

General Rezaei said the fatality was a drug smuggler, adding that another member of the team was wounded and a third surrendered.

Several Kalashnikov rifles and a quantity of ammunition were also seized from the gunmen.

Rezaei said South Khorasan border guards were closely monitoring the least noticeable of movements on the border with Afghanistan.

“Iran’s border guards use all their capability to preserve and secure the country’s territory, decisively confronting all instances of insecurity along the border,” the commander asserted.