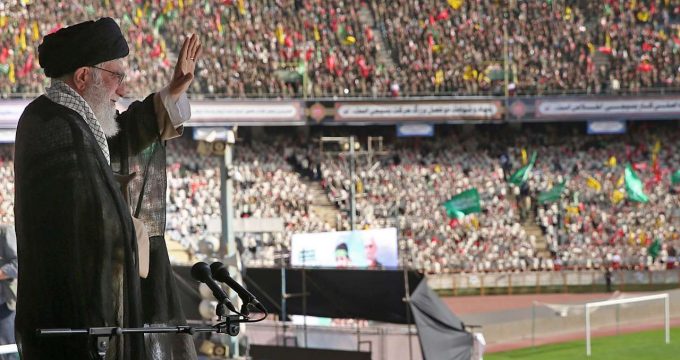 Leader of the Islamic Revolution Ayatollah Seyyed Ali Khamenei says American sanctions are “more fragile than” Iran’s economy, emphasizing that the Iranian nation will “slap the US in the face” by defeating those bans​​​​, once again.

The Trump administration on Wednesday pulled out of two international agreements after Iran and the Palestinians complained to the International Court of Justice about U.S. policies, the latest withdrawal by Washington from multilateral accords.

Iran blasts US’ decision to quit Amity of Treaty

Iranian Foreign Minister Mohammad Javad Zarif has slammed the “outlaw regime” in Washington for quitting another treaty, the 1955 Treaty of Amity, Economic Relations, and Consular Rights between Iran and the US.

Uncertainty in the oil market arising from US sanctions against Iran adds $5-$7 to price of barrel of oil, Russian Energy Minister Alexander Novak told Sputnik on Wednesday.

Iraq’s Foreign Ministry has dismissed accusations by the United States that Iran is to blame for recent violence — including through alleged militant groups — in the southern Iraqi city of Basra, where Washington recently closed its consulate.

Iran’s OPEC Governor said imposing sanctions on Iran’s oil industry was not practical, adding, “Mr. Trump is fuming at the failure of some countries to build surplus output capacity to offset oil shortages in the market by removing Iran’s oil.”

Deputy Minister of Oil and CEO of the National Iranian Gas Company (NIGC) Hamid-Reza Araghi said that Islamic Republic of Iran is able to increase its oil exports volume in international level.

Merkel begins visit to Israel with Iran, Palestinians on agenda

German Chancellor Angela Merkel began a visit to Israel on Wednesday, with Iran’s nuclear ambitions and the Israeli-Palestinian conflict among issues on the agenda in talks with Prime Minister Benjamin Netanyahu.