Iran Front Page – IFP has taken a look at the front pages of Iranian newspapers on Thursday, October 4, 2018, and picked headlines from 13 of them. IFP has simply translated the headlines and does not vouch for their accuracy.

All Iranian papers on Thursday hailed a provisional injunction issued on Wednesday by the International Court of Justice (ICJ), which said the US sanctions are harming the lives of Iranian people. The ICJ ordered the US to refrain from taking measures that damage Iran’s aviation, drug, food and agriculture industries.

The decrease in the US dollar rate in Iran’s forex market as well as the Iranian Parliament’s upcoming session to pass a bill on Combating the Financing of Terrorism (CFT) also remained top stories today.

2- Iran’s Legal Victory over US

* Father Whose Son Has Cancer Happy with Rial Regaining Its Value 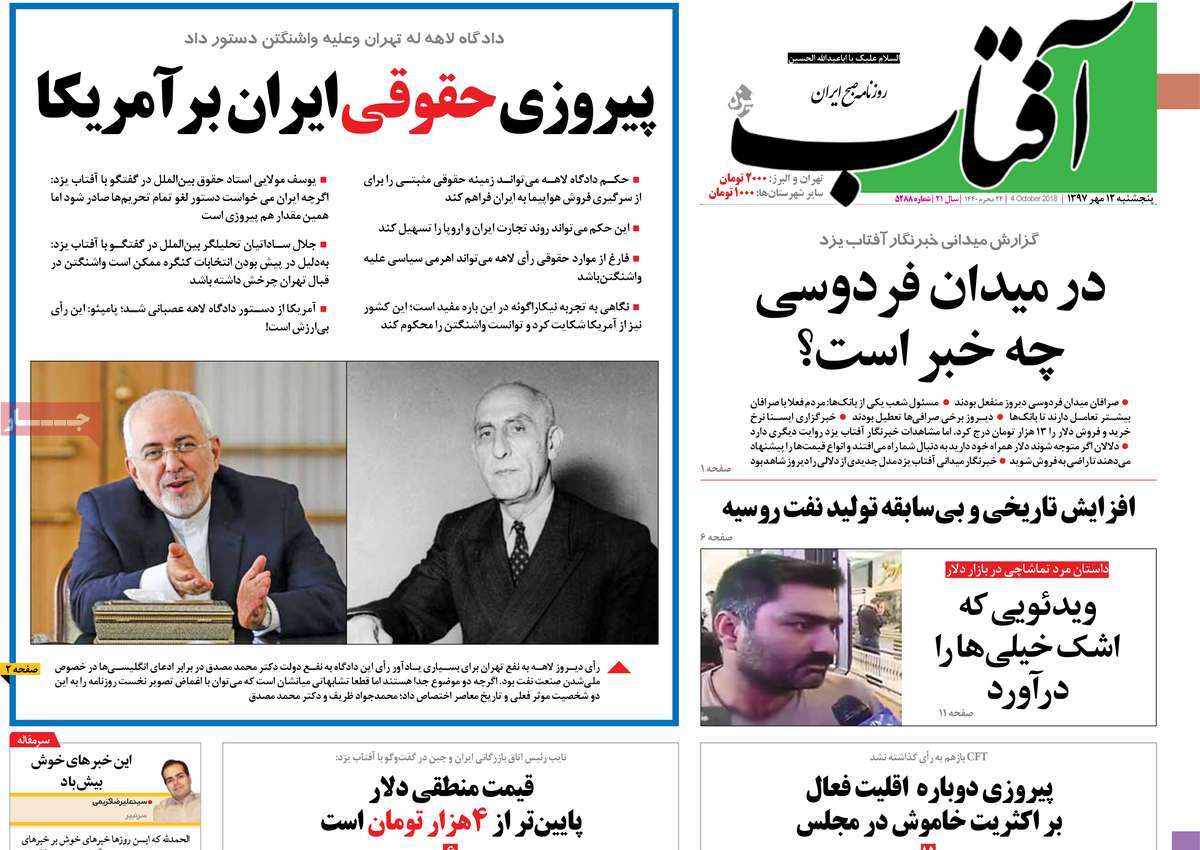 1- Iran’s Diplomatic Victory over US at The Hague 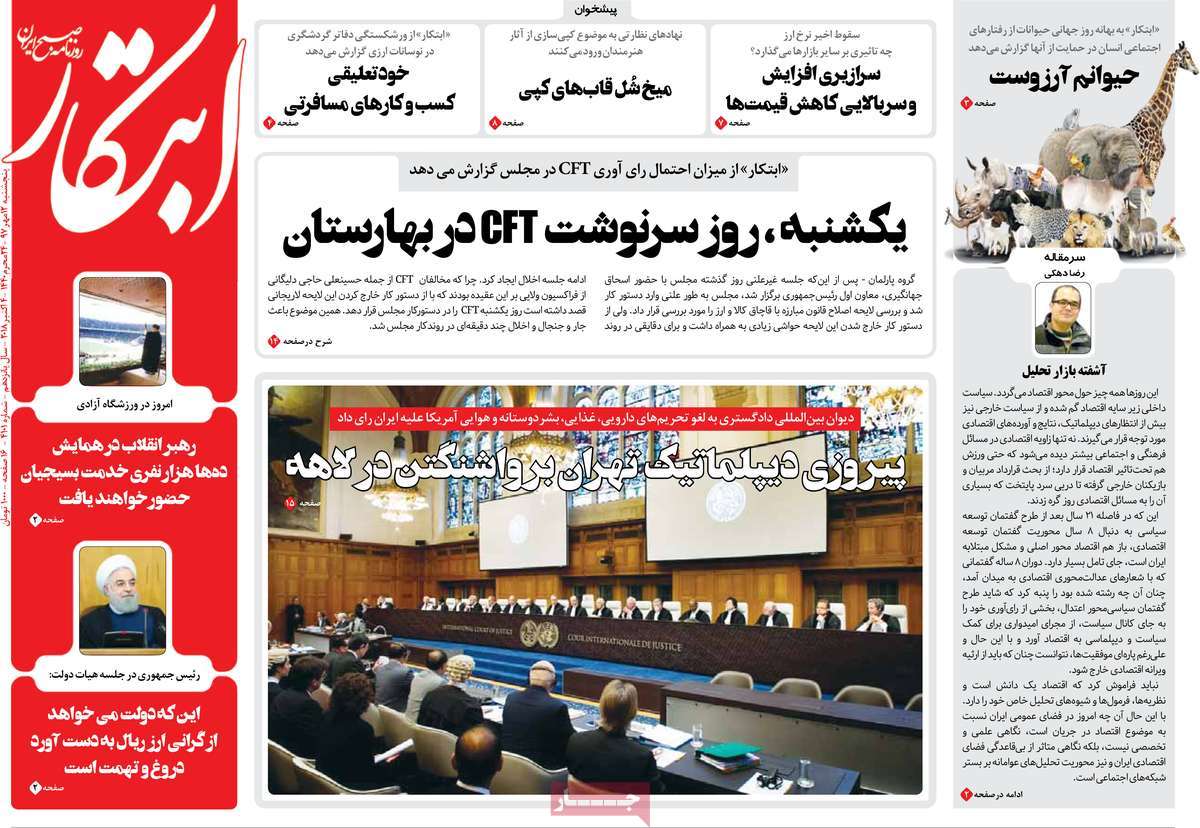 1- ICJ Votes in Favour of Iran: Bullying Defeated by Diplomacy 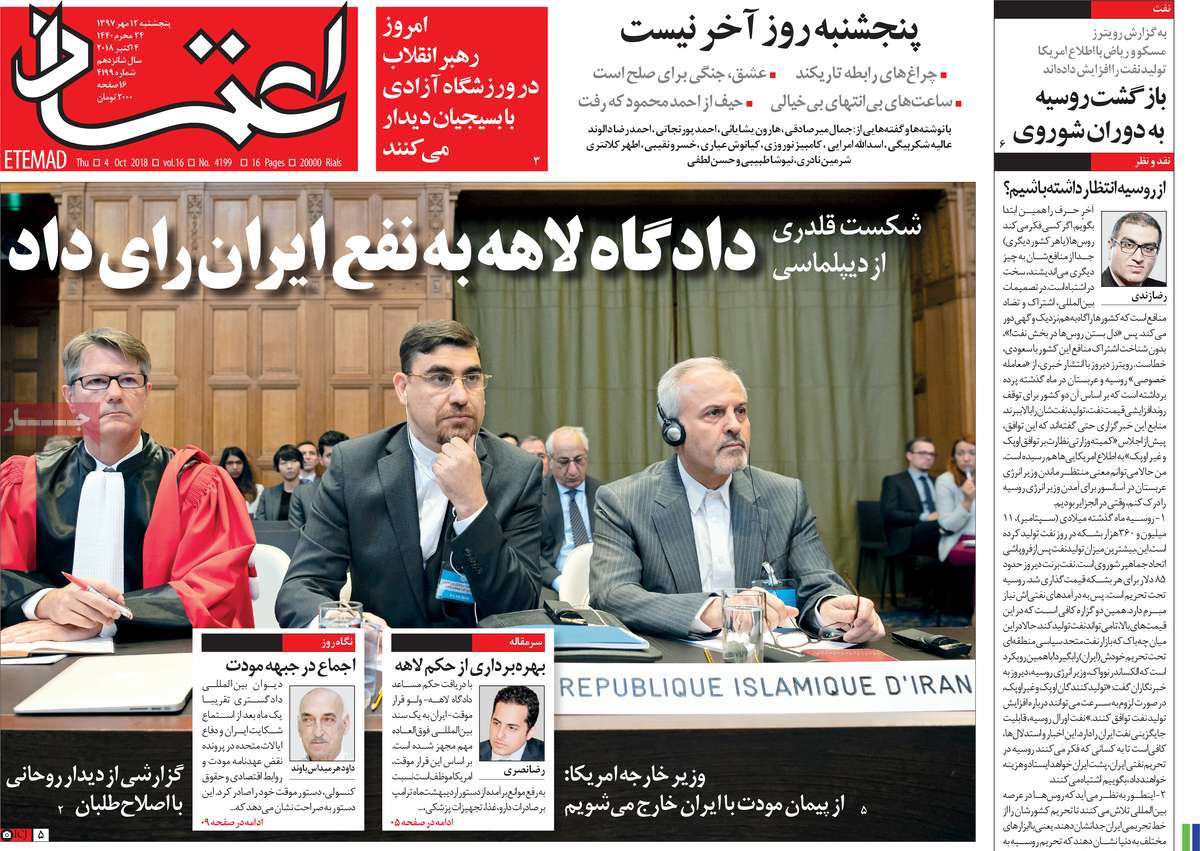 3- You Won’t Last for Two Weeks without US Support: Trump to King Salman 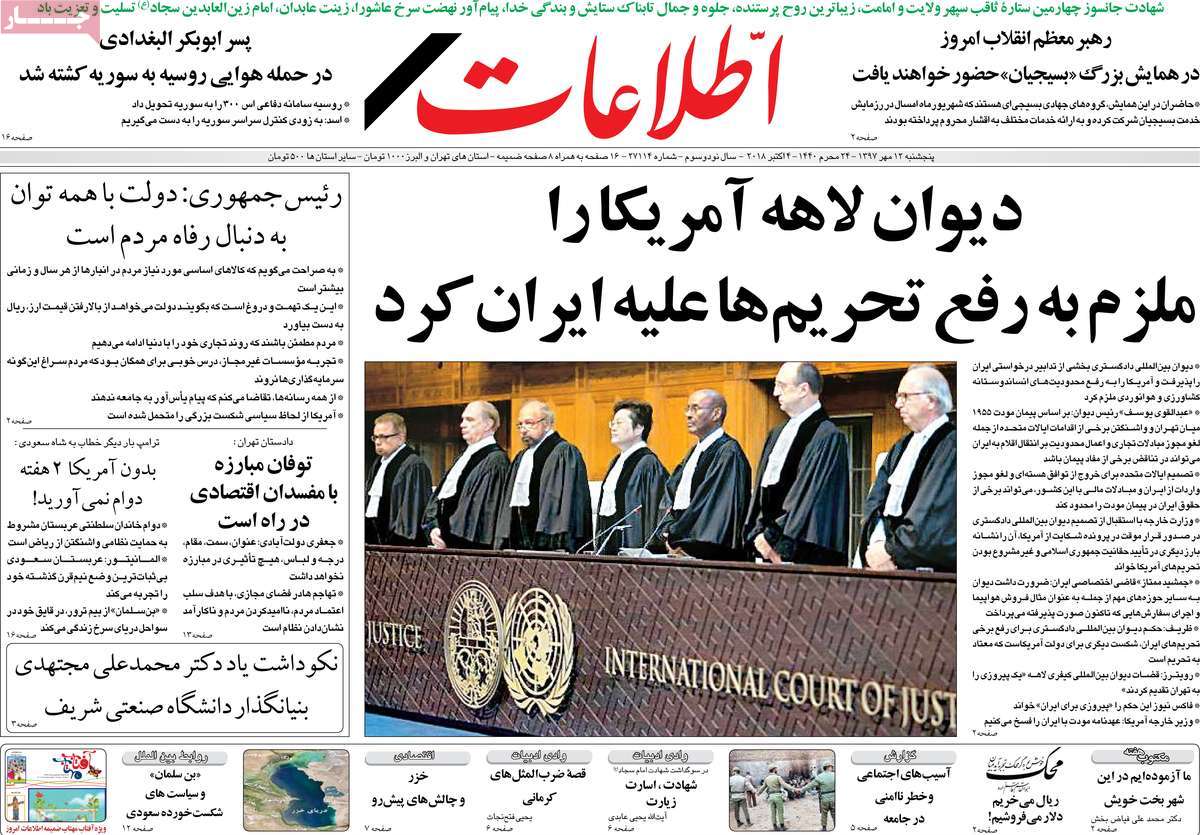 1- Triumph of Wisdom in Rival’s Court 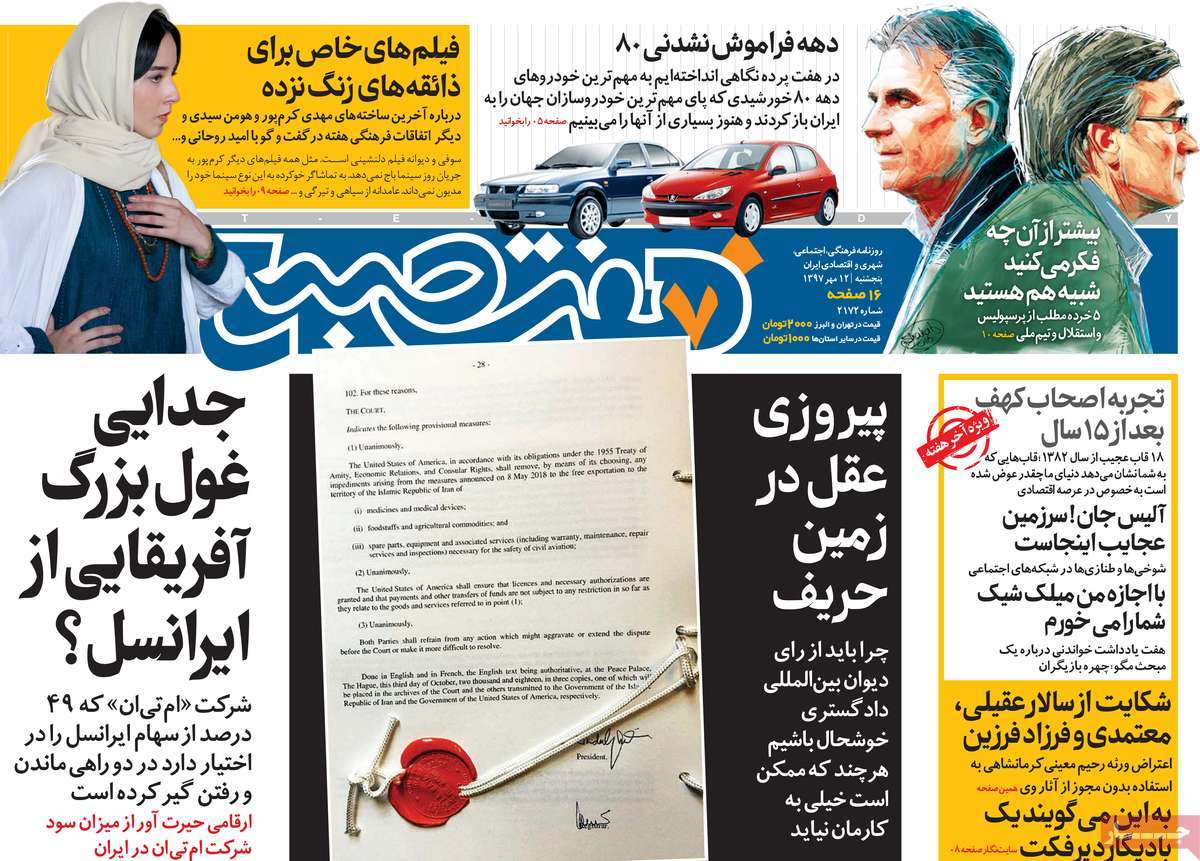 2- Return of Calm to Iraq’s Politics 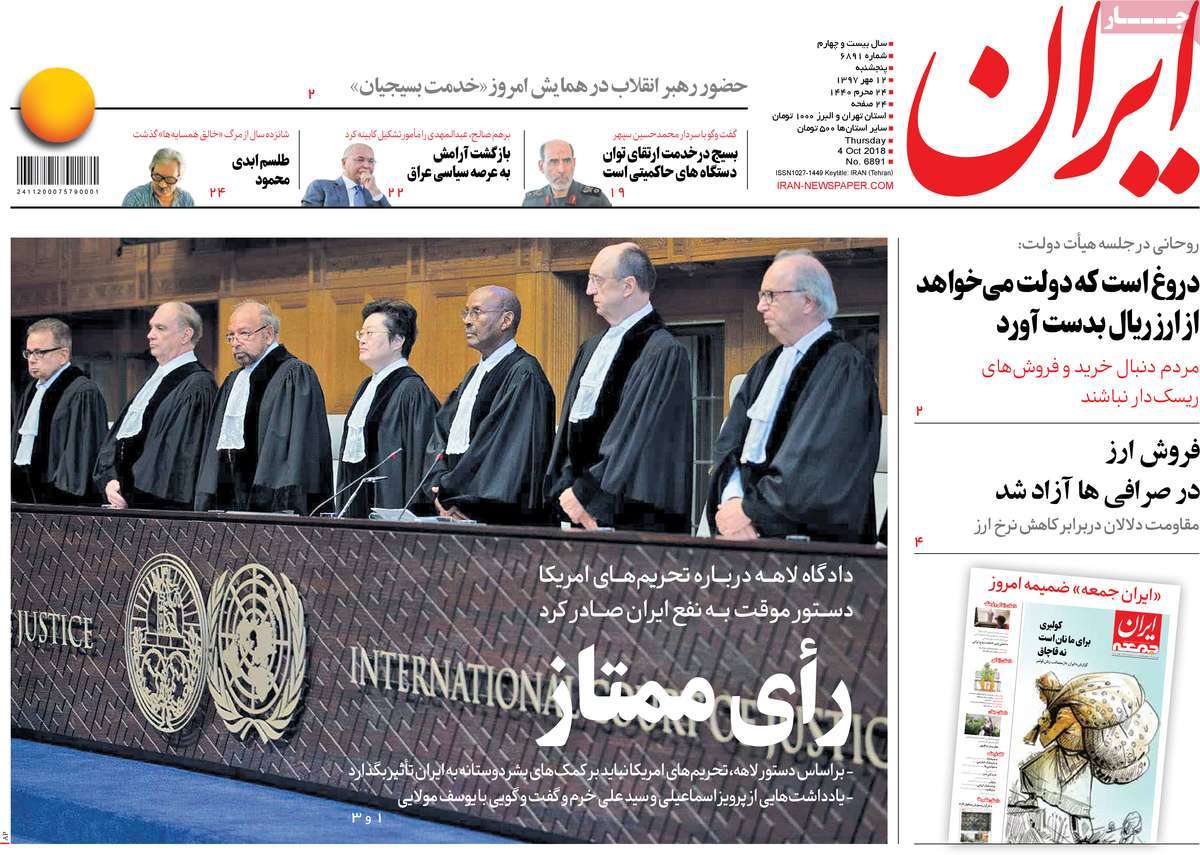 1- Iran’s Victory at ICJ: Binding Ruling without Any Enforcement Power 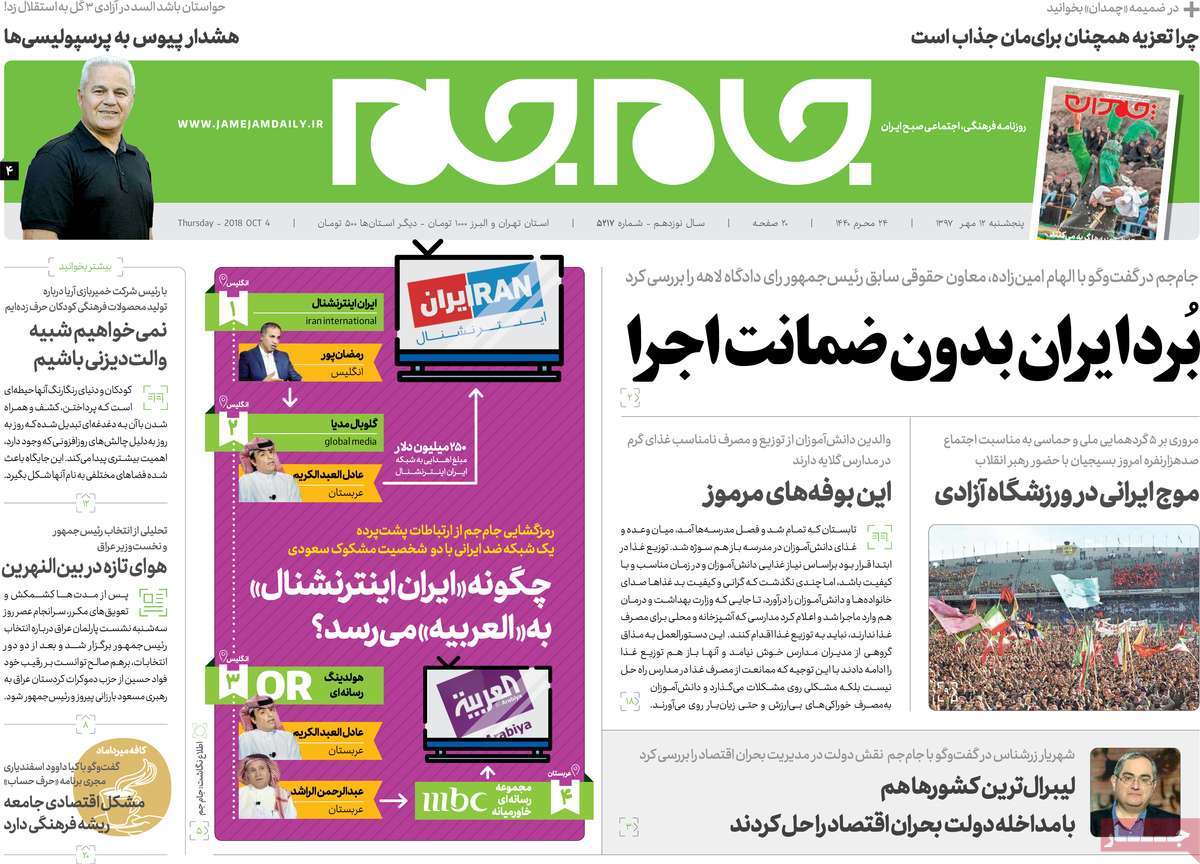 4- The Hague Gives Yellow Card to US Sanctions 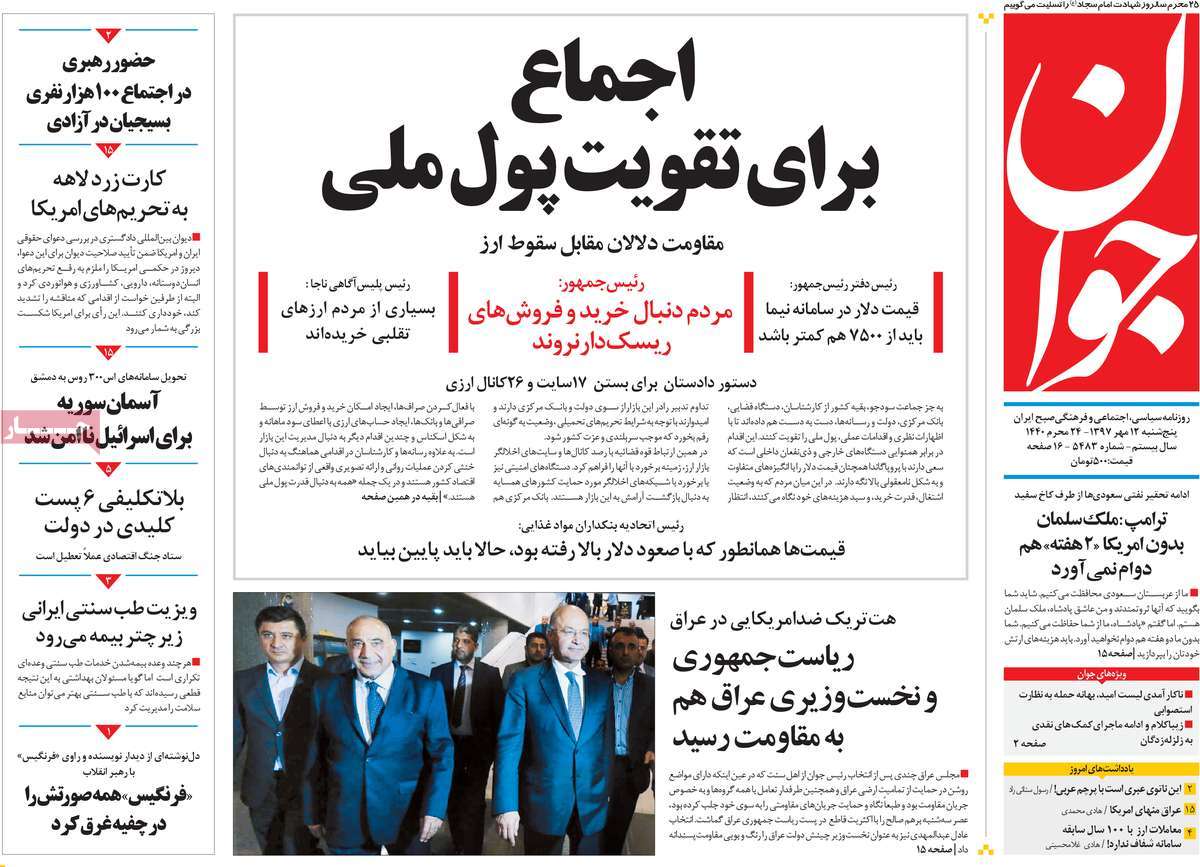 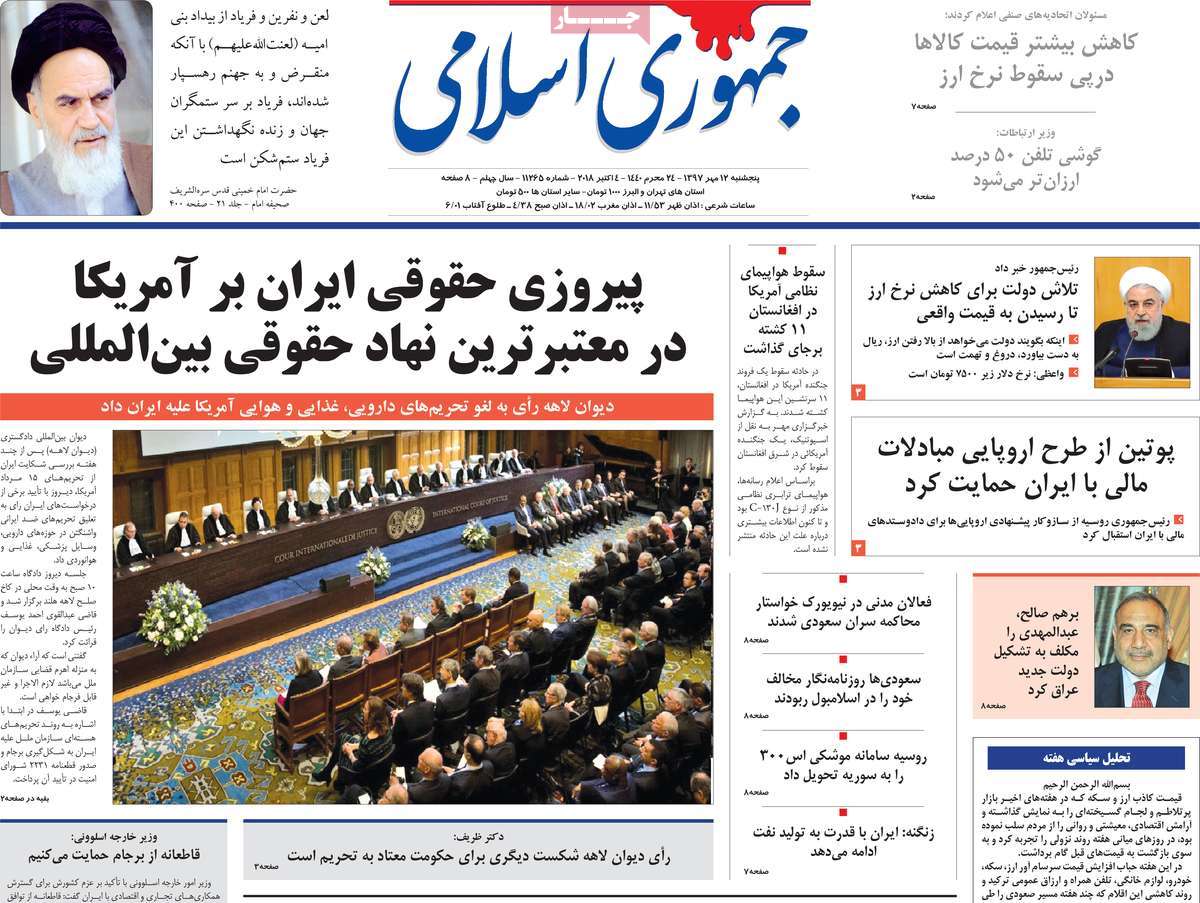 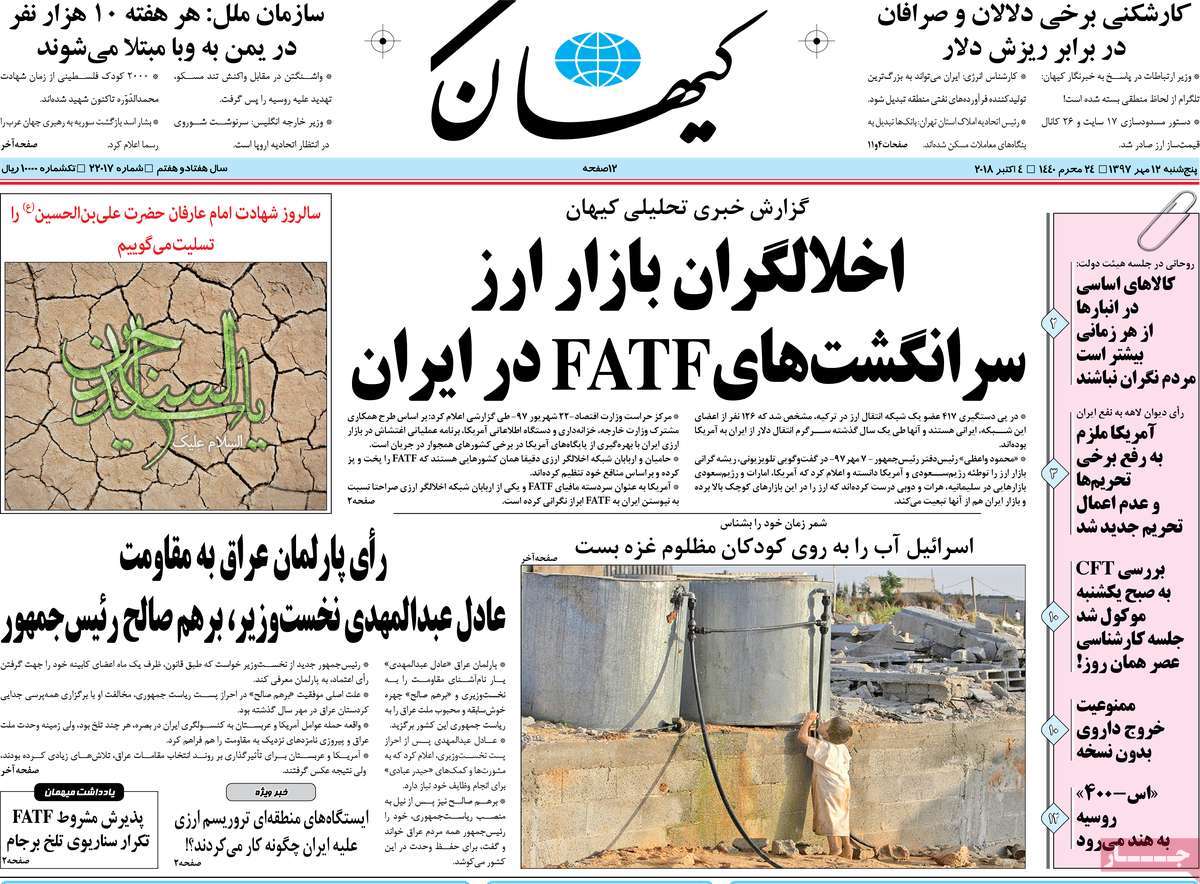 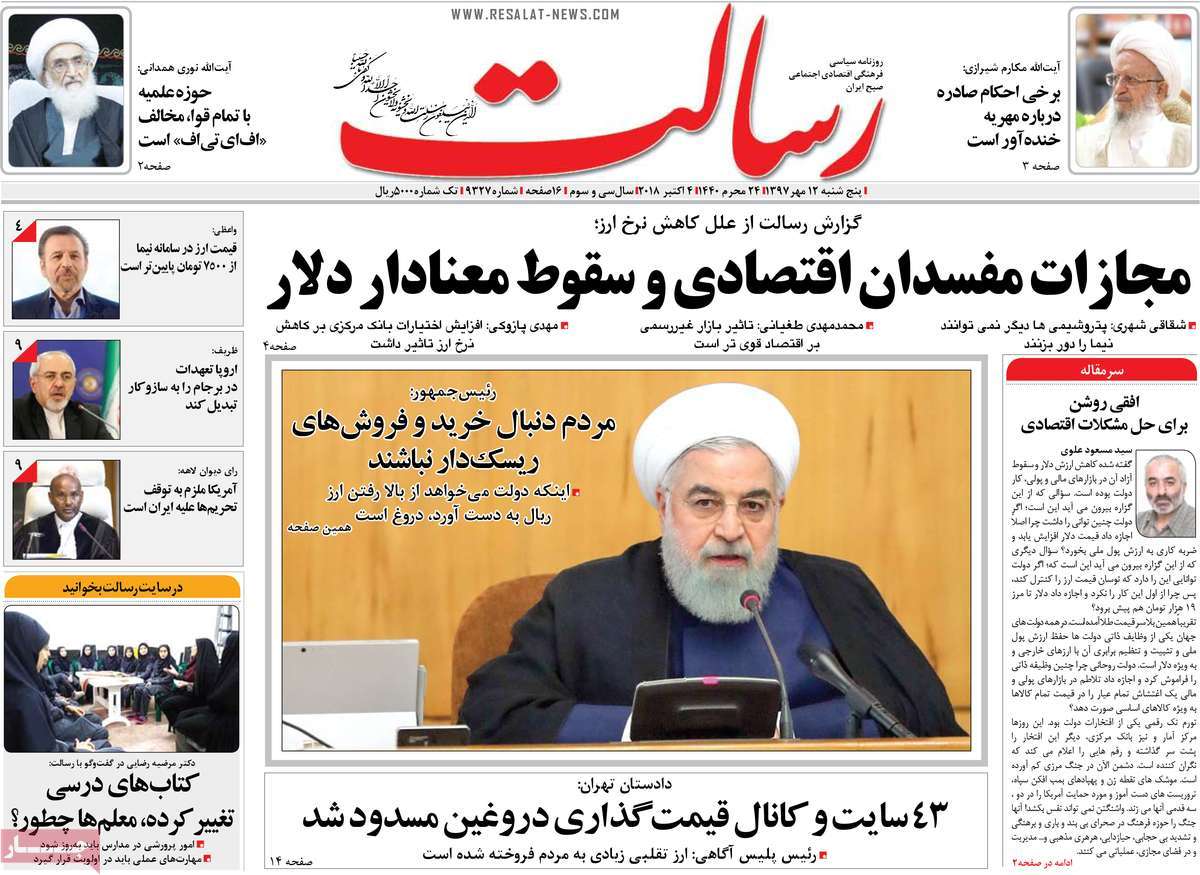 1- Suspension of US Sanctions

* Interview with Iranian Member of International Court of Justice

2- Victory of Law over Force

* The Hague Issues Injunction in Favour of Iran 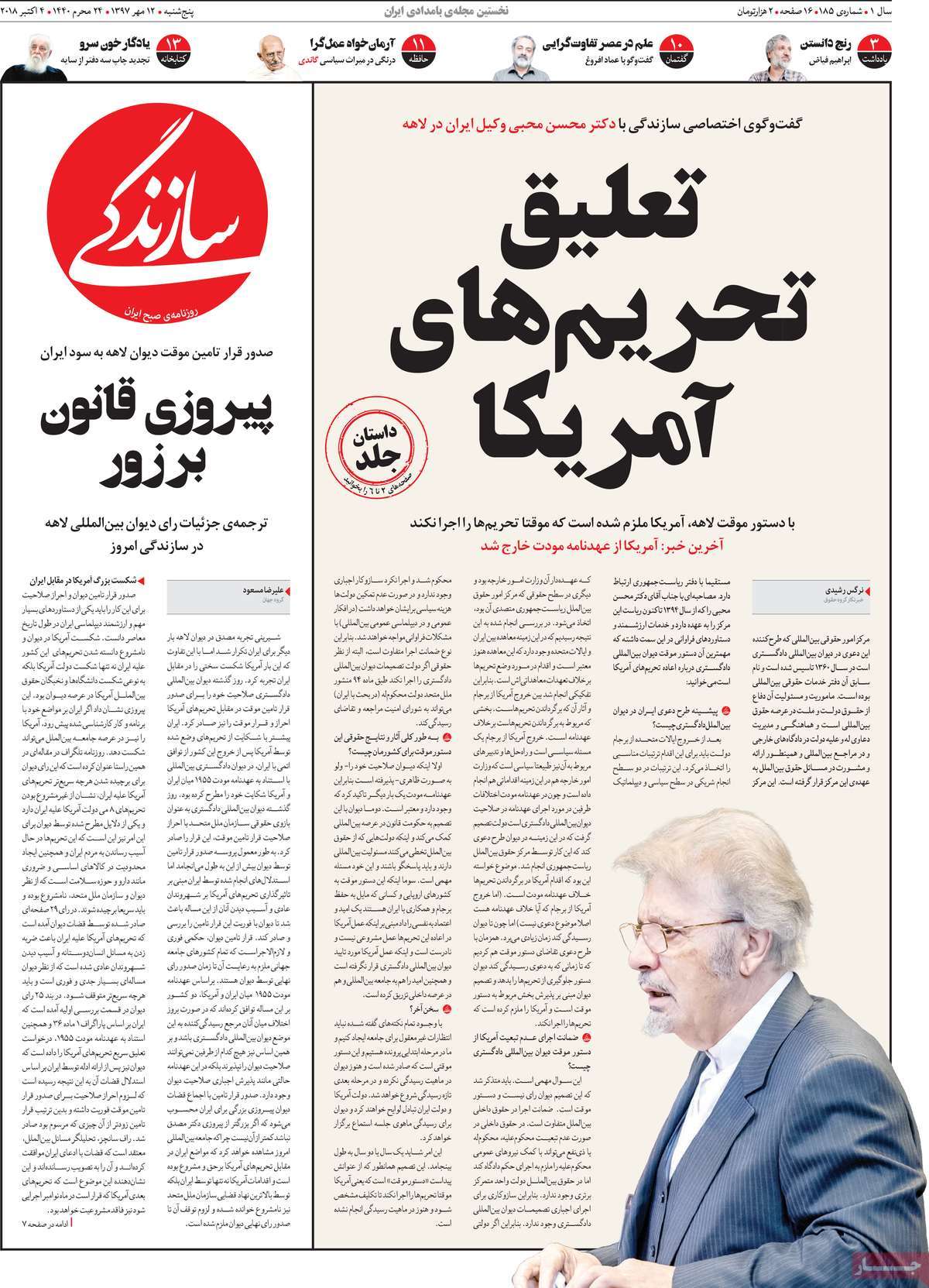 1- Another Victory in The Hague 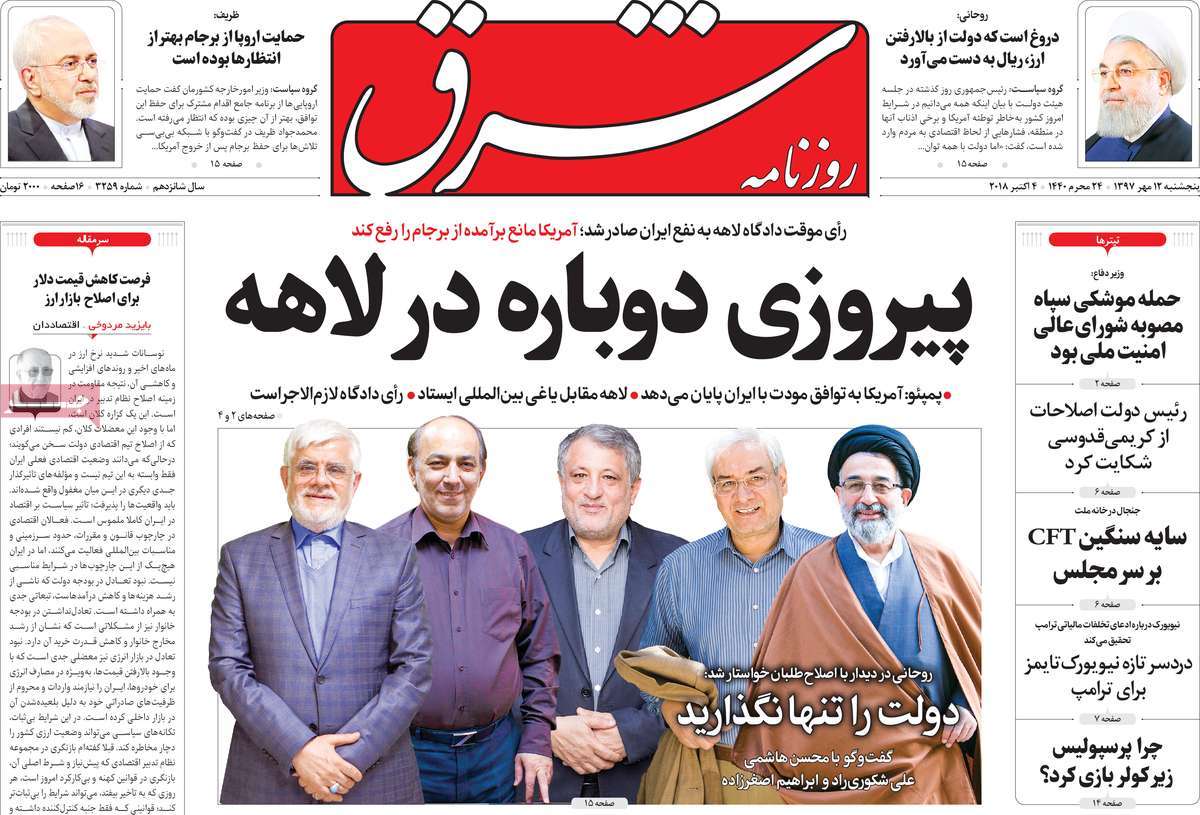