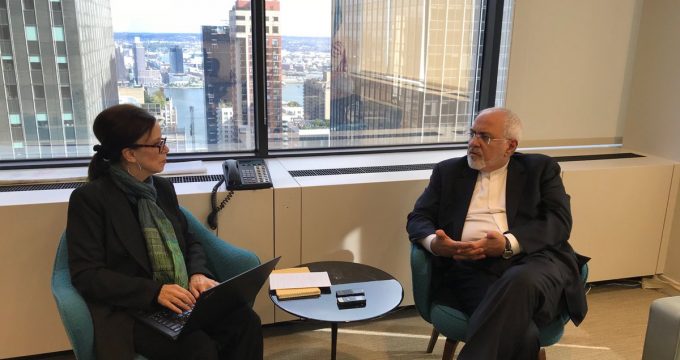 Iran’s coverage: Iran not to sit for talks with ‘unreliable’ US: FM

We can’t start all over again with US: FM Zarif

Iranian Foreign Minister Zarif told The New Yorker that any prospect for talks with US hinges on a relationship based on some “foundations”, saying that Iran is waiting for some sense of “realism”.

Huge crowds of people are seen in viral photos and videos flocking to foreign currency markets on Monday night to sell their US dollars as its rate went on a downhill spiral and experienced a historic plunge of over 20 percent in a few hours.

IAEA says its independence is paramount after Israel’s Iran allegations

The U.N. nuclear watchdog has said its independence is paramount and it does not take intelligence presented to it at face value, in an apparent response to Israeli Prime Minister Benjamin Netanyahu’s description of a “secret atomic warehouse” in Iran.

Iran’s representative to United Nations General Assembly dismissed Saudi Arabia accusations against Iran, saying that all know Saudis are leading sponsor of terrorism and major destabilizer in the region and world.

The United Nations Interagency Task Force on the Prevention and Control of Non-communicable Diseases (UNIATF) conferred Iran and some other countries on its first award.

Jahangiri apologizes to Iranians over problems as rial firms

Vice President Es’haq Jahangiri has apologized to Iranians over economic problems in the face of US sanctions, assuring that state authorities are working “day and night” to tackle them.

Iran has struck a deal with Damascus to build a 400 million euro ($460 million) power plant in Syria’s coastal city of Latakia, a potentially lucrative deal for Tehran to deepen its economic role after years of fighting in the Syrian conflict.