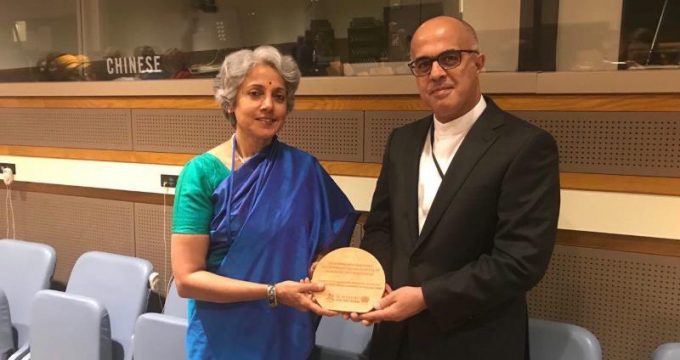 IRNA – The United Nations Interagency Task Force on the Prevention and Control of Non-communicable Diseases (UNIATF) conferred Iran and some other countries on its first award.

World Health Organization (WHO) Deputy Director-General Soumya Swaminathan granted the award to Iran, Turkey, Bahrain, India, and some other countries and individuals on the sidelines of the 73rd United Nations General Assembly (UNGA) held in New York.

The award conferred is initiated by UNIATF (a subsidiary of WHO) at its 10th meeting in Vienna in February 2018 on countries and individuals that have contributed greatly to fighting and preventing the world’s leading avoidable killers (NCDs).

Seven in 10 deaths throughout the world are caused by Non-communicable diseases (NCD) mainly originated from tobacco and alcohol use, unhealthy diets and physical inactivity, according to UN.

Over one million people around the world suffer from Trachema.