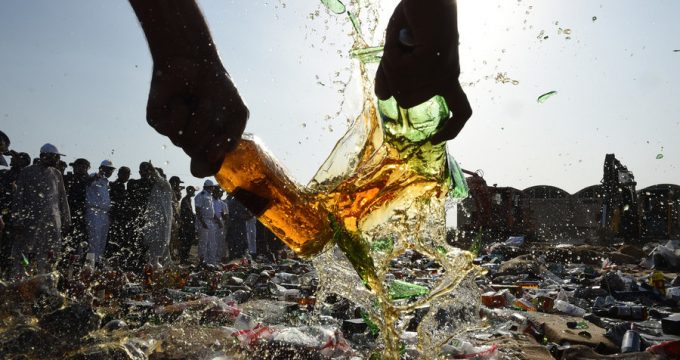 RT – Despite booze being strictly forbidden in Iran, some tainted alcohol has left at least 42 people dead and more than 300 poisoned. Hundreds are still recovering in hospitals.

The number of victims has climbed to 371 on Monday and has been drastically rising since the end of last week, with 42 fatalities, Iran’s state-run IRNA news agency said, citing Head of the Emergency Department Mojtaba Khalidi. A total of 13 deaths were initially reported on Saturday, but 29 others died across the country as a result of the tainted alcohol in the intervening two days.

Of those hospitalized with poisoning, some 167 people have been already discharged, but 173 victims are still receiving treatment.

Consuming alcohol is forbidden under Islamic Sharia Law, and is illegal for Iran’s majority Muslims. The crime is punishable by lashes and cash fines, but there have also been cases in which people faced the death penalty for repeated offences. However, bootleg alcohol still can be found in underground markets.

Iranian police have arrested three people in Hormozgan province, including a couple, suspected of producing alcoholic beverages, according to IRNA. Only state-recognized religious minorities can legally produce or purchase alcoholic drinks in the Islamic Republic.