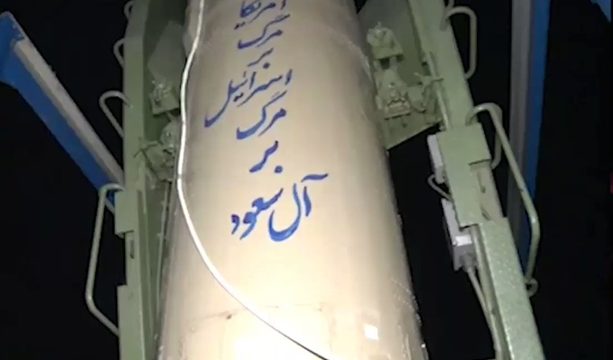 An ISIL ringleader killed in Iran missile strikes on terrorists

MNA – Alebaa News announced that an ISIL ringleader has been killed during IRGC’s missile attack at militants in Syria over Ahvaz military parade attack.

Abu Ali al-Mashhadani, a top Iraqi ringleader and senior member of ISIL terrorist group, who was responsible for providing the security of the terrorist group in Mosul, Nineveh province of Iraq, has been killed during IRGC’s missile attack on October 1 at militants in Syria over Ahvaz military parade attack, Alebaa News reported.

He has been killed in the missile strike at ISIL headquarters near the al-Sousse elementary school.

The report also said that 10 other elements of the ISIL were killed by two other missiles in the Hajin region.

On early hours of Monday, IRGC launched ground-to-ground missiles at the headquarters of the ringleaders behind the Ahvaz terrorist attack in Syria’s Eastern Euphrates. According to early reports, a large number of Takfiri terrorists, responsible for the Ahvaz terror attack, have been killed or injured in the missile strikes.

The attack on a military parade in Ahvaz killed 25 people and injured over 60 others, including a journalist and a four-year-old child.