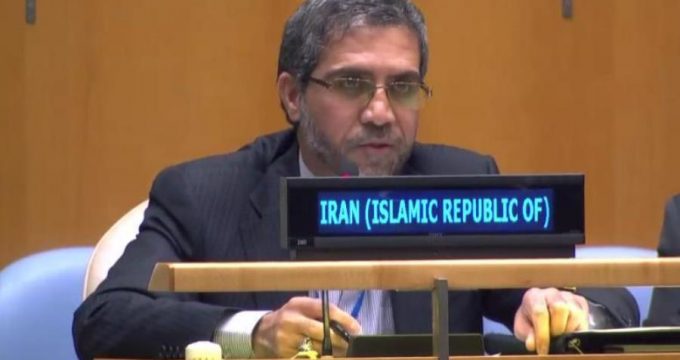 IRNA – Iran’s representative to United Nations General Assembly dismissed Saudi Arabia accusations against Iran, saying that all know Saudis are leading sponsor of terrorism and major destabilizer in the region and world.

Addressing the 73rd United Nations General Assembly, Abbas Golroo added that the Saudi Arabian foreign minister’s assertion that his country supports US sanctions against Iran is not something new.

He further noted that Saudi Arabia’s history of hostility towards regional nations and governments is known for all and the Iranian nation will never forget Riyadh’s support for Iraqi dictator Saddam Hussein to kill the Iranian people.

Stressing that Saudi Arabia is deliberately killing Yemeni children, Golroo added that it is Daesh and Saudis that consider attack on a bus carrying children legitimate.

Iran has always tried to solve the issue peacefully but Saudi Arabia is not seeking diplomatic solution, he said, noting that Saudis have committed war crimes in Yemen.

Unlike false claims, Iran is a sincere and honest neighbor for those who are honest with their ties, the Iranian envoy said.

Iran is open to dialogue and is ready for talks to solve regional problems, he said.