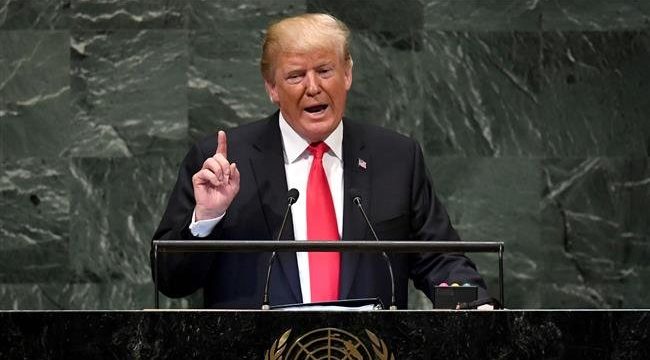 RT – When Donald Trump told the UN General Assembly that Washington chooses independence over global dominance, he failed to note that the US exerts such dominance by telling other countries how to trade, Sen. Richard Black told RT.

“President Trump during his speech at the UN said America will always choose independence over global governance, control, and domination; yet when we tell sovereign nations that you cannot trade with certain countries, we certainly are talking about global domination and I think it’s counter-productive, I think it causes hostility with the world,” said Black, a Republican in the Virginia State Senate. His comments come as Trump tells other nations not to trade with Iran.

Keeping with the topic of Iran, Black went on to note that there is a “tremendous amount of bitterness” coming from other countries surrounding Washington’s decision to pull out of the Iran nuclear deal – particularly as the US was initially the driving force behind the agreement.

“We did it, we urged them to sign on, they all agreed to do it, it went to the UN and they put their blessing on it, and now we’ve decided we’re going to pull out, we don’t like it after all.”

Black said he believes the other countries behind the nuclear deal “feel like as nations they should not have another country dictate to them who they can trade with and who they can’t. I agree with that.

“I think that’s the essence of globalism, when you compel other countries to obey your dictates, and I don’t like the idea that the United States will dictate to other nations who they can trade with, who they can deal with…”

This is also an incentive for war. It moves us a step towards war every time we impose sanctions.

Black said he would like to see all sanctions abolished. “I’d like to see the whole regime of sanctions swept away,” he said, adding that he believes they only punish poor people in nations that are undergoing difficulties and struggling.