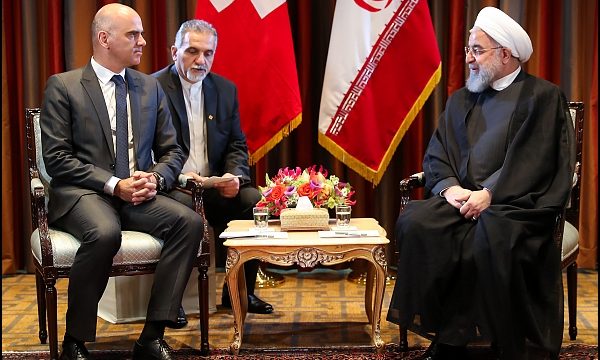 IRNA – President of the Switzerland Alain Berset underlined the importance of Iran nuclear deal also known as the Joint Comprehensive Plan of Action (JCPOA) for the international community.

Speaking to the Islamic Republic News Agency (IRNA) on the sidelines of the 73rd session of the UNGA, Berset said it is very important for the International Atomic Energy Agency (IAEA) to preserve its capabilities and monitoring.

He referred to his July meeting with Iranian President Hassan Rouhani in Switzerland, saying they discussed JCPOA in the meeting.

The Swiss president also mentioned the role of his country as protecting the interests of the United States in Iran, saying Switzerland has always complied with commitments and attempted to bring the two sides closer together.

Elaborating on the impact of US unilateral sanctions on the economic relations between Iran and Switzerland, he said Bern has to wait to see the influence of US November sanctions on Swiss firms.