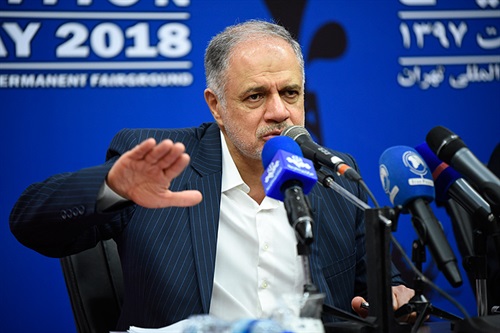 SHANA — Iran says it has no plans to cut its crude oil production amid mounting pressure from Washington to stifle the country’s exports by imposing fresh round of oil sanctions.

The National Iranian Oil Company (NIOC) CEO explicitly said his company, the sole producer of hydrocarbons in Iran, had no plans to reduce its output.

Speaking on Sunday evening, Ali Kardor said NIOC had access to all its oil revenues and witnessed an upward trend in its revenues.

In May, US President Donald Trump pulled Washington out of the Joint Comprehensive Plan of Action (JCPOA), an international agreement between Tehran and the P5+1 group of countries back in 2015 to curb Iran’s nuclear activities in exchange for lifting of nuclear sanctions on the country.

The new round of curbs Trump has threatened against Iran are to take effect in November.

NIOC easily collects the money from selling crude oil, the CEO added, saying: “The efforts of the Ministry of Foreign Affairs are aimed at striking an agreement with the European Union in order to work out different solutions and actions plans for various future scenarios.”

He further said the payment of oil money from India in rupees had not yet been finalized.

Asked about signature of contracts under the newly-devised model of oil contracts, Mr. Kardor said: “We are in talks, and it is likely that the next deal will be signed with a consortium of Russian companies.”

Regarding insurance coverage for oil shipments, Kardor also said NIOC was fully providing coverage for shipments and had undertaken all the risks involved in the processes.

He also touched on development of Farzad B gas field by Indian companies, saying talks with them were in progress.