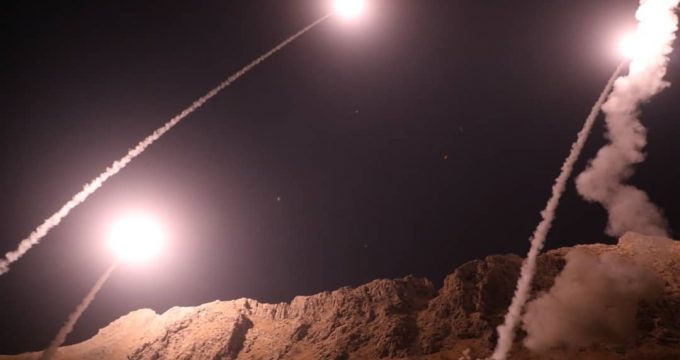 Iran has been doing copious work with Europe to devise a mechanism to guarantee continued bilateral trade despite attempts by the United States to obstruct such cooperation, says an Iranian official, declaring that US sabotage is “certain” to fail as a result of ongoing Iranian-European diplomatic engagement.

Iran says it has no plans to cut its crude oil production amid mounting pressure from Washington to stifle the country’s exports by imposing fresh round of oil sanctions.

Russia’s S-300 deliveries to contribute to security in Syria, stability in region – Tehran

Tehran believes that Russia’s deliveries of S-300 air defense systems to Syria will contribute to the security and stability in this country, Iranian Deputy Foreign Minister Abbas Araghchi said.

Iran’s nuclear chief says a group of Iranian scientists will be dispatched to France to pass courses on nuclear technology as part of a deal between Tehran and Paris.

Brent oil hits four-year high ahead of Iran sanctions, but demand may stutter

Brent crude oil prices rose to their highest since November 2014 on Monday ahead of U.S. sanctions against Iran, the third-largest producer in the Organization of the Petroleum Exporting Countries (OPEC), that kick in next month.

Rezaie on IRGC’s strike: ‘This was a flick, the actual blow on the way’

Expediency Council (EC) Secretary Mohsen Rezaei described the Monday’s IRGC missile strike at terrorist headquarters as a ‘flick’ adding that the actual blow is yet to come.

Head of Iran’s Plan and Budget Organization said the administration is going to implement five new packages of measures to regulate the foreign currency market.

Iranian Foreign Ministry Spokesman Bahram Qassemi dismissed as “worthless” allegations leveled against the country by the foreign ministers of Bahrain and the United Arab Emirates, saying Tehran’s policy is never to interfere in other countries’ internal affairs.

The Iranian Foreign Ministry, in a message, has paid tribute to prominent Iranian poet Rumi, who was one of the world’s most famous literary figures known for his mystic poems.