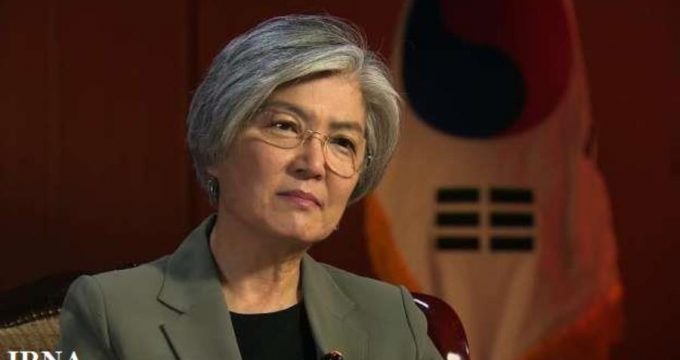 South Korea trying to handle US sanctions against Iran

IRNA – South Korean Foreign Minister Kang Kyung-wha said her country is trying to find a way for US santions against Iran.

Kyung-wha made the remarks in an exclusive interview with The Islamic Republic News Agency (IRNA) referring to economic ties between Tehran and Seoul.

We are investigating the impact of sanctions on Korean firms, she said.

Iranian and Korean foreign ministers are in New York to attend the 73rd session of the United Nations General Assembly.

Earlier in a meeting with vice chairman of Tehran Chamber of Commerce Mohammad Reza Bakhtiari Kyung-wha said that Korean companies are interested in working with Iran.

They tend to maintain trade relations with Iran, she added.

Many Korean companies rely on Iranian oil, as well as the Korean chemical and petrochemical industries will suffer from a shortage of Iranian oil, she noted.

She went on to say that they are negotiating with the United States to obtain the necessary exemptions to continue buying Iran’s oil.