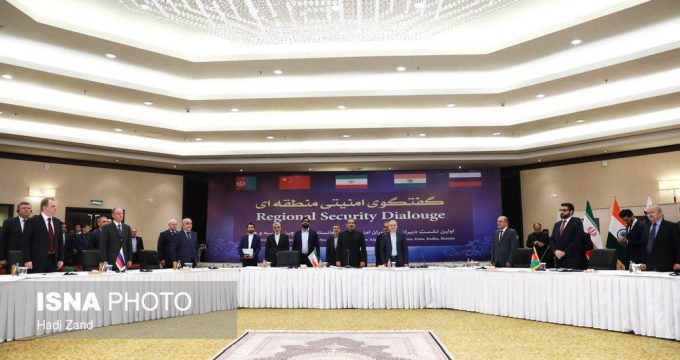 Al-Monitor – In a push to advance a multilateral approach to security issues, Iran hosted its first Regional Security Dialogue, on Sept. 26. This was the first meeting of its kind to include the national security and deputy national security advisers from Iran, China, India, Russia and Afghanistan to discuss the issue of terrorism, among other regional threats.

In addition to discussing the issue of terrorism at a Sept. 26 press conference Ali Shamkhani, secretary of Iran’s Supreme National Security Council, warned against the unilateral approach of the United States. “The use of the weapon of sanctions by the US against Iran, Russia, and China is due to the helplessness and sense of feeling left behind by this country with respect to the progress, growth, and increase in power of our countries.”