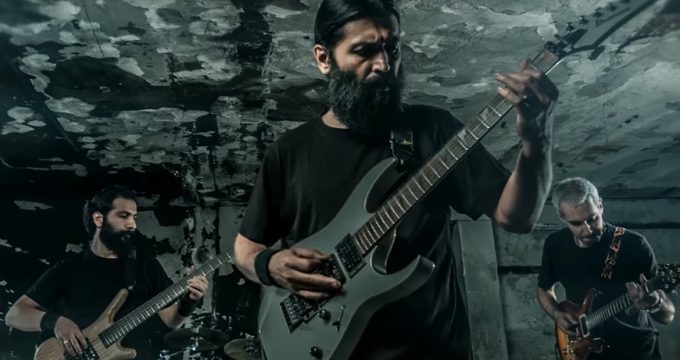 Al-Monitor | Maziar Motamedi: Iran’s heavy metal music scene has had many ups and downs since its inception some three decades ago. The musicians and fans in Iran face myriad challenges that might be inconceivable to metalheads — fans or performers of metal music — in most countries. Now, however, the times may be changing, as metal enthusiasts are hopeful that, in the future, they will be able to freely enjoy the music they love.

Musicians started playing heavy metal in Iran in the late ’80s and early ’90s. Farshid Arabi is referred to as the father of Iranian heavy metal, and Homayoon Majdzadeh and Iranian Armenian Norik Misakian were pioneers of the genre. These musicians even managed to release licensed albums, albeit with much difficulty. From death metal bands in the holy city of Mashhad to black metal bands in Shiraz, local groups sprouted in different corners of the country. But all had to stay underground, excluding a few whose music did not include elements from racier subgenres of metal. A few of the groups successfully held concerts in the early 2000s, but things came to a halt in terms of public appearances until about a decade later.

Three years ago, a handful of bands led by millennial metalheads managed to obtain permits from the Ministry of Culture and Islamic Guidance — known locally as Ershad — to stage metal concerts. One such band is Artamene, a five-member outfit from Tehran.