A Look at Iranian Newspaper Front Pages on September 30

Iran Front Page – IFP has taken a look at the front pages of Iranian newspapers on Sunday, September 30, 2018, and picked headlines from 14 of them. IFP has simply translated the headlines and does not vouch for their accuracy.

Newspapers today covered the latest speeches and meetings at and on the sidelines of the UN General Assembly, which is underway in New York.

Several papers highlighted the justifications provided by the US for closing its consulate in the Iraqi city of Basra, and Iran’s rejection of the accusations raised as a pretext by Washington. 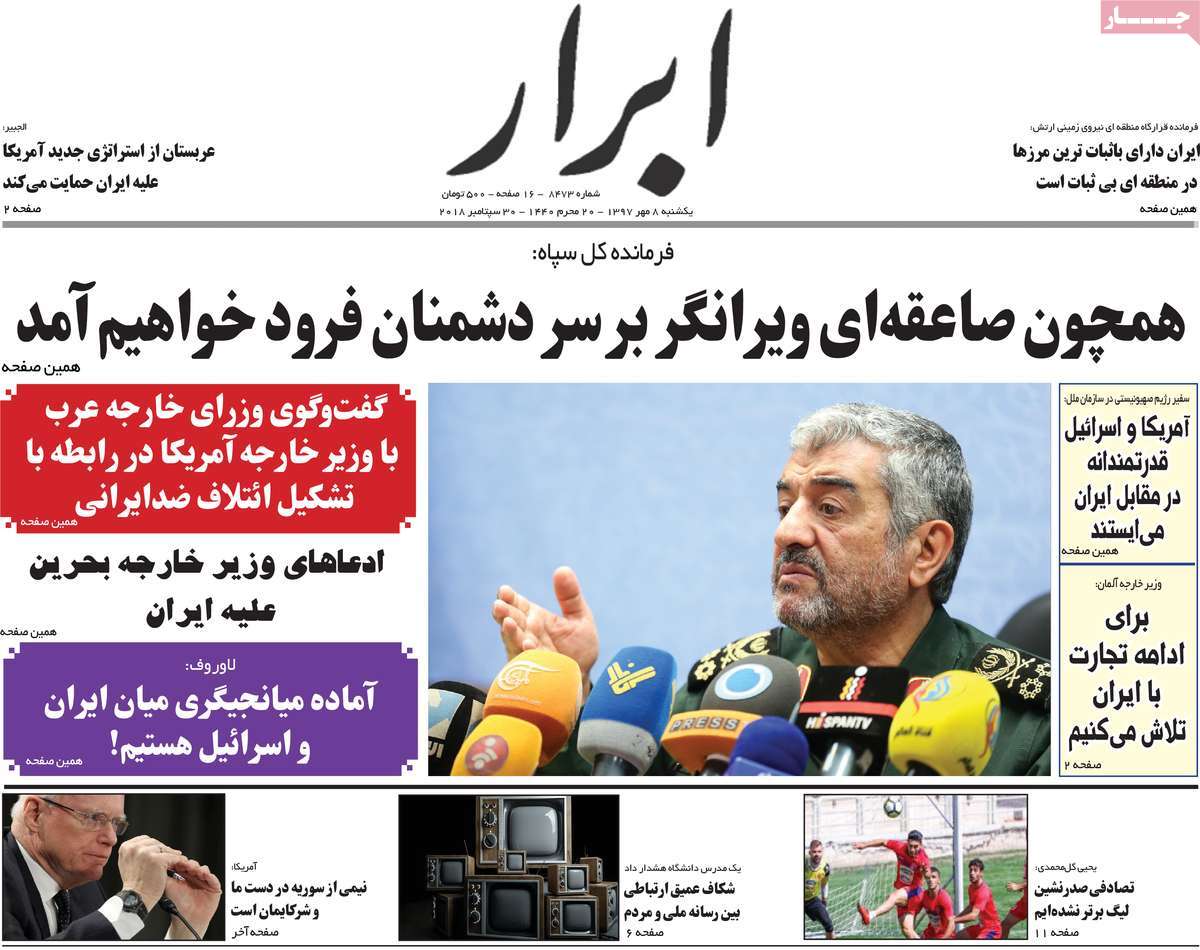 1- Those Who Long to Immigrate Being Blackmailed in Iran 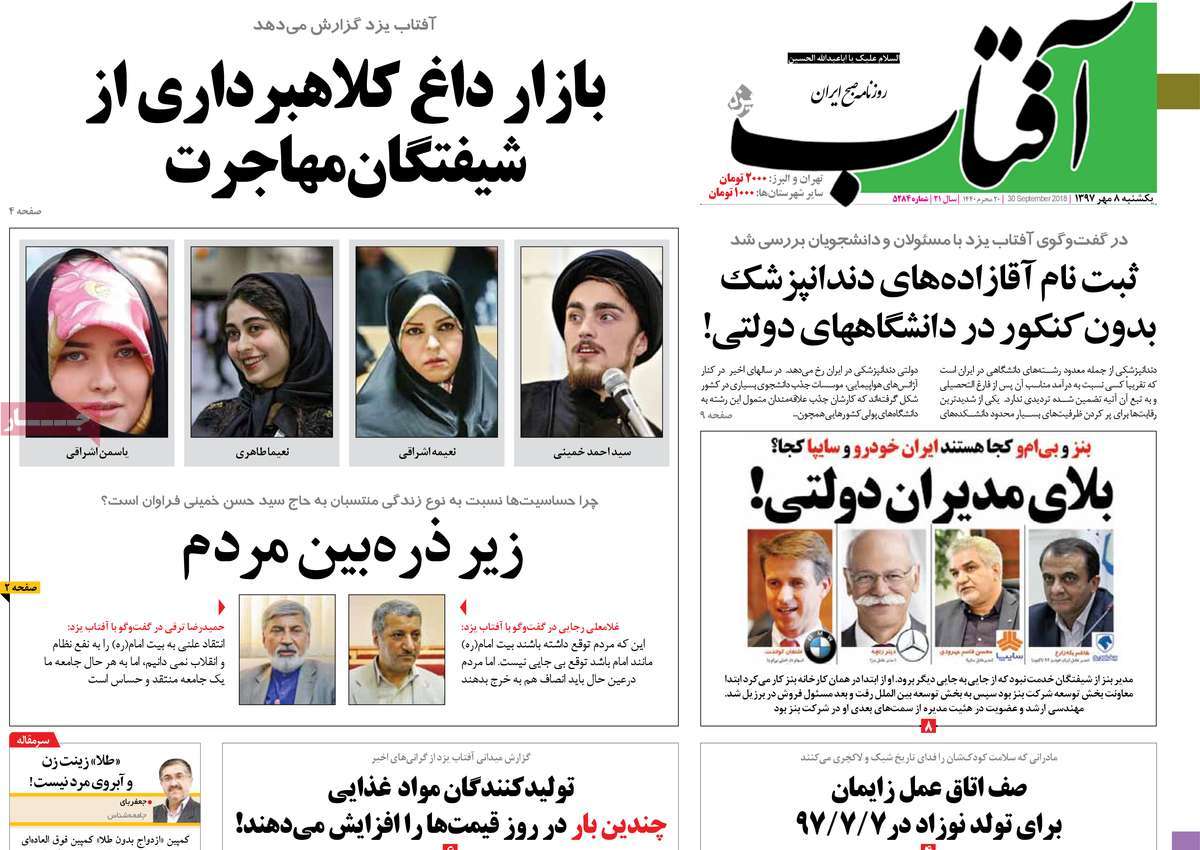 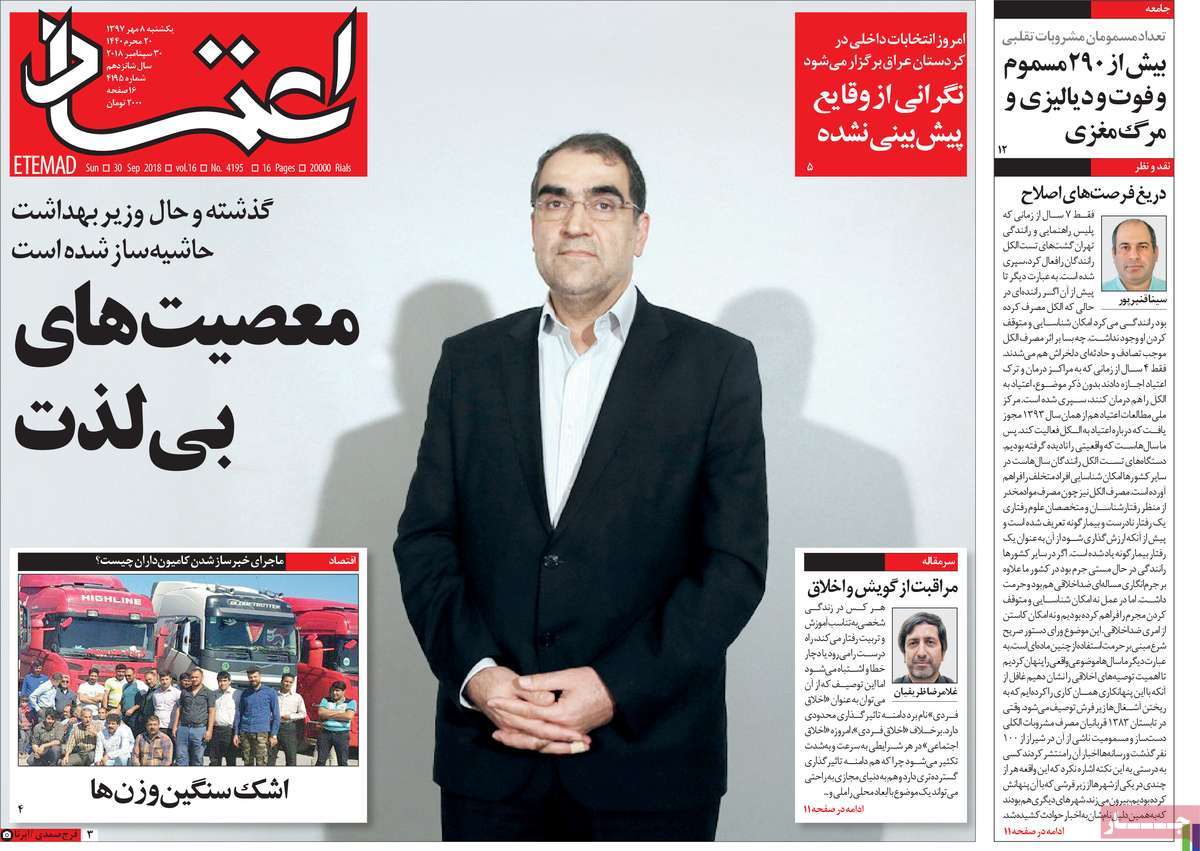 3- Iran Rejects US Justifications for Closing Its Consulate in Basra 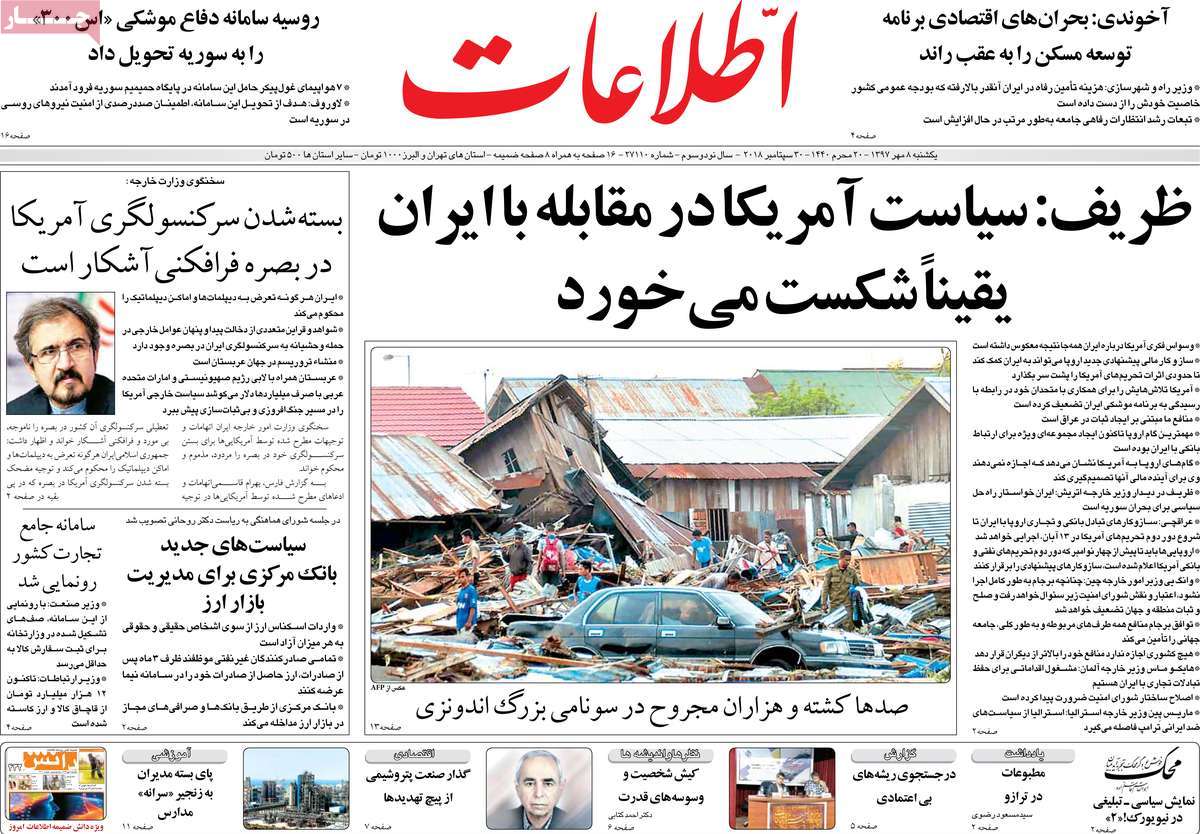 2- Araqchi: EU’s Special Mechanisms to Keep Trade with Iran to Be Implemented by November 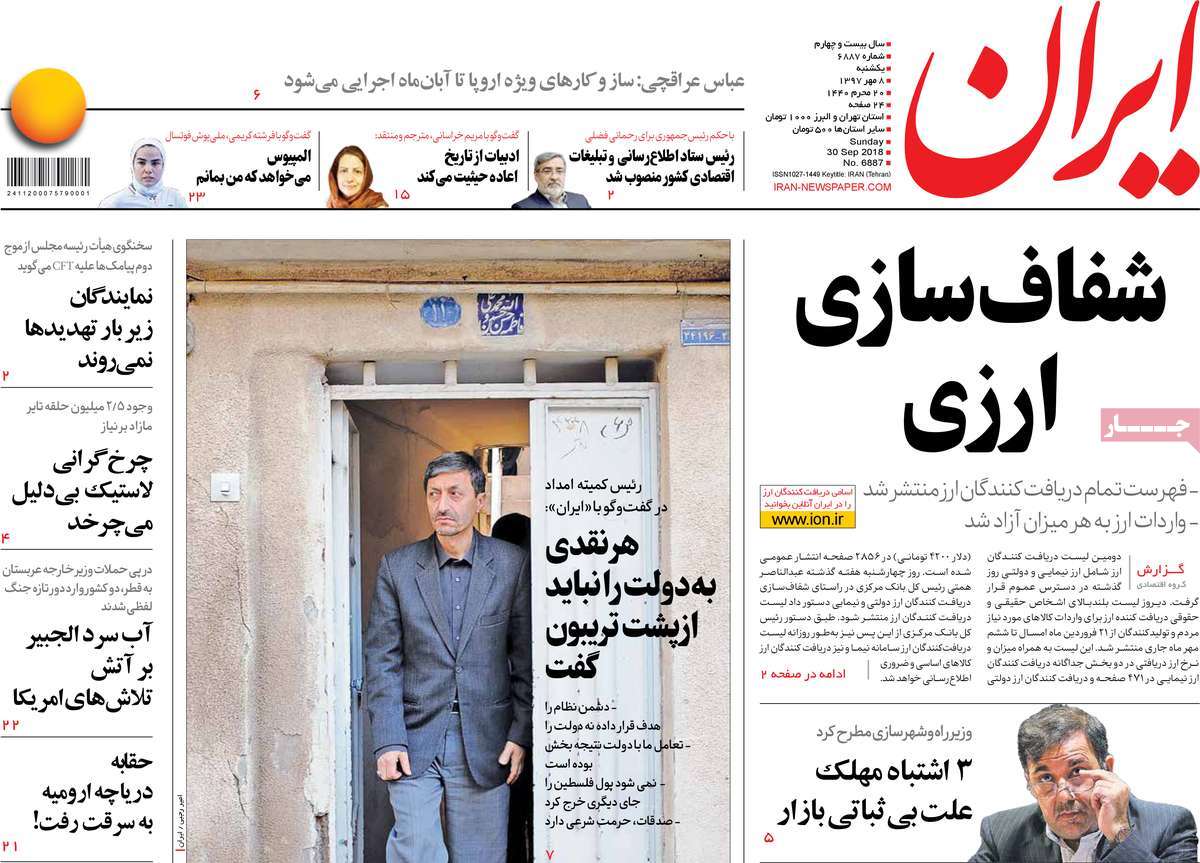 1- You Isolated the US, Now What Will You Do with Economy? 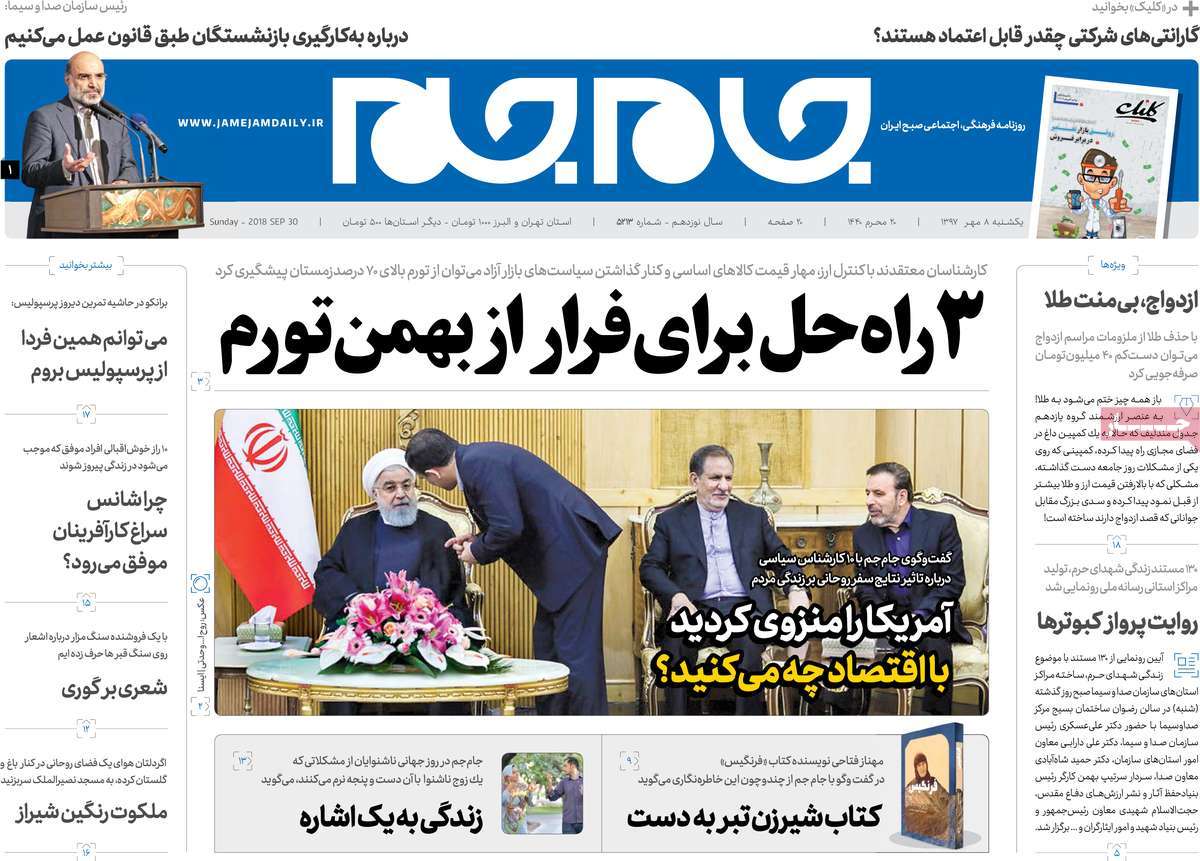 2- IRGC Chief: Iran to Give Crushing Response to Enemies 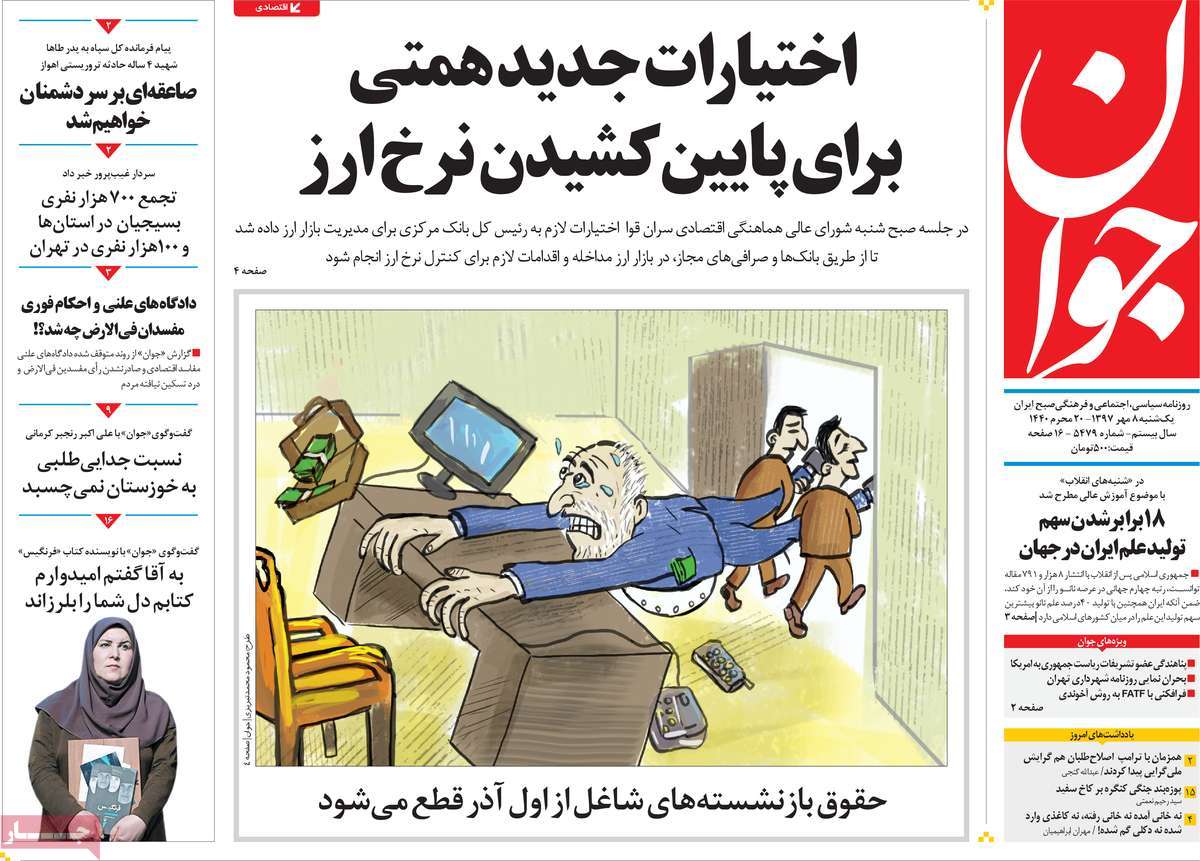 2- Cambridge Professor: FATF an Instrument of US 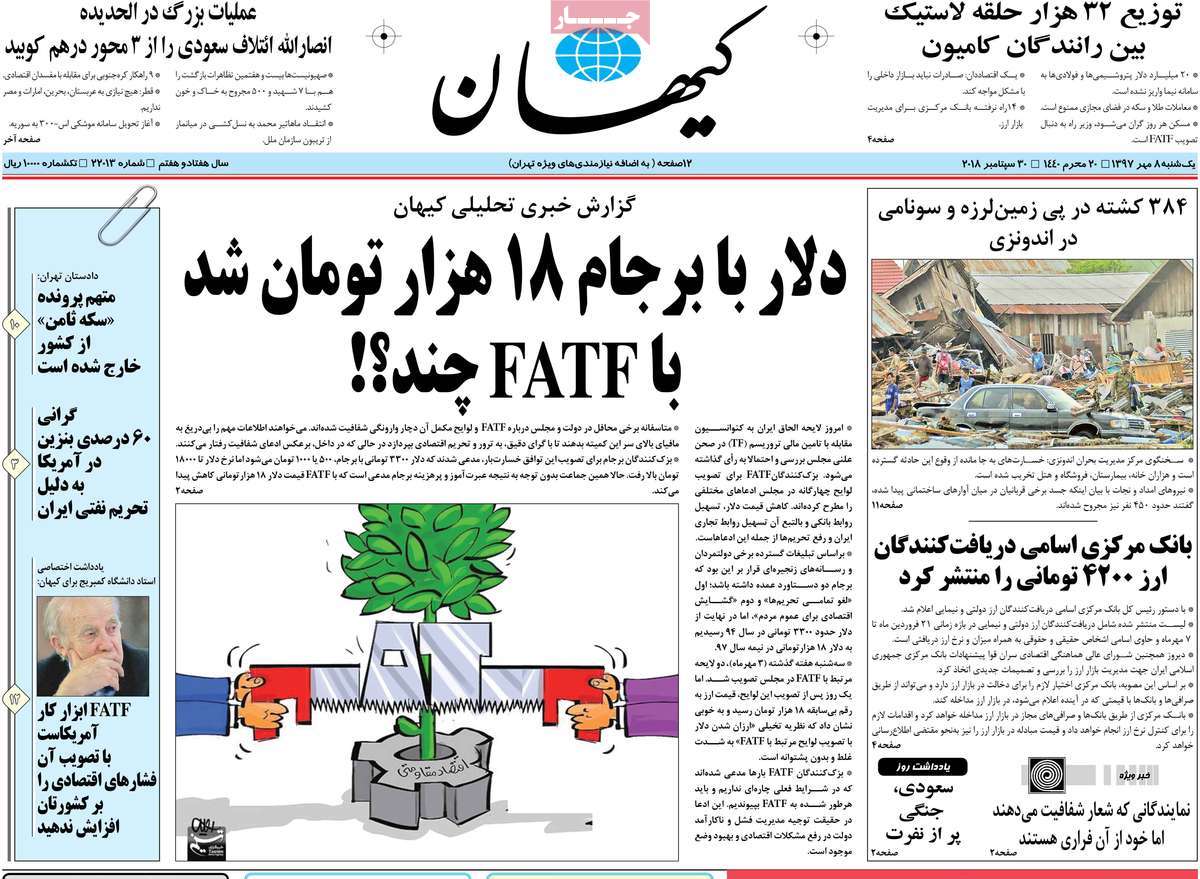 1- Government on Verge of Reshuffle

2- Suicide in Iran, Half of the World Average 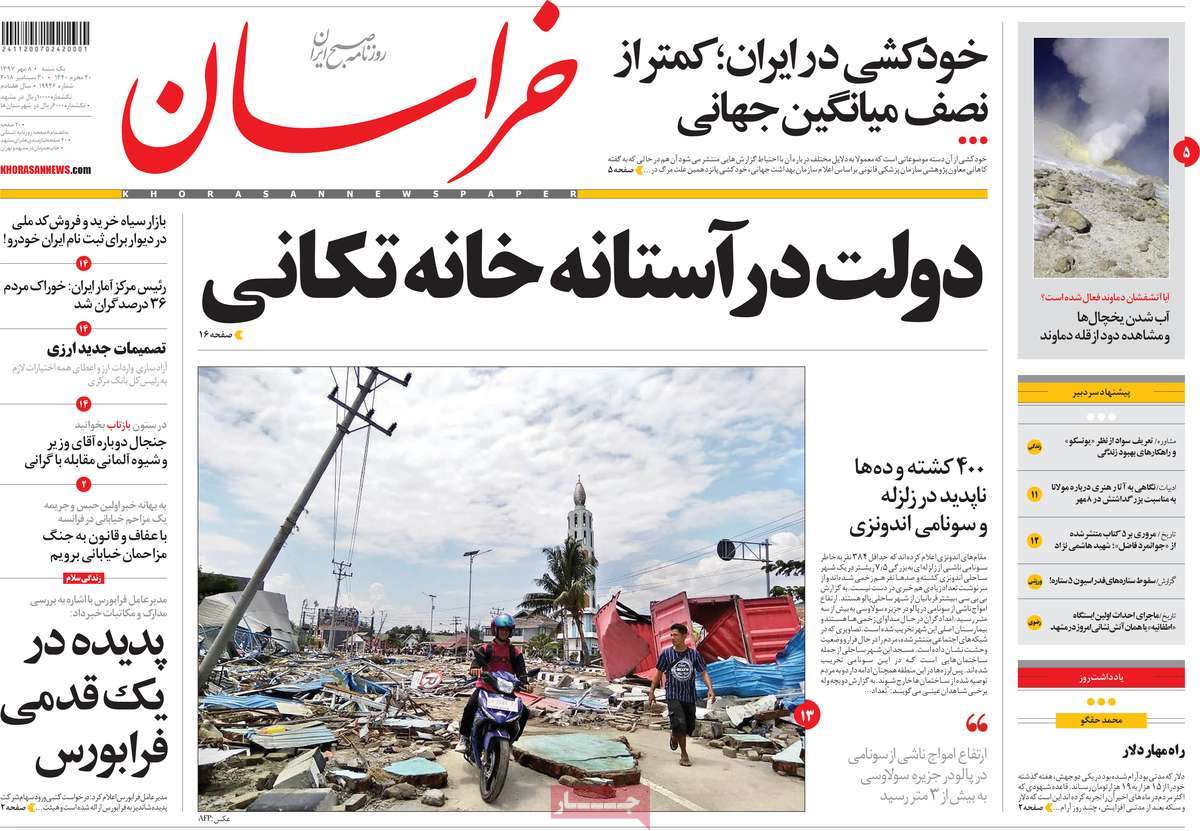 1- Victory of Liberalism over Imperialism: How Rouhani Changes Iran, US Places at UN

2- Iran Parliament to Discuss Bill on Accession to CFT Convention 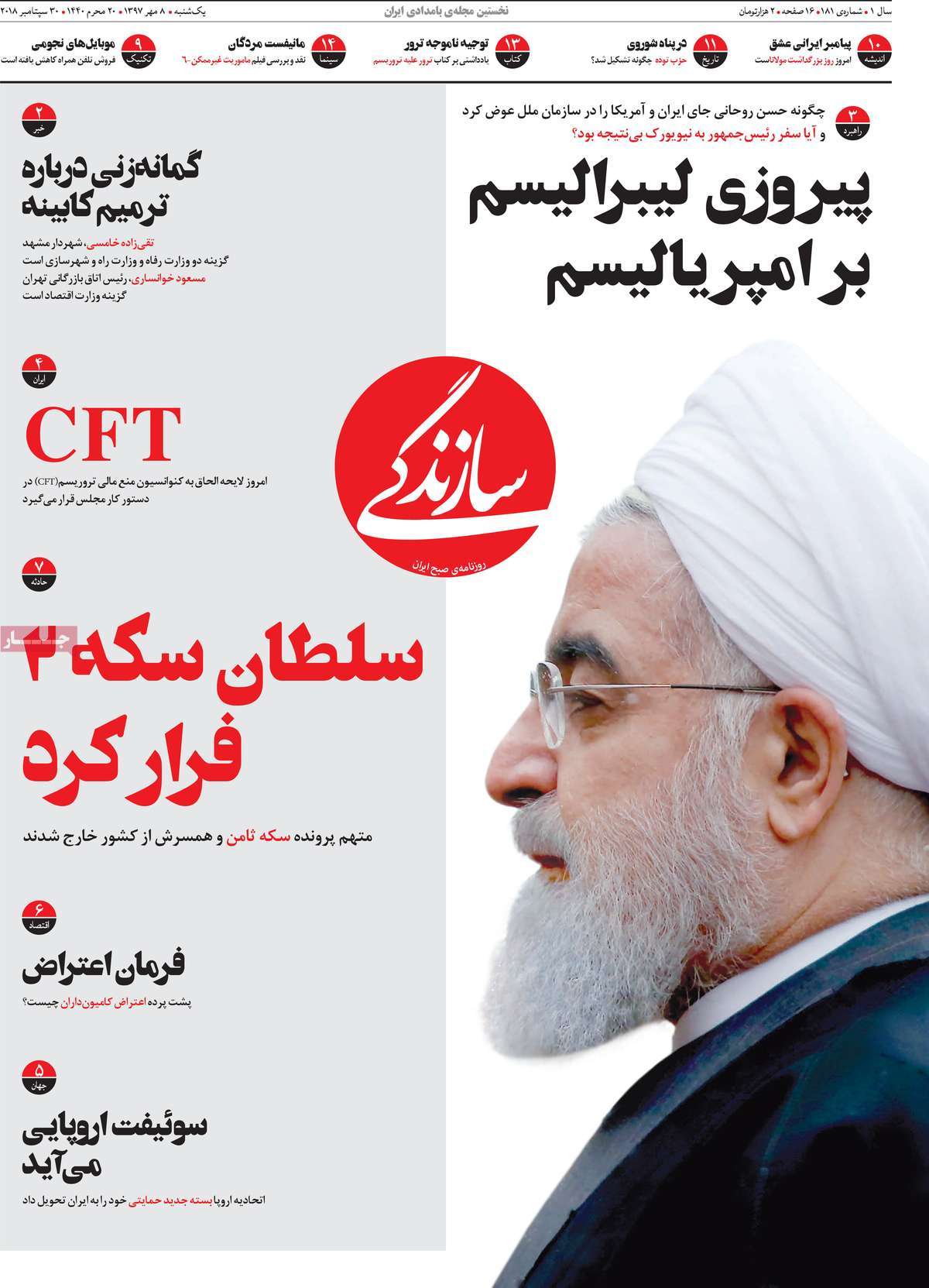 1- Luxurious Birth Date: A Report on ‘Special Date’ Which Made C-Sections Crowded 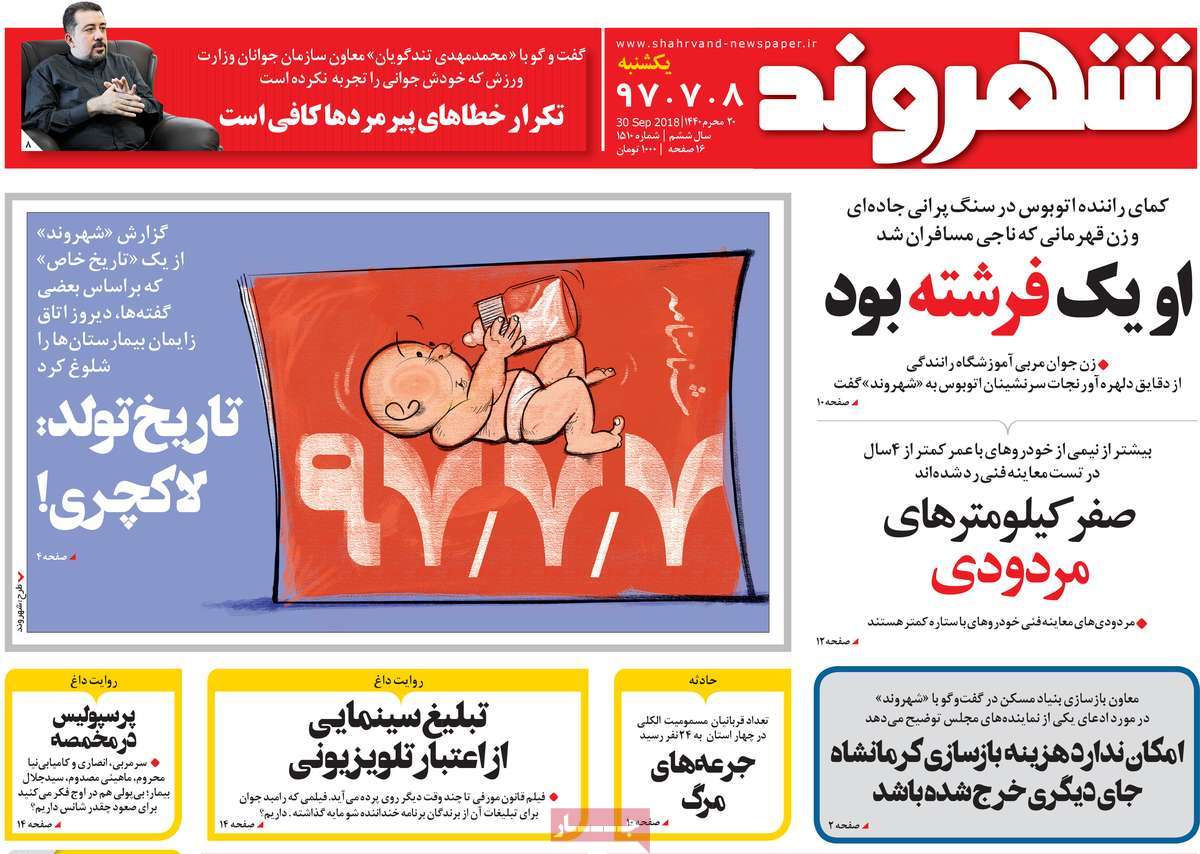 1- Issues of Iran, Oil on Negotiating Table in Bin Salman’s Visit to Kuwait

2- Continued Chaos in Market: Iranian Economy on Path of Shock-Therapy 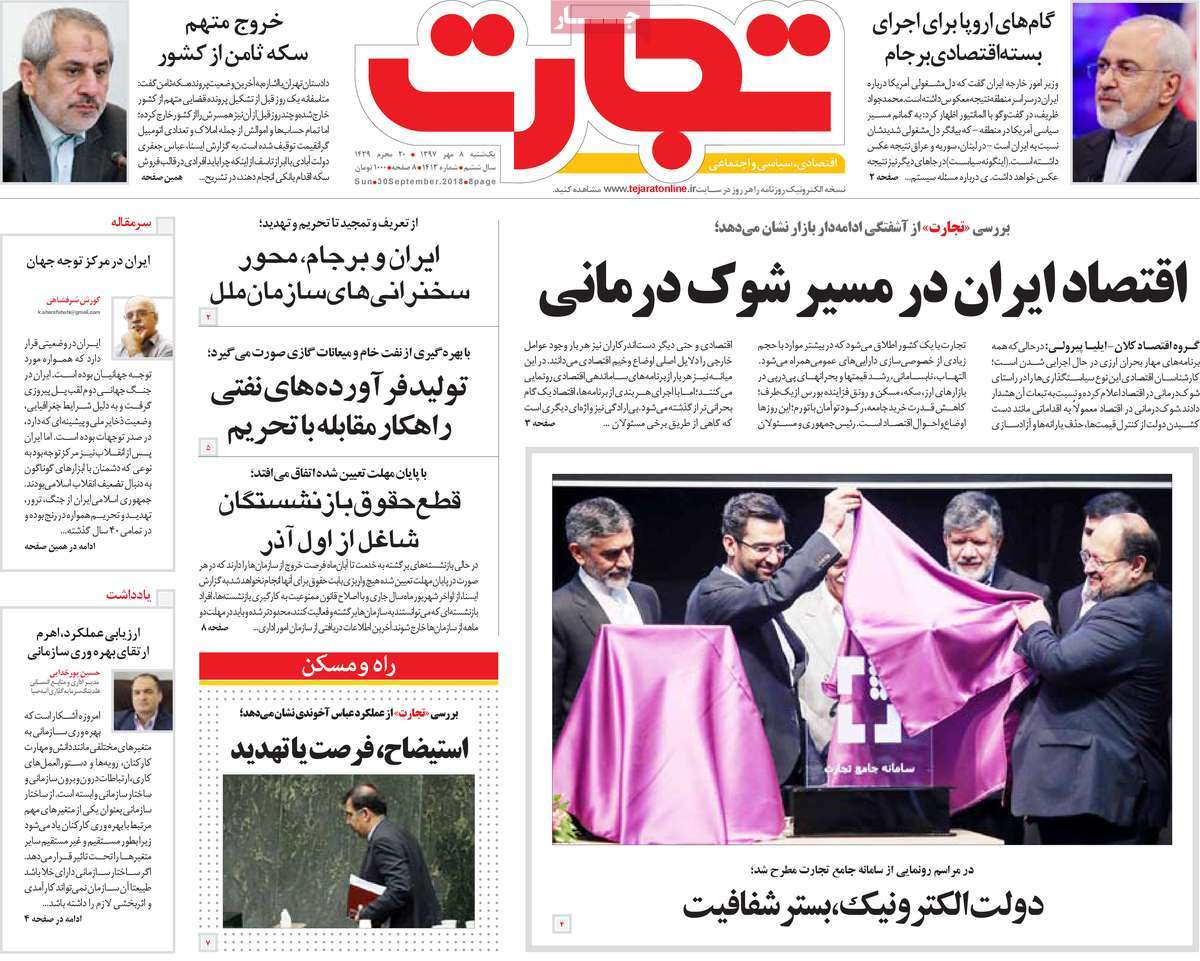 1- IRGC Navy General on Decreased Iran-US Encounters: US Has Come to Its Senses, Behaved Itself 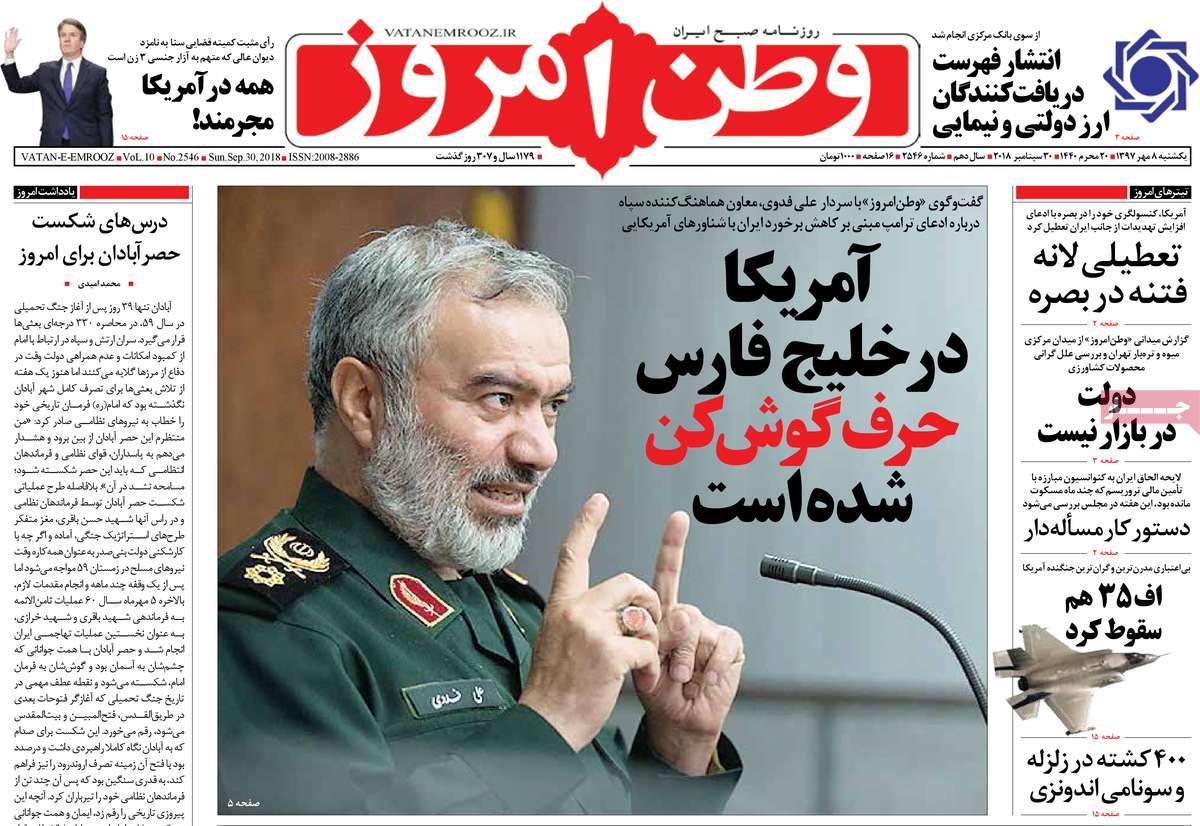