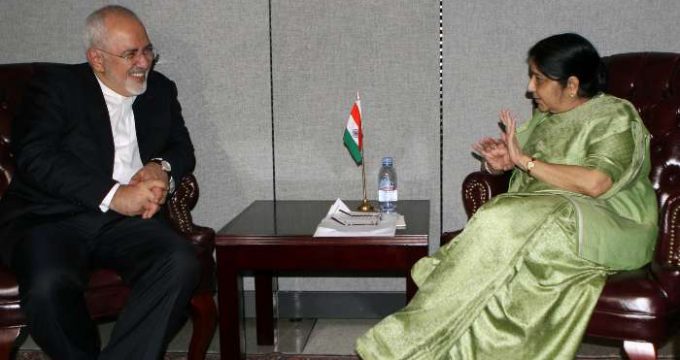 Reuters – India is committed to buying Iranian oil and continuing the two nations’ economic cooperation, the Iranian foreign minister said after a meeting with his Indian counterpart and ahead of U.S. sanctions aimed at halting Tehran’s oil exports.

U.S. President Donald Trump’s May withdrawal from an international nuclear pact with Iran was followed up with plans to impose new sanctions against the third-largest producer among the Organization of the Petroleum Exporting Countries (OPEC).

Washington is pushing allies to cut Iranian oil imports to zero once the sanctions start on Nov. 4.

“Our Indian friends have always been categorical in terms of their intention to continue economic cooperation and (the) import of oil from Iran. And I heard the same statement from my Indian counterpart,” Zarif said when asked if India has given an assurance about continuing with oil imports.

India, Iran’s second-biggest oil client behind China, has already reduced its intake of Iranian oil but has not yet decided whether to end purchases completely.

In the previous round of sanctions, India was one of the few countries that continued to trade with Iran.

The Indian-backed Chabahar port complex in Iran is being developed as part of a new transportation corridor for land-locked Afghanistan. The complex could open the way for millions of dollars in trade and cut India’s dependence on sometimes-hostile neighbor Pakistan.

The plant is expected to be operational by 2019.

India is looking at providing a $3.5 million-equivalent bank guarantee for development of the port through UCO Bank, another Indian government source said.

Zarif said that Chabahar is still functional and Iran wants to expand its capacity with support from Indian and other investors.