A Look at Iranian Newspaper Front Pages on September 29

Iran Front Page – IFP has taken a look at the front pages of Iranian newspapers on Saturday, September 29, 2018, and picked headlines from 18 of them. IFP has simply translated the headlines and does not vouch for their accuracy.

The top story in all papers today was the latest claim made by Israeli Prime Minister Benjamin Netanyahu during his address to the UN General Assembly, which was widely mocked by Iranian netizens and media.

Netanyahu claimed there is an undeclared and secret nuclear warehouse in a village called Turquzabad, located in southern Tehran. However, the village’s name is close to a term Iranians use to refer to a place whose name they don’t know, or a “nowhereland”. Many journalists and people even went to the village in southern Tehran and took photos and videos to further ridicule the Israeli premier.

Several papers also covered the EU’s vow to establish a Special Purpose Vehicle (SPV) in order to maintain and facilitate trade with Iran under the US sanctions. Based on the new initiative, the bloc is going to open special channels for payment to/from Tehran as part of its efforts to salvage the Iran nuclear deal.

2- Zarif: Israel Only Regime in the World with Secret Nuclear Plan 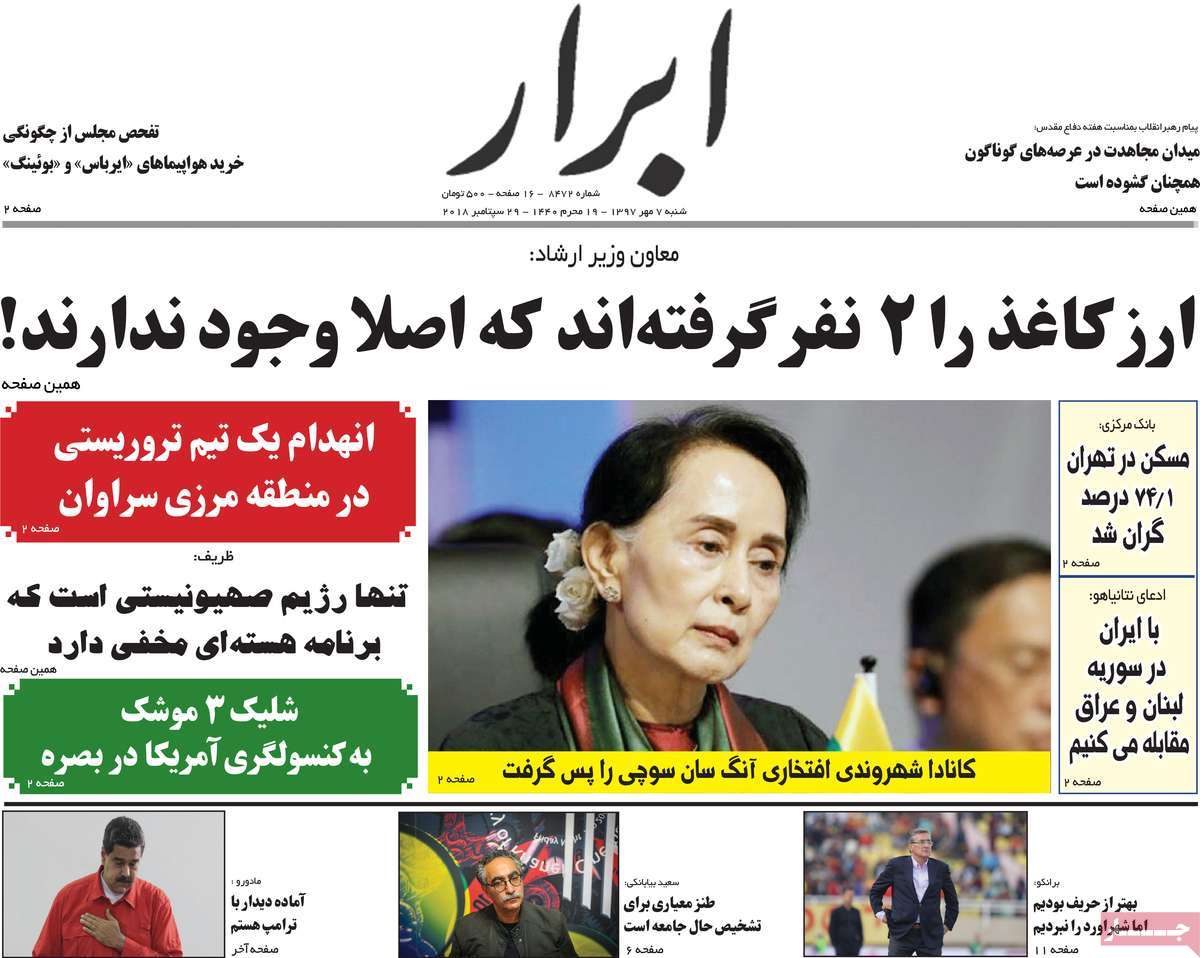 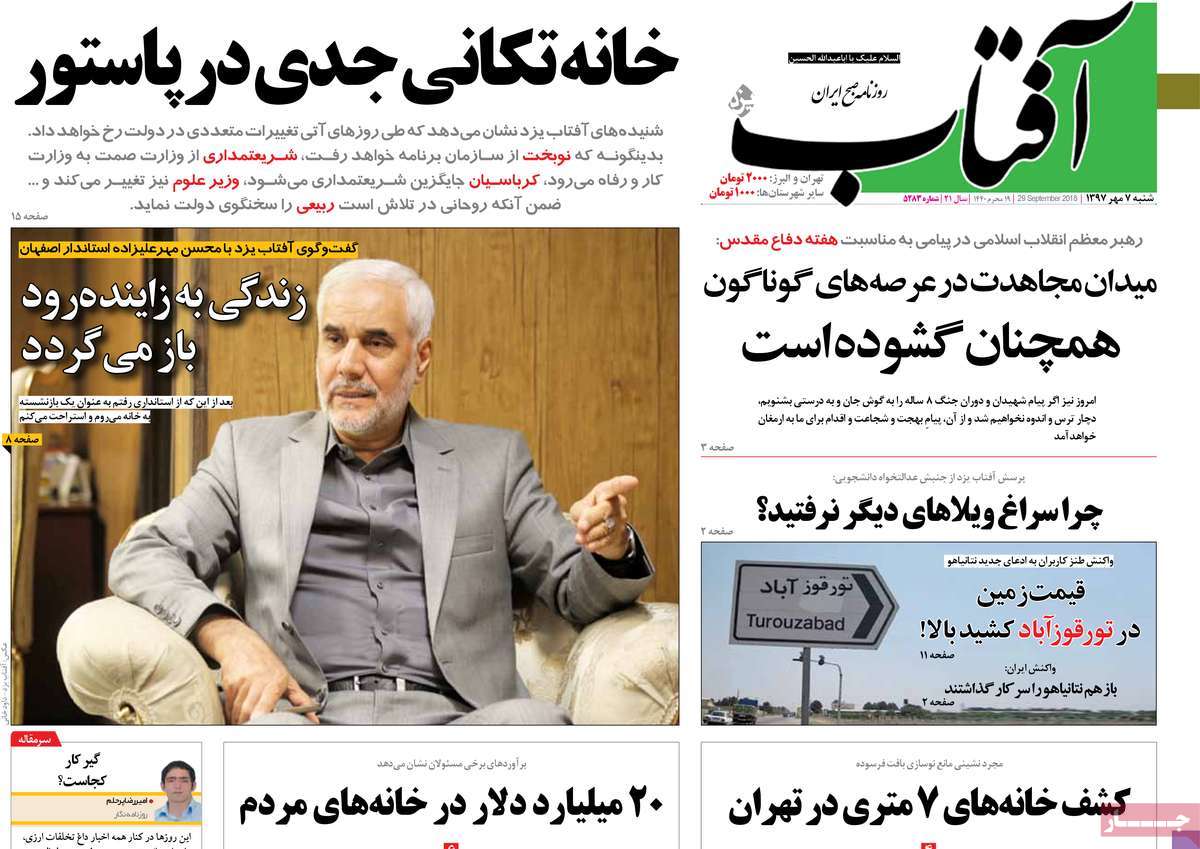 1- Zarif Says 7 European Banks Will Open Payment Channels with Iran: Only in Euro

2- I’m Sorry We Have Only Two Female Ambassadors after 40 Years: Official 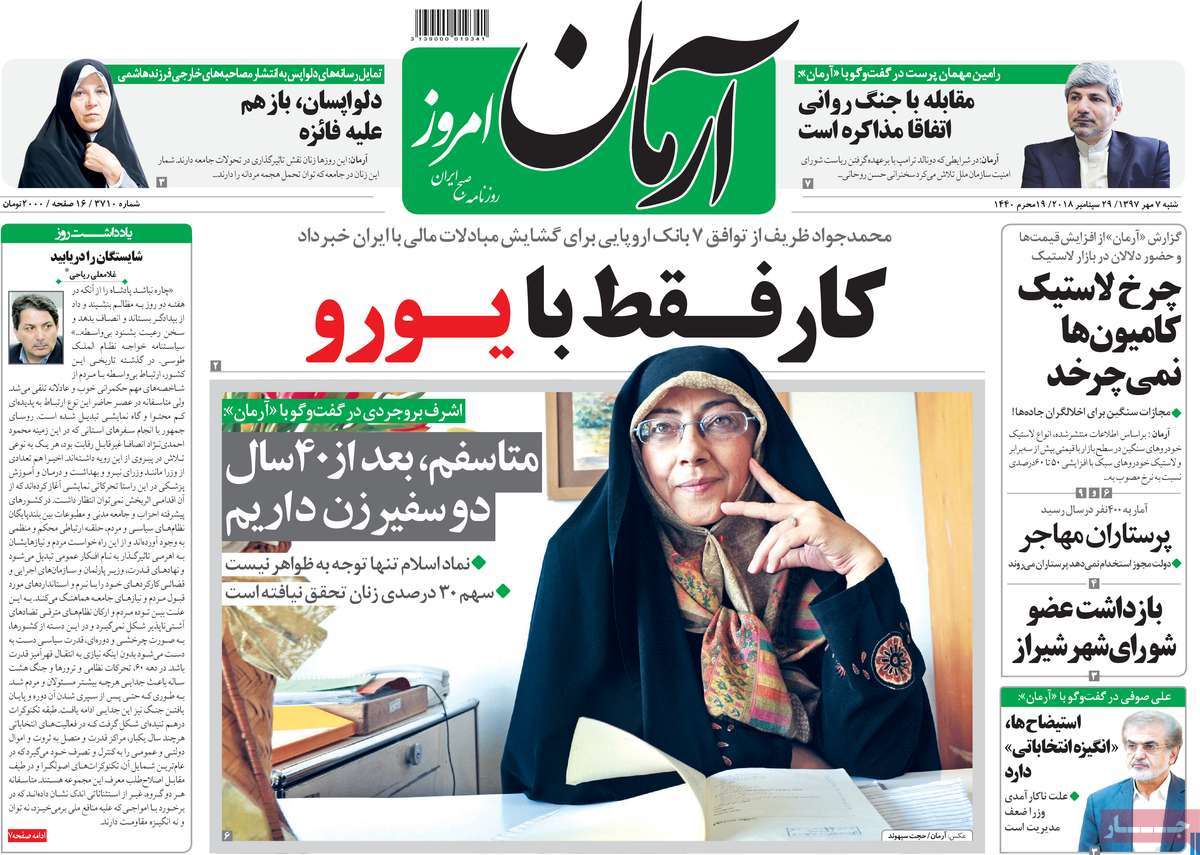 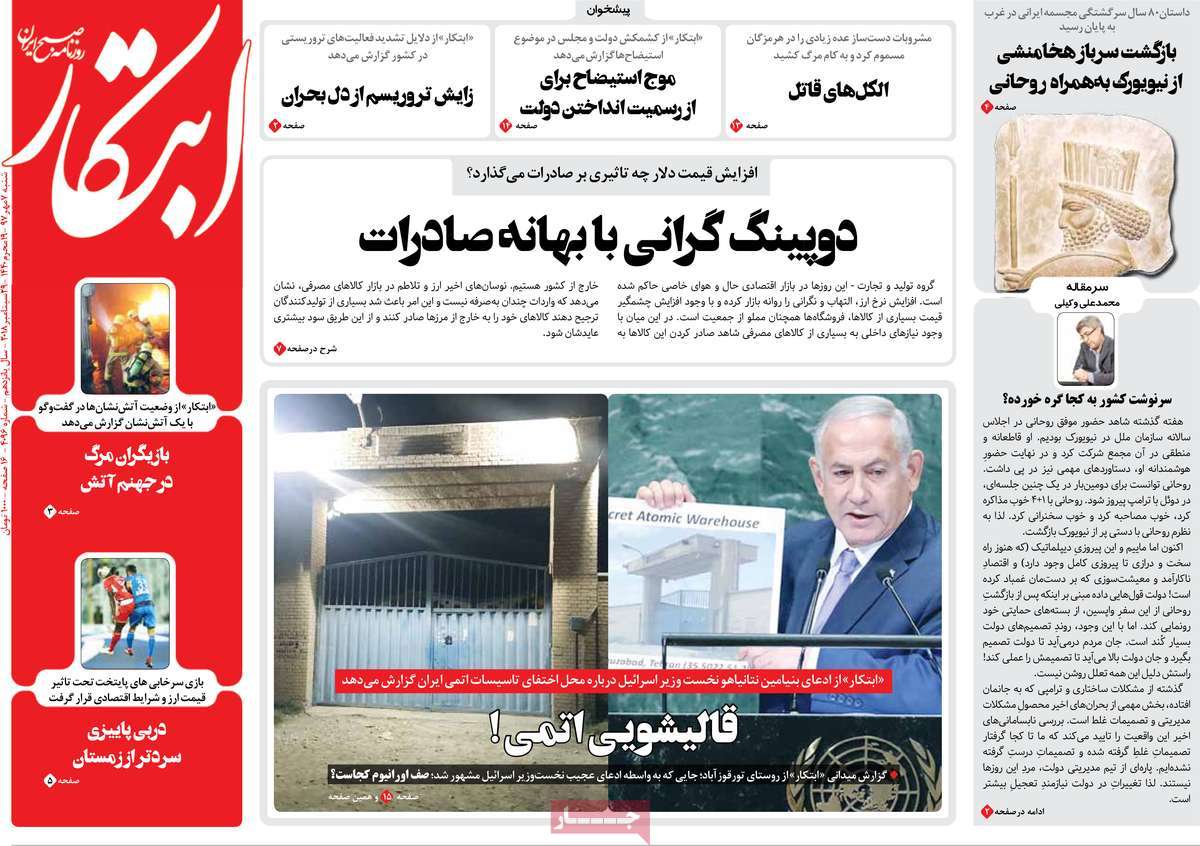 2- Iran: Bibi’s Latest Theatrics Not Even worth a Response

1- Mogherini: EU’s SPV for Maintaining Iran Trade to Be Established before November

4- Iran’s Top General: We Should Use Our Sacred Defence Experiences to Counter US’ Psy-War 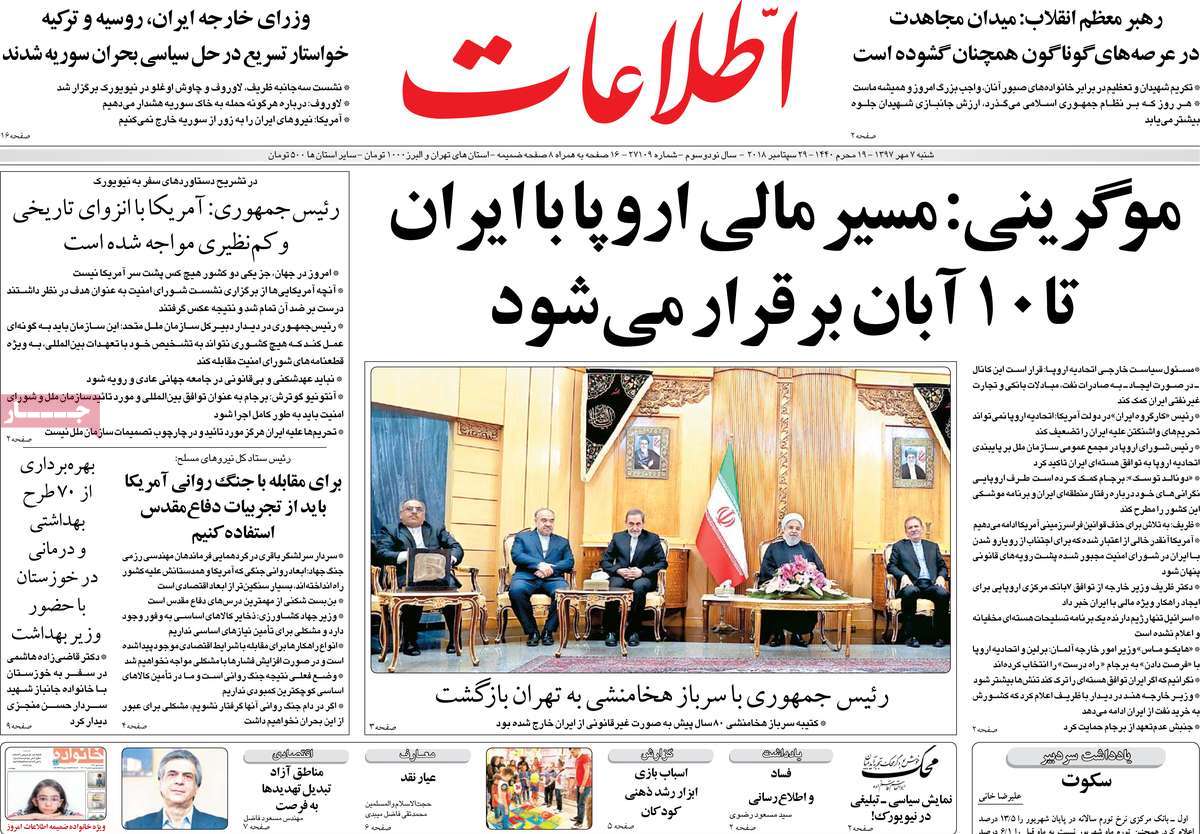 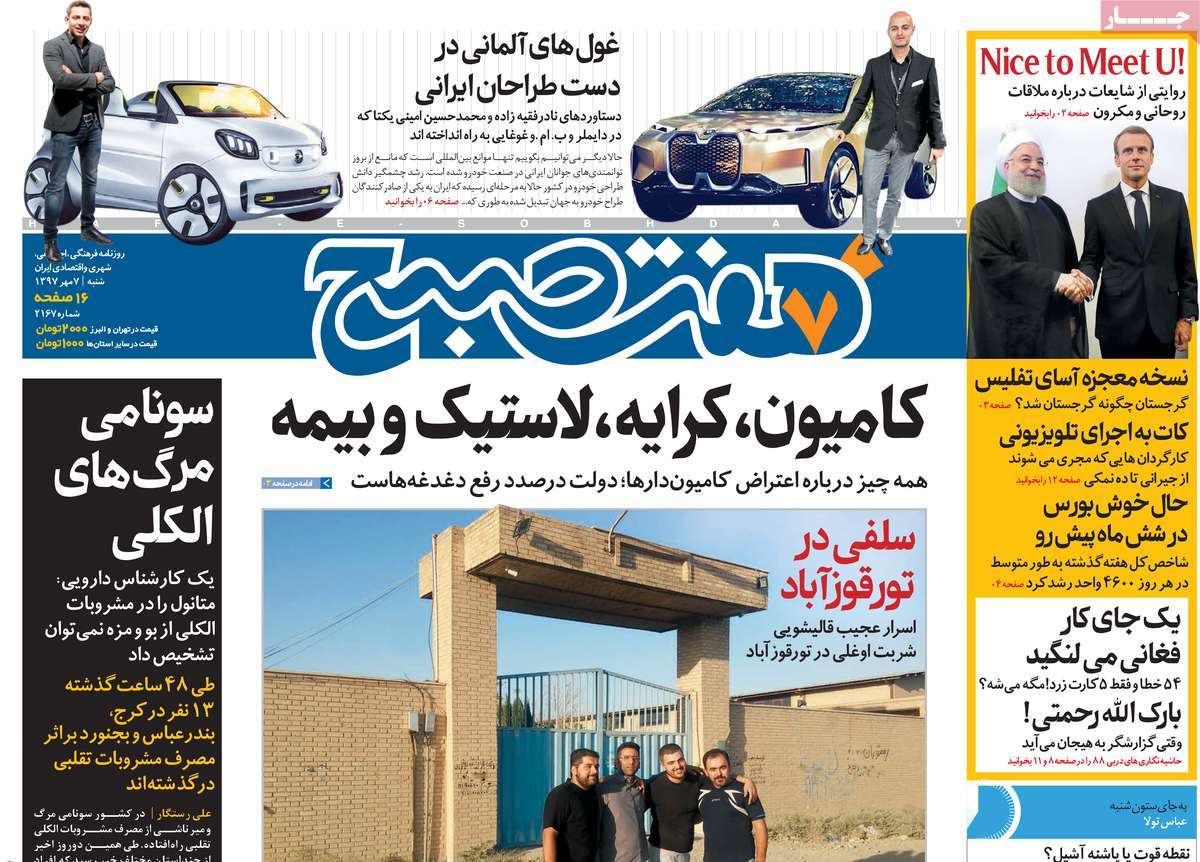 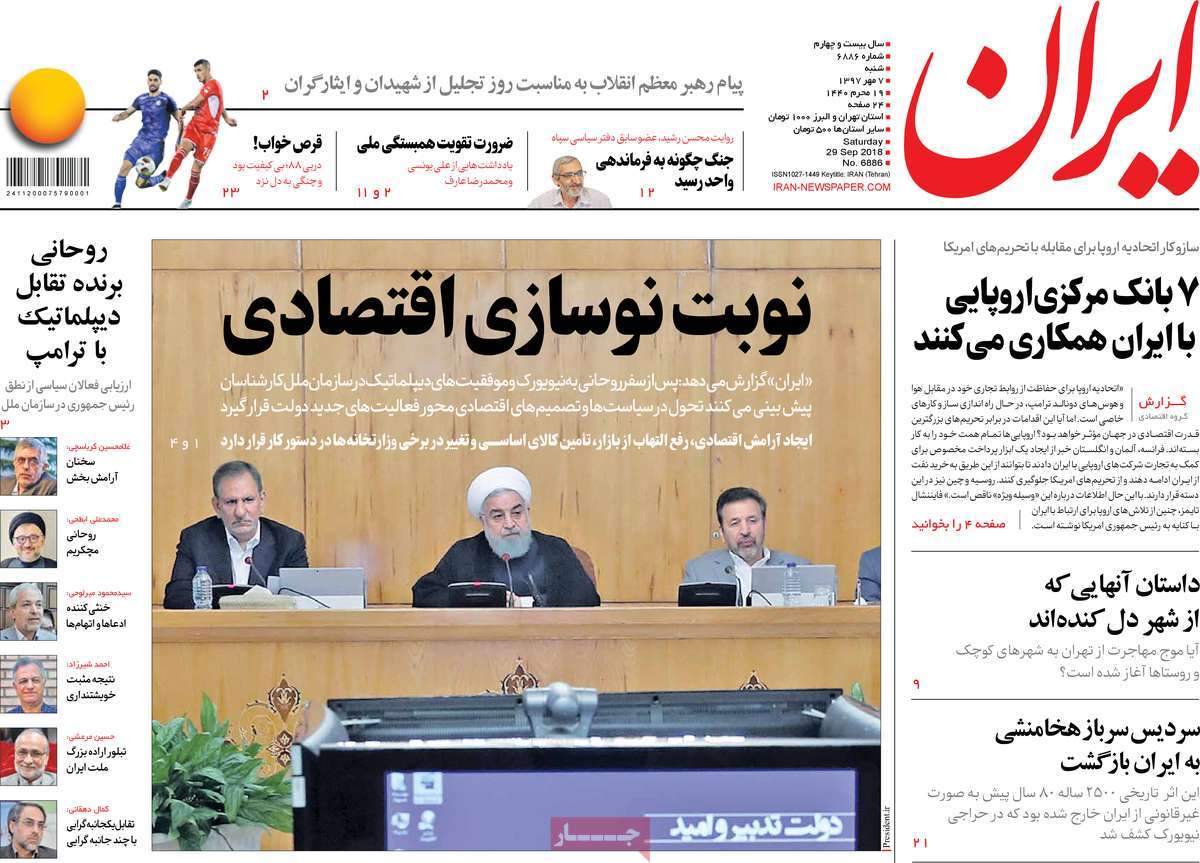 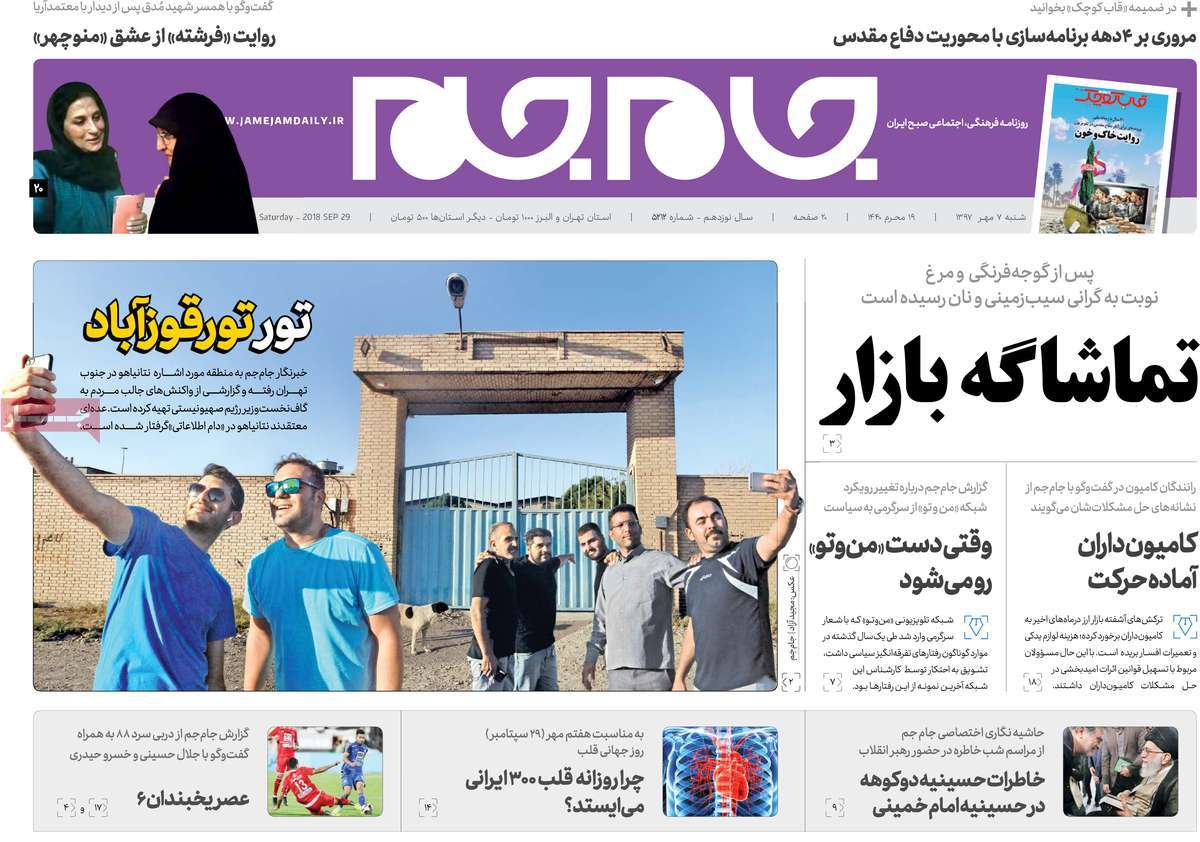 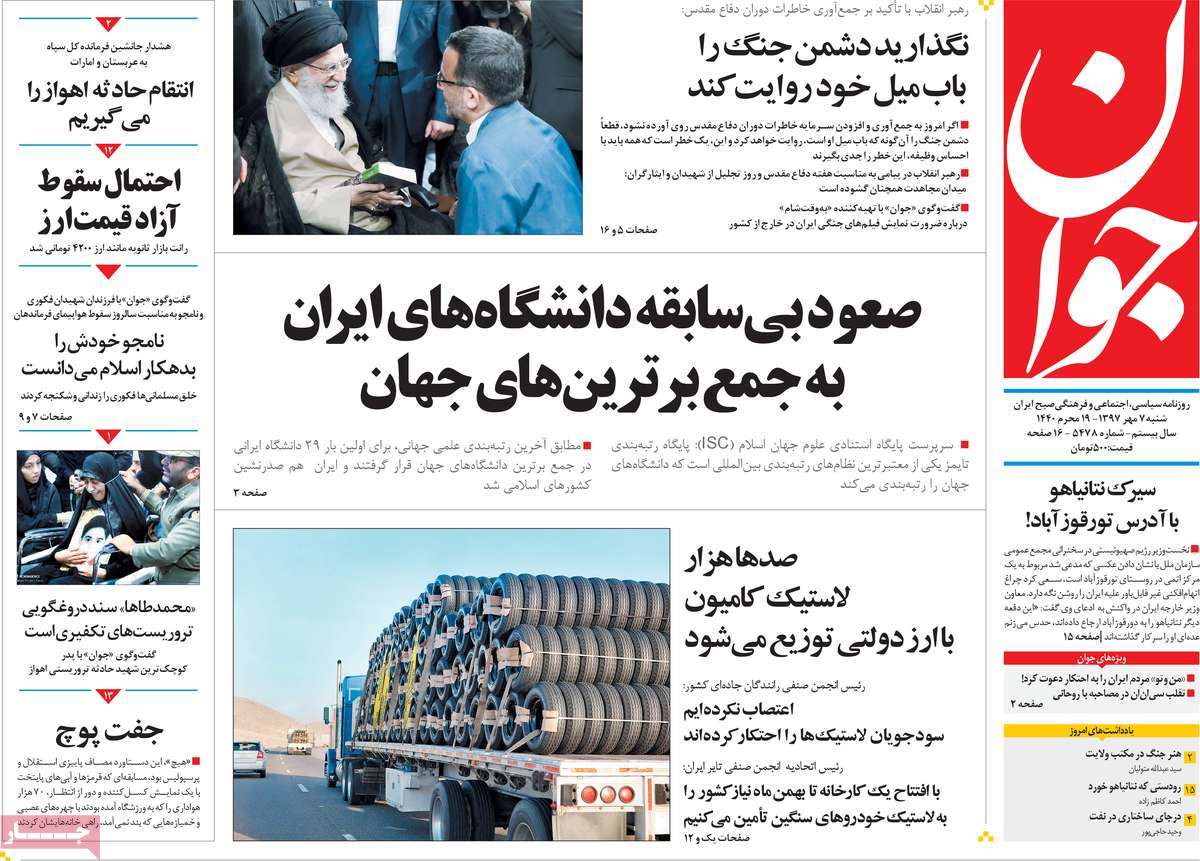 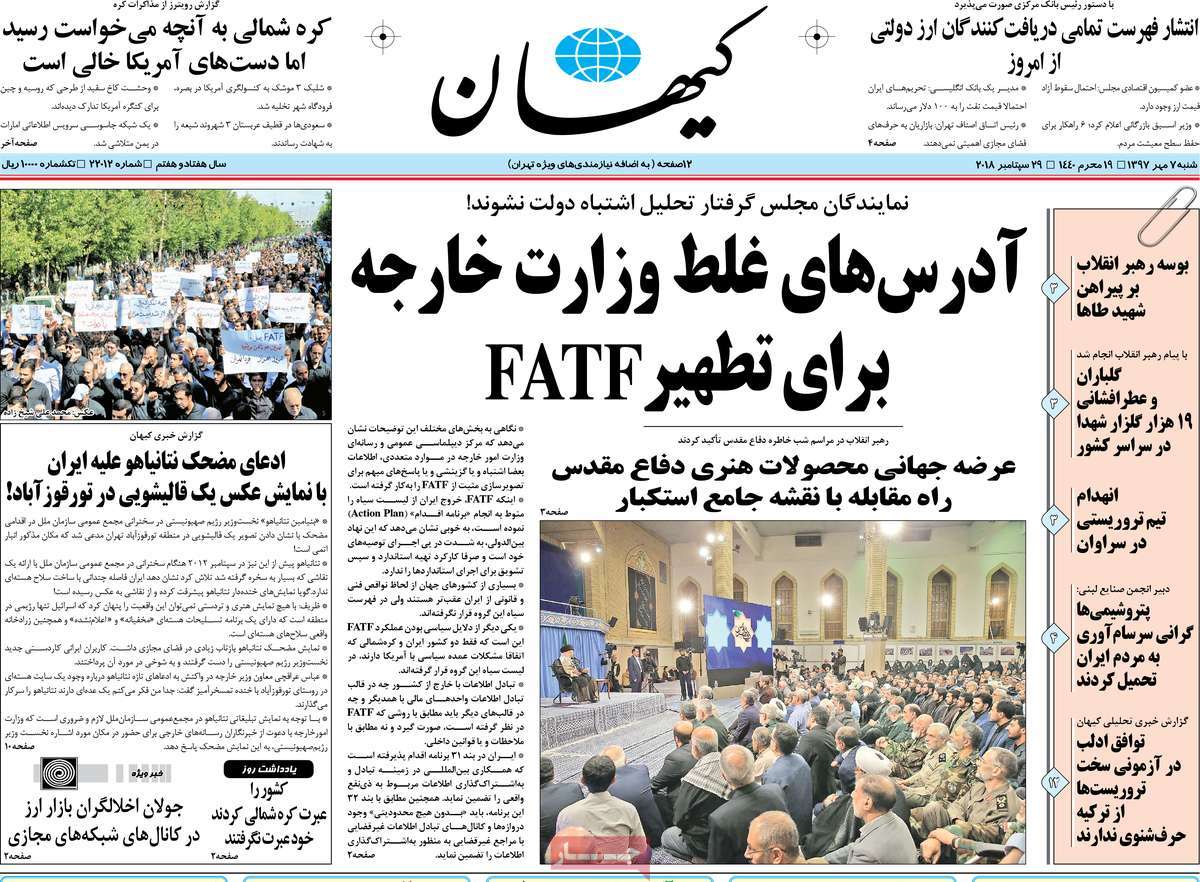 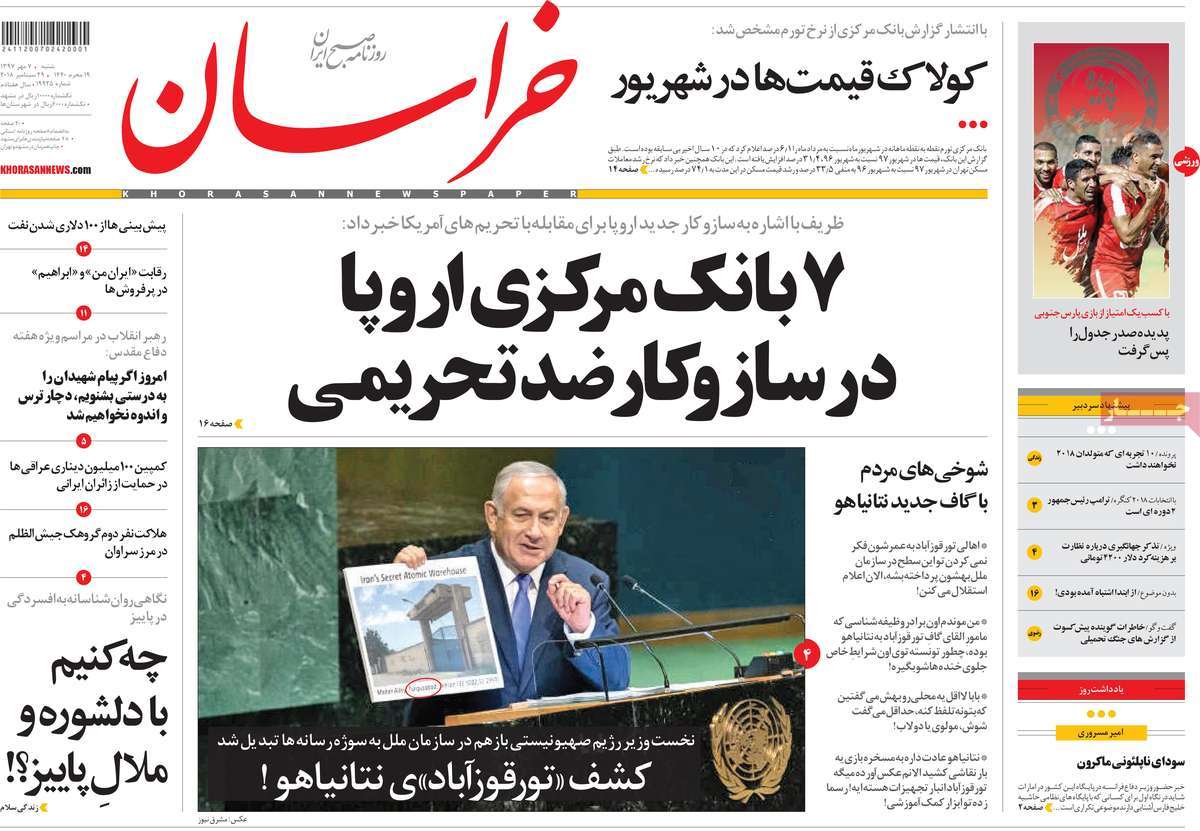 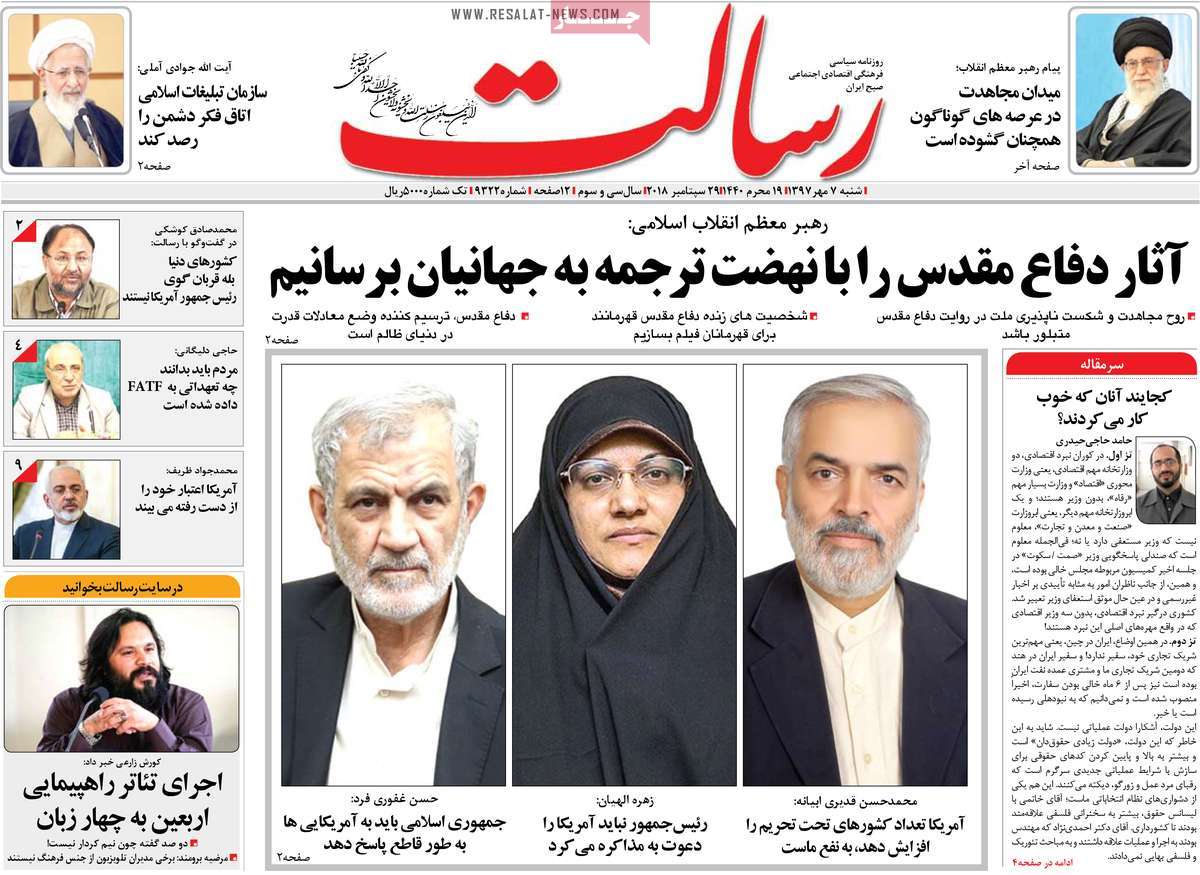 2- Dealers or People’s Fear of Shortage: Which One Has Disrupted Iranian Markets? 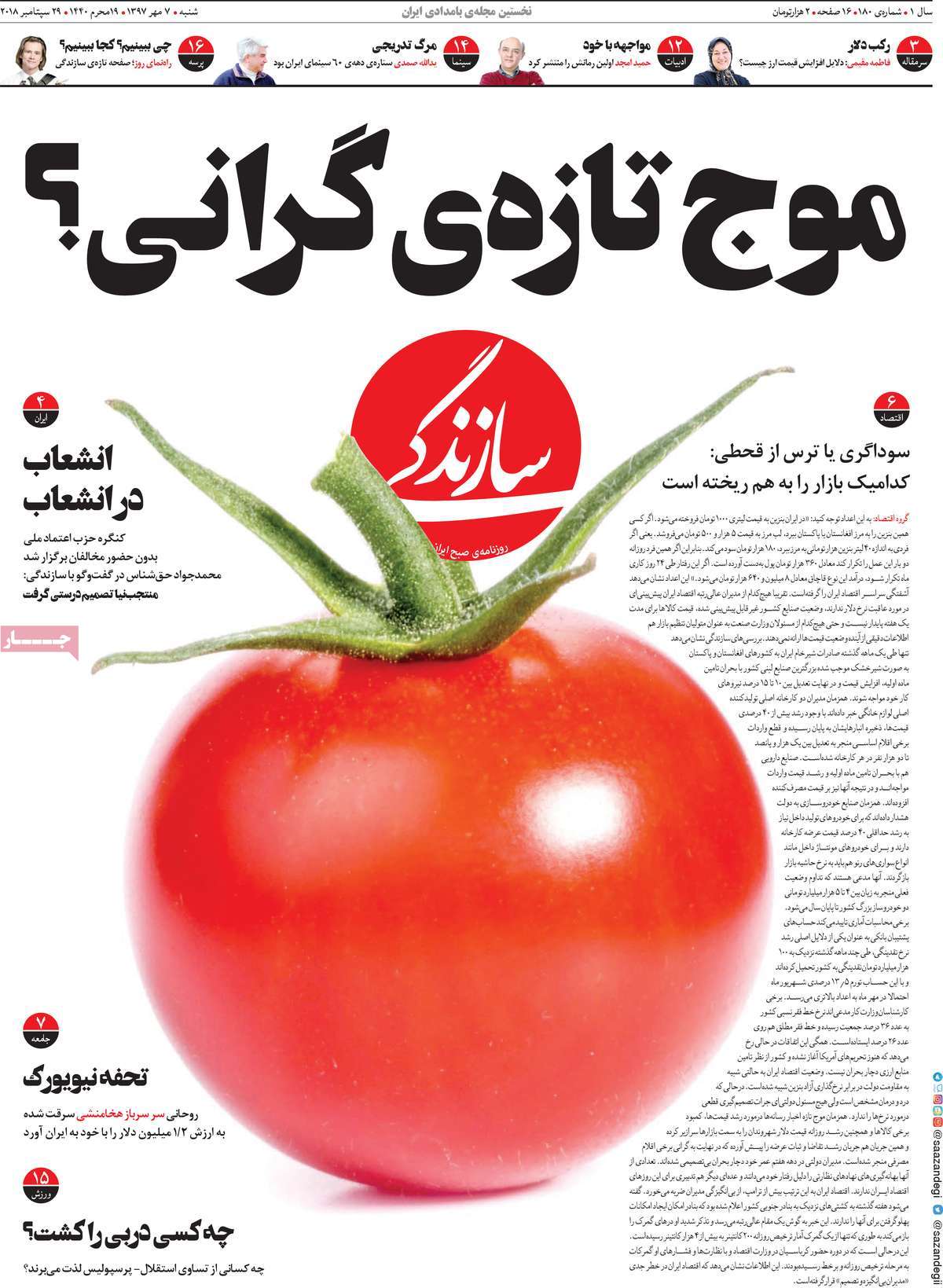 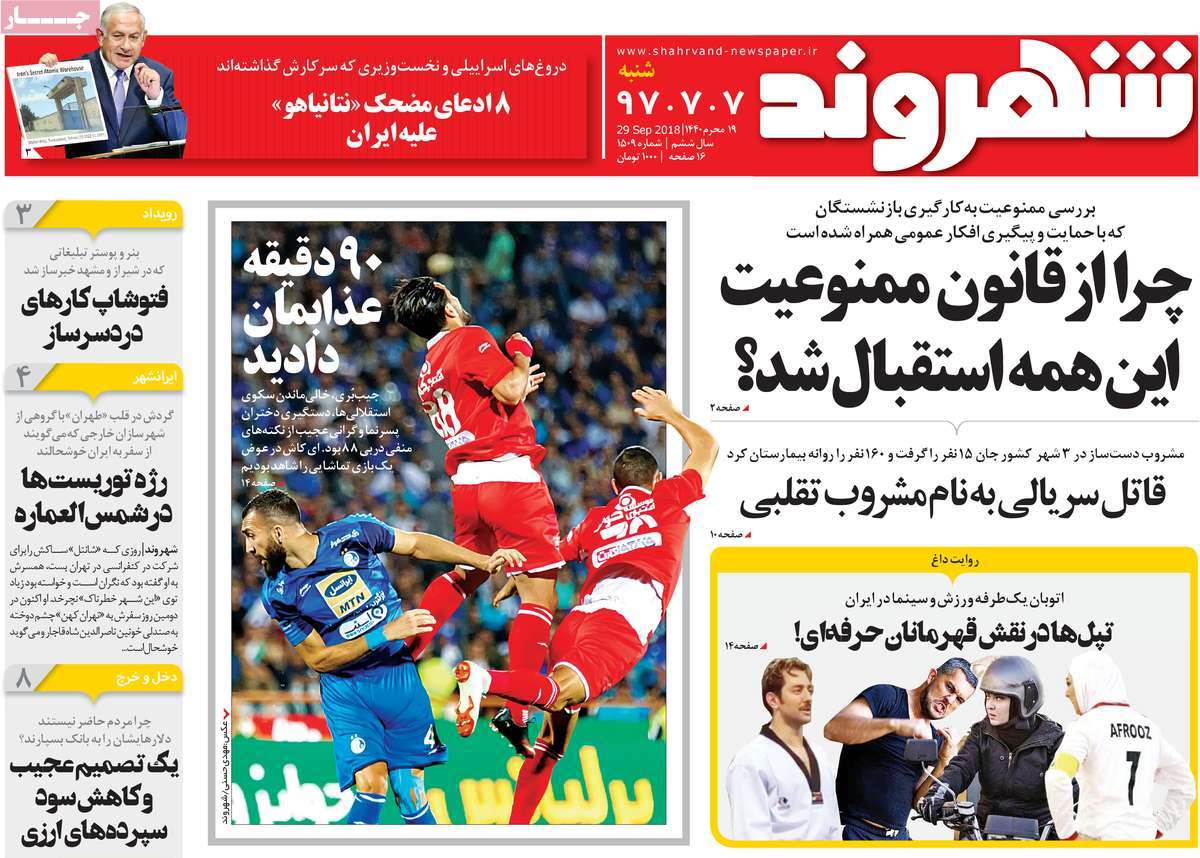 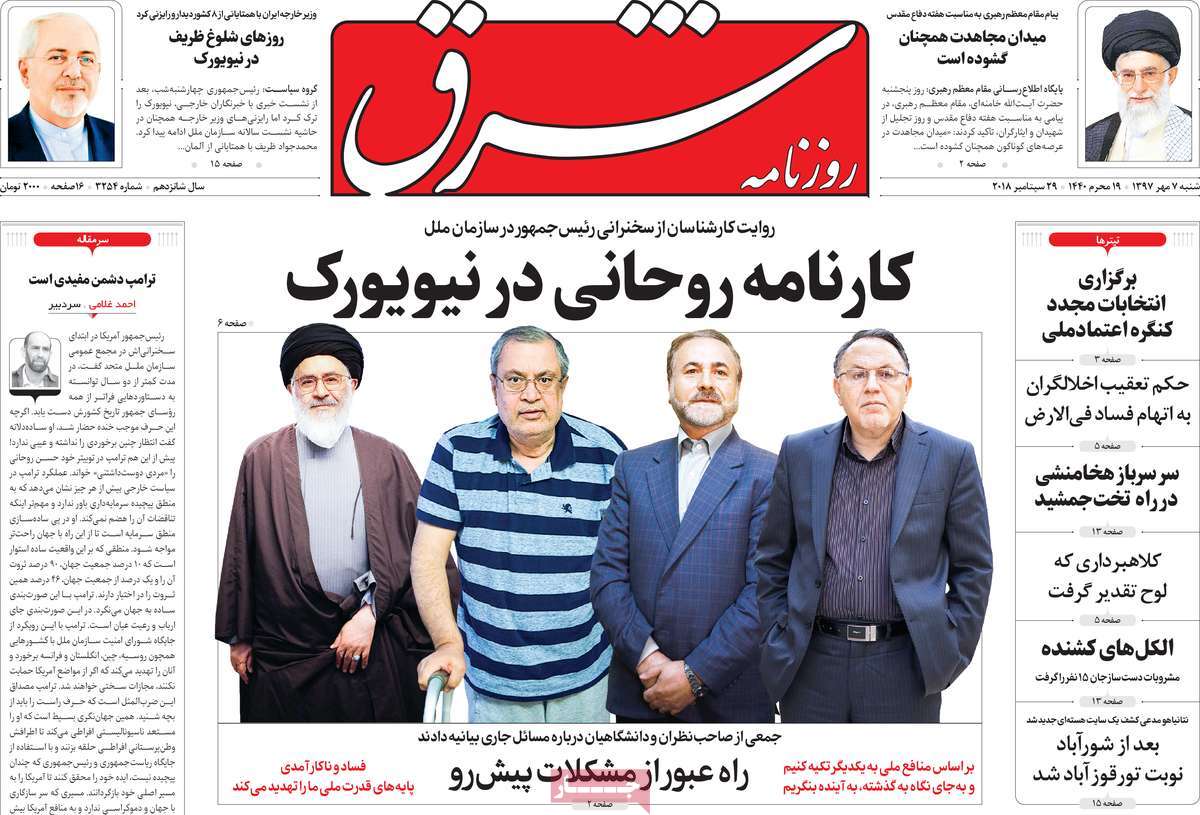 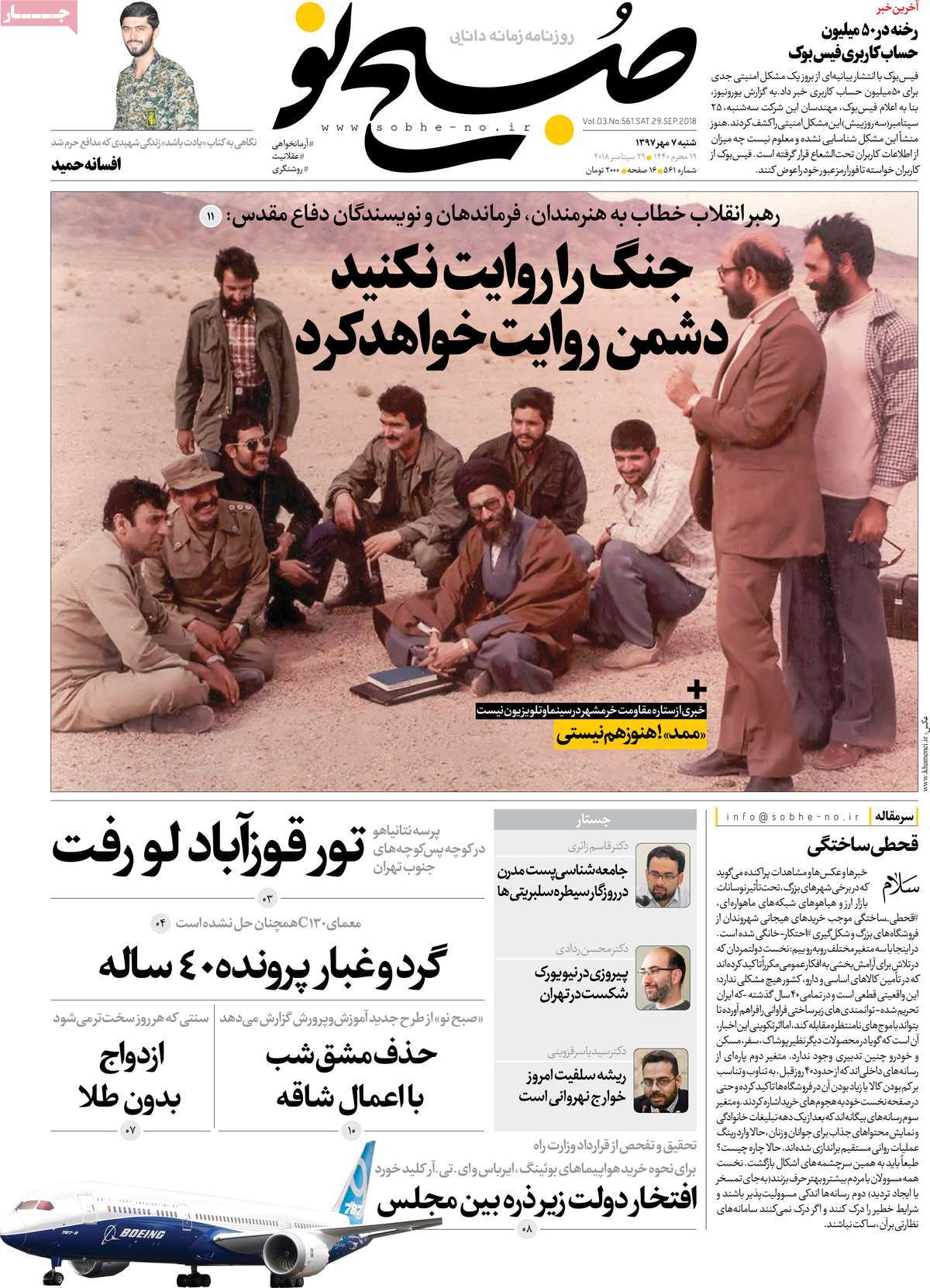 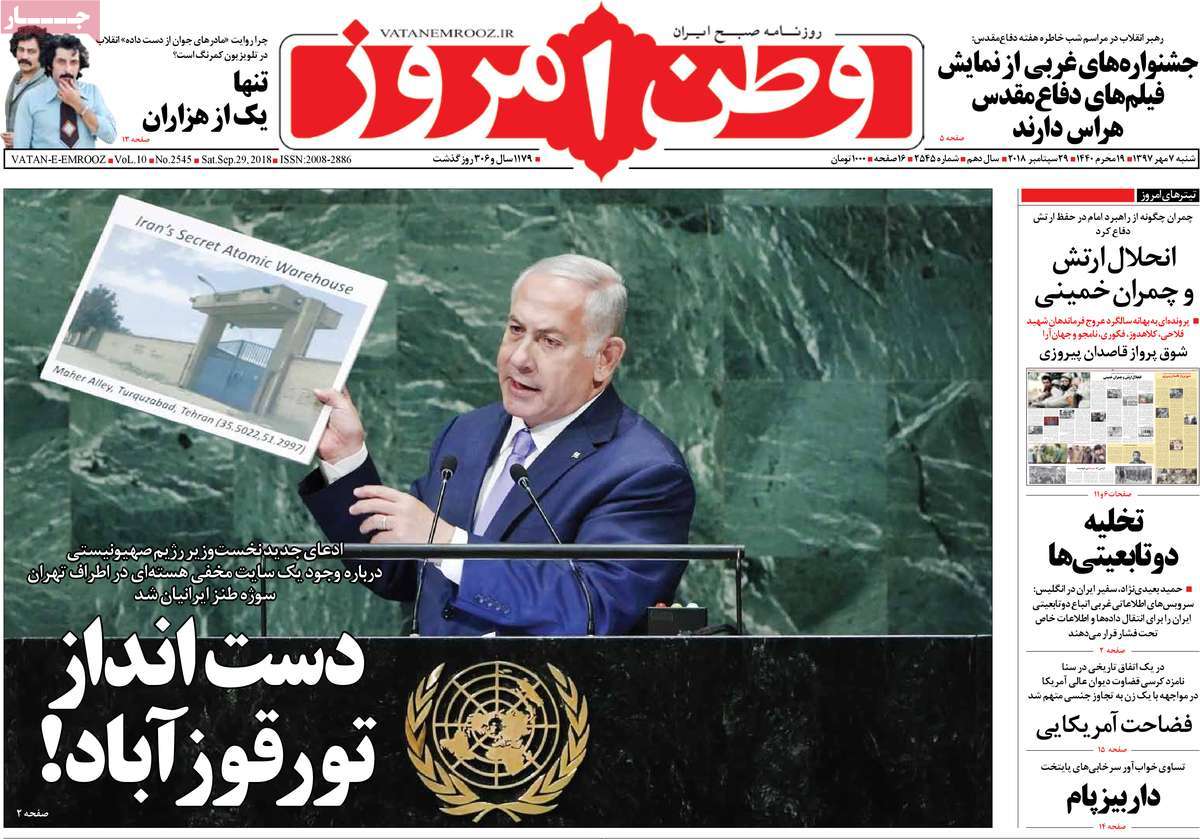