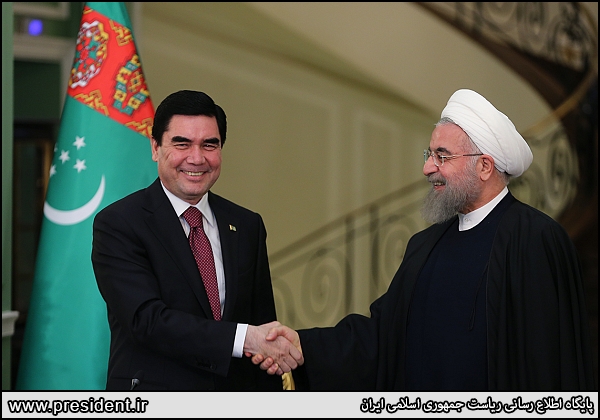 Tasnim – Iranian President Hassan Rouhani hoped for the development of relations with neighboring Turkmenistan which he hailed as a developed country.

In a message to Turkmen President Gurbanguly Berdimuhamedow on Thursday, Rouhani congratulated the government and people of Turkmenistan on the 27th anniversary of independence from the Soviet Union.

Highlighting the cordial and premium relations between Tehran and Ashgabat since Turkmenistan’s independence and their mutual respect for principles of good neighborliness, Rouhani said Turkmenistan has now turned into a developed and different nation under Berdimuhamedow’s leadership.

He also expressed hope that Iran and Turkmenistan would tap into their rich cultures and common historical background to boost political, economic and cultural ties for stronger peace and stability in the region and for the welfare of their nations.

The Independence Day of Turkmenistan is the main state holiday in the Central Asian country that is celebrated annually on October 27.

Iran and its northeastern neighbor have devised plans to enhance ties and increase the value of bilateral trade to $60bln in a 10-year period.