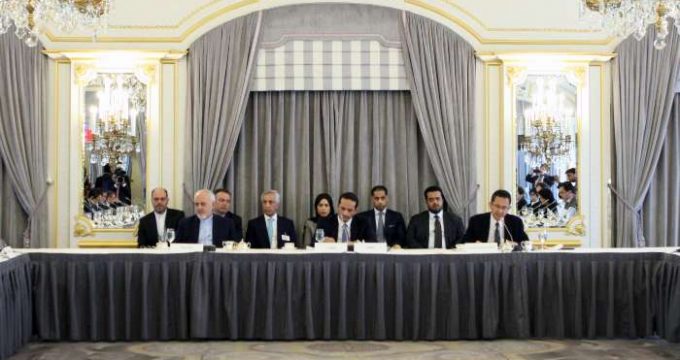 IRNA – Iran’s foreign minister attended a joint forum of Qatar and the International Crisis Group on the Middle East challenges.

The meeting was convened Thursday evening in New York.

In addition to Mohammad-Javad Zarif, foreign ministers of Iraq, Oman, Qatar and Norway also attended the meeting and discussed the latest international developments.

Zarif and their counterparts also discussed the Iran nuclear deal, the visit of Iran’s President Hassan Rouhani to New York, and regional developments.

International Crisis Group is one the most credible US think thanks, headed by Malley, the advisor of the former US President Barak Obama.