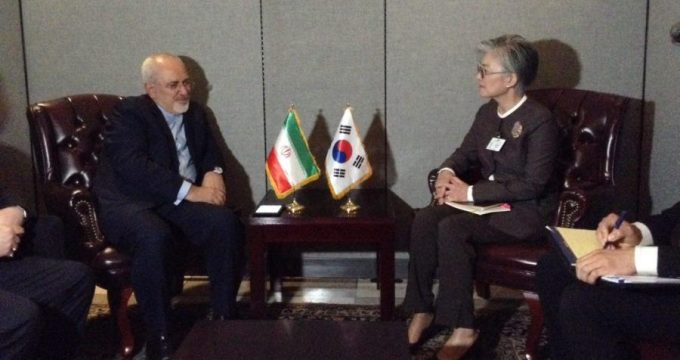 Mohammad-Javad Zarif and Kang Kyung-wha met in the margin of the United Nations General Assembly in New York on Thursday evening.

The two sides discussed the continuation of economic cooperation and the peace process in the Korean Peninsula.

The Iranian top diplomat accompanied the country’s President Hassan Rouhani in his visit to New York for attending the 73rd UNGA.

Zarif has also met with his counterparts from around the world, including the foreign ministers of remaining signatories to the nuclear deal, known as Group 4+1.